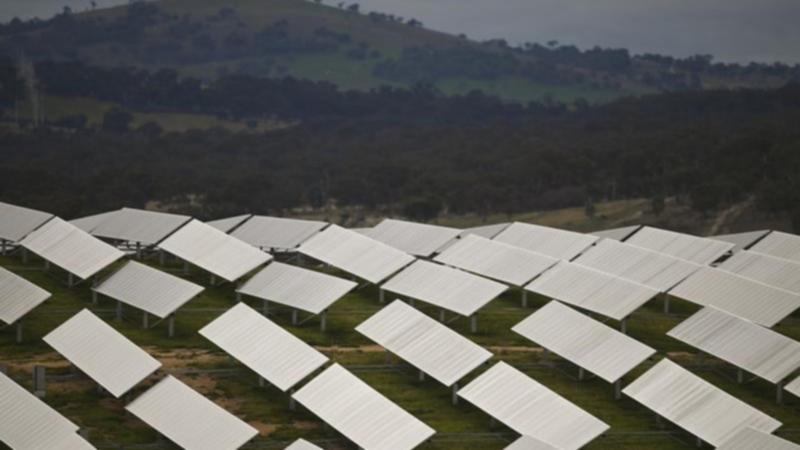 Australia’s economy is more at risk from the net zero commitments of other nations than the federal government’s measures to reach the target, new modelling has shown.

The modelling, carried out by consulting firm EY ahead of the Glasgow climate summit, found 64 per cent of the risk to Australia’s GDP will come from the net zero policies of key trading partners.

It found 82 per cent of Australia’s goods exports would be to countries with a net zero target.

Goods exports currently make up more than 20 per cent of the Australian economy.

As the Glasgow summit gets under way, EY’s chief economist Jo Masters said the targets pledged by other countries would be critical to Australia’s economy.

“The direction of travel towards global decarbonisation is clear, and this will impact Australia’s export base, whether we like it or not,” Ms Masters said.

“The associated risks to Australia’s economy are largely due to the actions taken by other countries on the journey to net zero, while our response is entirely within our control.”

It found 85 per cent of export goods are in the top quarter of emissions intensity, an increase from 55 per cent during the 1980s.

Ms Masters said Australia’s economy was at risk due to the three largest trading partners – China, Japan and South Korea – all pledging to substantially reduce emissions in coming decades.

She said investment in new industries and technologies, along with new energy sources, was crucial to offsetting future risk.

“Businesses operating in the industries, communities and regions likely to bear the brunt of this change have the opportunity to act now to unlock this investment,” she said.

“Government action can help maximise the economic windfall from the transition.”

The federal government announced last week its net zero by 2050 policy, after finalising an agreement with the Nationals.

While many countries attending the Glasgow summit will use the meeting to pledge more ambitious targets for 2030, Australia’s target for the end of the decade remains unchanged.

The government said it would release modelling in coming weeks.

According to the EY modelling, 36 per cent of the risk to Australia’s GDP comes from the country’s domestic climate policy.