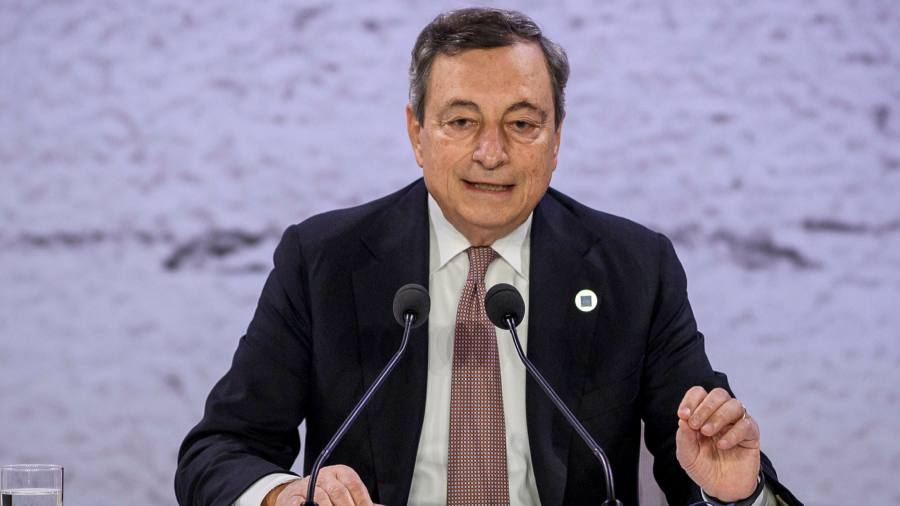 The writer is a former editor of The Economist and author of ‘Good Italy, Bad Italy’

As a fine economist, Mario Draghi knows the theory of the second best. Under a perfect outcome, he would stay as prime minister of Italy for the full five years of the national recovery and resilience plan of mainly EU-funded public investments and reforms that he has put in place since he took office in February. But if the perfect outcome is unattainable, it is right to go for the best imperfect solution. That is for Draghi to be elected as president of the republic by the Italian parliament in late January, and then oversee matters as head of state for the next seven years.

This option is second best because a further, much-discussed idea — of Draghi staying as prime minister until 2023, when the next general election must be held — is an illusion. His considerable progress during his 10 months in office has depended on a ceasefire between the broad set of parties in his coalition, with only the far-right Brothers of Italy in opposition. After January, that ceasefire might hold for a further six months at most before election fever takes hold.

Six months with his hands on an increasingly wobbly steering wheel versus seven years as an exalted traffic cop: that is the real choice facing Draghi, who has yet to confirm he is willing to be president, and Italy’s parliamentarians. Sergio Mattarella, the retiring head of state, has repeatedly ruled out the possibility of serving part of a second term. But even if he were to be persuadable, this would only postpone the issue and raise the risk that someone other than Draghi would eventually be chosen to succeed him.

This isn’t the ideal way to revitalise a country that has stagnated for most of the 30 years since Draghi, as director-general of the Treasury, helped steer Italy out of a 1992 public debt crisis that saw the lira ejected from the then European exchange rate mechanism and led to decades of fiscal constraints. A textbook reform effort would require 10 years in office, helped by a stable political base.

In the real, always volatile world of Italian politics, Draghi’s government has already achieved a lot. The plan to spend €191.5bn of money from the EU Next Generation Fund, plus €30.6bn of Italy’s own funds, has won praise. Its investments in infrastructure, the energy transition and digitalisation aim to satisfy criteria Draghi himself laid down in August 2020 while a private citizen, when he said extra public debt could be justified only if it stood to raise the economy’s productive potential.

The difficulty is that to do so requires not just that the money be well spent. It also needs to be accompanied by deep, sustained reforms to public administration, justice and the tax system. Private investors must come to believe that such changes are permanent. A high risk is that this burst of public investment will buy Italy several good years, after which it will stagnate again.

Some of those reforms have begun, with an array of laws passed this year. But Italy has never suffered a shortage of new laws. What has been lacking has been consistent, coherent implementation of reforms. A few more months of Draghi as premier would be helpful for that, but not transformational.

What is needed is for the equilibrium in Italian politics to be shifted towards the long-term acceptance and implementation of such reforms, so that they can endure through successive governments. That is a tall order, but the strict conditions imposed by the European Commission on each tranche of EU funds will give it a chance. Even better, however, would be for the terms of public debate to be reset, in a sustained and coherent way, by a head of state held in high regard at home and abroad. In other words, by President Draghi.

For decades, Italy’s presidency was marginal and mainly ceremonial in function. But as political parties have fragmented in recent times, presidents have used the role’s limited powers — dissolution of parliament, designation of prime ministers, approval of cabinets — increasingly effectively. The latest two, Giorgio Napolitano and Mattarella, have acted like a blend of non-executive chair and secular pope.

If he does ascend to the Quirinale in February, there likely remains sufficient support in parliament for a new, interim government to be formed, probably under one of his current non-political ministers: what politicos are calling a governo fotocopia, as close to Draghi’s administration as possible. It would be weak and probably unable to pass much new legislation. But it could carry out an important job of public communication while doing more of the detailed work needed to spend the EU money well. Then all would be to play for in a 2023 election, overseen by President Draghi.