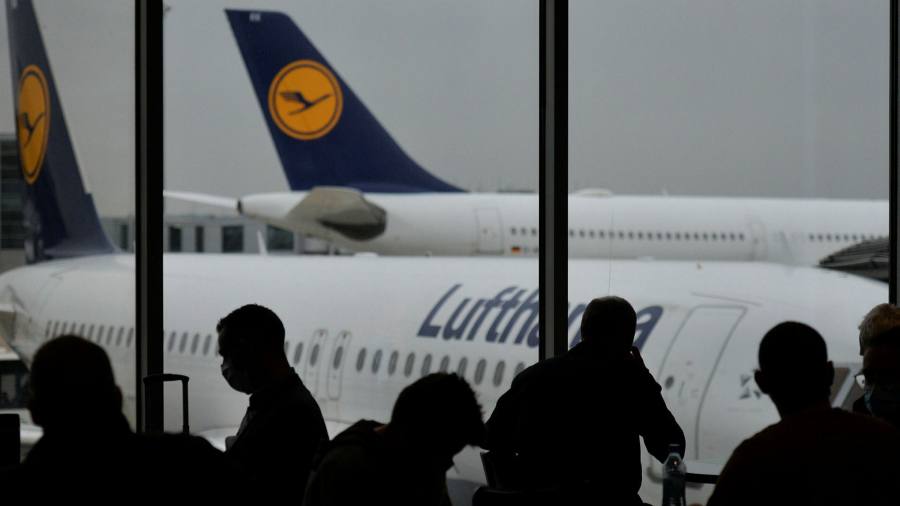 Ever since Lufthansa was privatised in the 1990s, the German airline has carried excess baggage.

The collective bargaining power of no fewer than five German unions — and several more across Europe — kept staff numbers exorbitantly high. The carrier had almost as many employees as British Airways-owner IAG and Air France-KLM combined at the end of 2019, and a cost base that cruised at dizzying altitudes. Management were forced to choose between painful strikes or paying up, in what came to be called the “German disease”.

Now, Lufthansa is the beneficiary of a more widespread malady — coronavirus. The sclerotic group has managed to shed more than 30,000 of its 138,000 staff since the pandemic began and redundancy schemes have proved so popular another round is being launched.

“In these turbulent times people see the industry is changing,” a person close to the company explained. The size of the compensation packages, reaching six digits in some instances, has no doubt helped change minds too. But an unburdened Lufthansa eked out its first post-pandemic quarterly profit this week and with transatlantic borders about to reopen, is on track to pay back its €9bn bailout in full within months.

The Frankfurt-based company is by no means the only German group to have had a good pandemic. Premium carmakers Daimler and BMW, their hands forced by semiconductor shortages, found they could boost profits by selling fewer, higher-end cars and slashing costs. Both have pledged to keep sticker prices high even once bottlenecks ease.

Nicolas Peter, BMW chief financial officer, assured reporters this week that the crisis was “definitely not a blessing” for the Munich manufacturer, citing the backlog in orders and claiming that the company was already on track to boost its margins before Covid-19 hit.

Yet as industry analyst Arndt Ellinghorst points out, investors now have solid proof that “this can be a much more valuable industry”. The market, he says, “will immediately notice if [carmakers] go back to old ways” — shipping as many cars as possible to offset the burden of a highly inflexible workforce.

In truth, however, the market has hardly noticed German industry’s coronavirus-induced conversion to cost discipline at all. With Tesla passing a $1tn valuation and Ford shares trading at near 20-year highs amid excitement about its electrified pick-up truck, BMW — which is on track to sell far more electric vehicles than celebrated start-ups such as China’s Nio — is valued as if it will stop generating any cash in five years.

The few funds paying attention will have encountered unwelcome evidence of Deutschland AG’s seemingly incurable malaise. Volkswagen boss Herbert Diess’s plans to cut jobs and keep VW visible in Tesla’s rear-view mirror is being blocked by unions, while down the road Elon Musk’s company is likely to circumvent German requirements for workers to be represented on boards, and is reportedly recruiting for its new factory from nearby Poland.

Look underneath the hood, and there are worrying signs even within Lufthansa’s impressive restructuring. Only 4,000 of the roles axed were in Germany, and negotiations with pilots in the country are yet to be resolved. The national carrier is even less attractive to outsiders than it was before the pandemic — just over 10 per cent of the company is in foreign hands. More obstacles will have to be removed for Germany to truly take off.