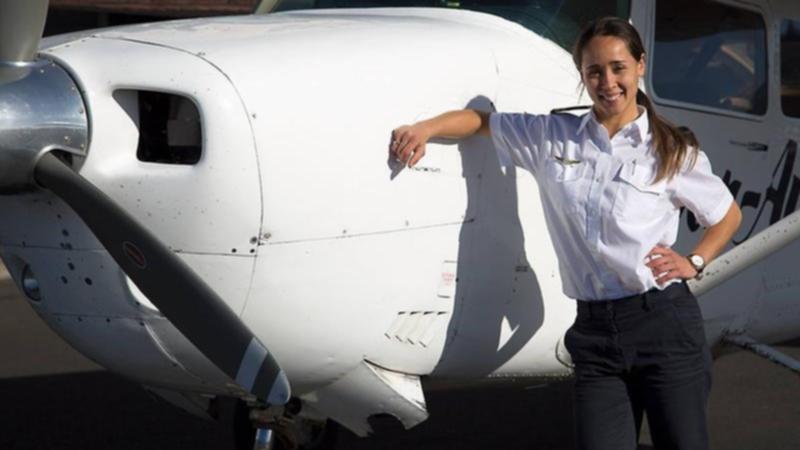 An investigation into a fatal light plane crash in Tasmania’s wilderness has found the operator encouraged pilots to fly even when adverse weather was forecast and guidance about operations in the area was not well documented.

Nikita Walker, 30, was on her way from Hobart to Bathurst Harbour in the state’s southwest to pick up passengers in December 2018 when she struck a mountain ridge in the Western Arthur Range.

Ms Walker, who was from Queensland, had moved to Tasmania several years earlier to train as a pilot with charter company Airlines of Tasmania.

An Australian Transport Safety Bureau report, released on Monday, revealed she was flying a route through the range known as ‘the portals’, which is used in low cloud conditions.

She was travelling over a saddle at a lower altitude than previous flights and likely encountered poor visibility before crashing into a ridge when she tried to exit the range.

The report found specific guidance provided by Airlines of Tasmania for Bathurst Harbour operations was “primarily given verbally and was not well documented”.

The report didn’t consider it to be a contributing factor to the crash but did list several factors that had increased the risk.

“Airlines of Tasmania did not provide any documented guidance for the southwest operations, despite encouraging pilots to commence the flight, even when forecasts indicated they may be likely to encounter adverse weather en route,” it reads.

“This resulted in the pilots having varied understanding of the expectations regarding in-flight weather-related decision making at the Arthur Range saddle, and increased the risk that some pilots continued into an area of high terrain in marginal conditions, where options to escape were limited.”

“For pilots, this tragic accident highlights the hazards associated with flying in mountainous terrain and the need to have an escape route,” he said.

“It also shows the challenges of in-flight weather-related decision-making.”

The report noted Airlines of Tasmania introduced specific guidance in January last year for operations in the southwest, including visibility requirements for pilots using the direct route through the Arthur Range saddle.

The company also boosted its training syllabus and made changes to its safety management system.

Ms Walker had a total of 540 hours flying experience and had flown the Bathurst Harbour route 180 times, including five times in the week before her death.

She was described by her colleagues as competent and conscientious and had demonstrated a willingness to turn back in unfavourable weather.