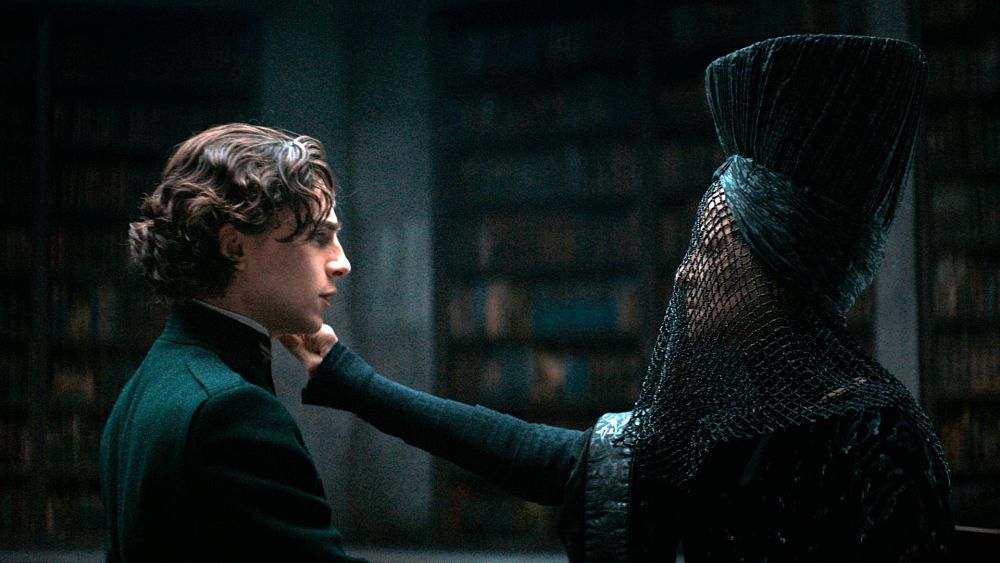 Denis Villeneuve”s Dune debuted with €34.5 million in ticket sales in its opening weekend in North America, despite being available to watch from the comfort of people’s homes.

When the studio first charted that course for all its 2021 releases due to the pandemic, how the strategy would affect “Dune” — one of the year’s most anticipated spectacles — was always one of the biggest question marks.

The sci-fi epic’s director Villeneuve vehemently protested the decision to put the film on HBO Max.

“I strongly believe the future of cinema will be on the big screen, no matter what any Wall Street dilettante says,” Villeneuve wrote in a lengthy statement to Variety last December.

Coming into last weekend, the film, which first premiered at the Venice Film Festival in early September, had already grossed €112 million worldwide.

HBO Max have not disclosed its streaming figures.

‘Hybrid releasing’ presents both problems and solutions for film fans

Villeneuve isn’t the only industry figure that sees hybrid releasing – putting films on streaming services at the same time as their theatre debuts – as damaging to cinema.

Disney+ took the lead throughout COVID-19 in using the model to release films Cruella and Black Widow to sidestep low cinema attendance.

This didn’t bode well for one of their main stars.

Scarlett Johansson was prepared to take the conglomerate to court, arguing her payout for starring as the titular role in Black Widow was affected due to contractual ties with cinema ticket sales, and that she has been paid less as a result of the film’s streaming rollout.

In turn, she asked for a payout of €43 million.

Murmurs around Hollywood suggested that she wasn’t the only performer unhappy with this model, as many studios have had to come to terms with a release model catalysed by the pandemic.

Last month Disney confirmed the legal challenge had been settled out of court.

Warner Bros. maintains it will return to exclusive theatrical releases next year. For now, the mega-budgeted Dune marks the best domestic opening for any of the studio’s hybrid releases, surpassing the debut of Godzilla vs. Kong in March by several million euro.

“This was a tremendous result as we’re ramping out of the pandemic,” said Jeff Goldstein, distribution chief for Warner Bros.

“Once we get out of the pandemic, if we have a movie like this, clearly you’d want to go into theaters first. There’s no question of that.”

Goldstein estimated the film would have debuted with approximately 20 per cent more in box office had it not also been streaming simultaneously.

What is Dune about?

Villeneuve’s Dune, which adapts only the first half of the book, stars Timothée Chalamet, Oscar Isaac, Rebecca Ferguson, Zendaya and Jason Momoa.

It chronicles a violent power shift on the desert planet Arrakis, where a valuable mineral called “spice” is harvested. Warner Bros. are yet to confirm what looks like a glaring opportunity for a sequel.

The film has been well received by filmgoers and critics alike, scoring 83 per cent on Rotten Tomatoes.

People have praised the operatic nature and visual craft of Villeneuve’s interpretation of the work, which he signed up to almost 5 years ago to create.

“What I think Warner’s strategy has proven is that movie fans, by and large, will choose the movie theatre experience when given the choice — particularly for movies like this,” said Paul Dergarabedian, senior media analyst for data firm Comscore.

“This should be a very encouraging sign for theatre owners. The allure of the movie theatre remains whether a piece of content is available at home or not.”

Last week’s top film in the US, franchise sequel Halloween Kills, was able to thrive in cinemas alongside streaming via Peacock, a service due to launch in Europe via Sky and NOWTV.

Resistance to the model pays off for big names

Some blockbusters have been less keen to embrace the hybrid streaming format, most notably No Time to Die, Daniel Craig’s final Bond film.

The 25th film’s release date was pushed back three times over 18 months in a display of resistance and restraint against the hybrid release model. Reports suggest the move was costly and fraught with conflicting opinions on how best to handle the release of such a title.

It may have paid off in every sense – worldwide, the film has brought in more than €452 million.