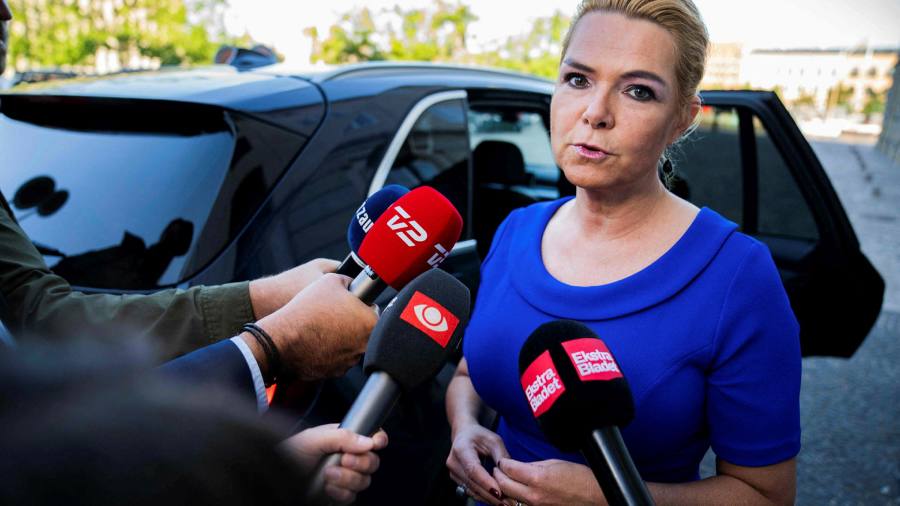 A former Danish minister who was responsible for some of the Scandinavian country’s toughest policies on immigration has been sentenced to 60 days in jail by an impeachment court.

Inger Stojberg, immigration minister from 2015 until 2019 in the country’s previous centre-right government, was on Monday found guilty of breaching her duties by illegally separating refugee couples in asylum centres, just one of a series of hardline measures she enacted.

Stojberg, who is being courted by the nationalist Danish People’s party as a possible future leader, became infamous internationally when she marked the introduction of her 50th restrictive immigration measure with a celebratory cake.

She was behind a law that allowed police to strip refugees of jewellery and cash as well as tightening reunification rules and falsely claiming that a Danish kindergarten had banned children from having pork products in their lunch boxes.

Her impeachment trial — the first in Denmark for 30 years — centred on the forced separation of teenage refugee couples in asylum centres, which was later ruled to be unlawful despite Stojberg arguing that she was trying to protect girls from forced marriages. In total, 18 couples were forcibly separated with at least three cases ruled to be illegal by the impeachment court.

“Danish values lost today, not just me,” said a visibly shocked Stojberg on Monday after the judgment. “I take my punishment, and I do it holding my head high,” she added.

One of the most controversial politicians in Denmark, Stojberg resigned from the Liberal party in February after falling out with the party’s leadership, and now sits in parliament as an independent.

The DPP is trying to woo Stojberg to become its next leader and arrest its decline after the ruling centre-left Social Democrats became significantly more anti-immigration through anti-ghetto laws and becoming the first European government to deem Syria safe enough to return refugees.

The immigration debate has become increasingly bitter on both sides of the political spectrum in Denmark in the two decades since the DPP first backed a centre-right government in Copenhagen.

Morten Messerschmidt, deputy chair of the DPP who was in August given a six-month prison sentence for misusing EU funds — which he is appealing against — said he was shaken by the verdict. But he added that he did not think parliament should strip Stojberg of her right to sit as an MP, something that could complicate any attempt to make her leader of the DPP.

The verdict is final and cannot be appealed, but parliament will now decide whether Stojberg is “unworthy” to sit as an MP, a fate only accorded four times previously in Denmark.