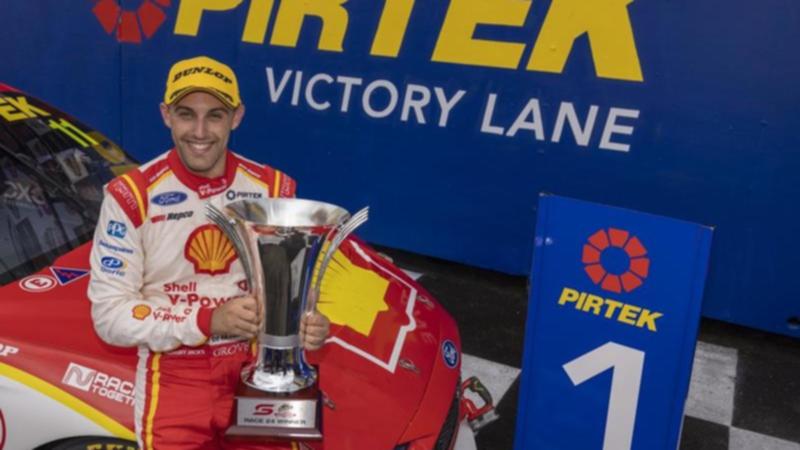 Improving on his lap times throughout the day’s sessions, Shell V-Power’s Anton De Pasquale has secured another pole position at Sydney Motorsport Park ahead of Supercars race 26 on Saturday afternoon.

The 26-year-old was fastest through both practice sessions before improving on his second qualifying time by one-third of a second, registering a 1:28:637 lap to nab pole position.

It is De Pasquale’s fifth pole in three weekends of racing in Sydney, after grabbing three in the opening weekend and one last week.

“The car’s in a pretty good window, it’s obviously a fast car and I enjoy driving it so it’s cool when you get to lay it on the line for a lap,” he told Fox Sports.

“We’re in a good position for the race so we’ll try and convert it later this arvo but yeah, so far, so good.”

The Shell V-Power team were the standouts in Saturday’s practice sessions with teammate Will Davison also fast before securing third place on the grid for the afternoon race.

Davison will share the second row with Red Bull’s Shane Van Gisbergen who qualified fourth fastest, while his teammate Jamie Whincup will start second in a battle between Supercars’ leading teams.

Rounding out the top five was young gun Will Brown who continued his stellar qualifying form from last week, where he scored his first ever pole position.

Race 26 of Supercars at Sydney Motorsport Park will begin at 4.45pm (AEDT)