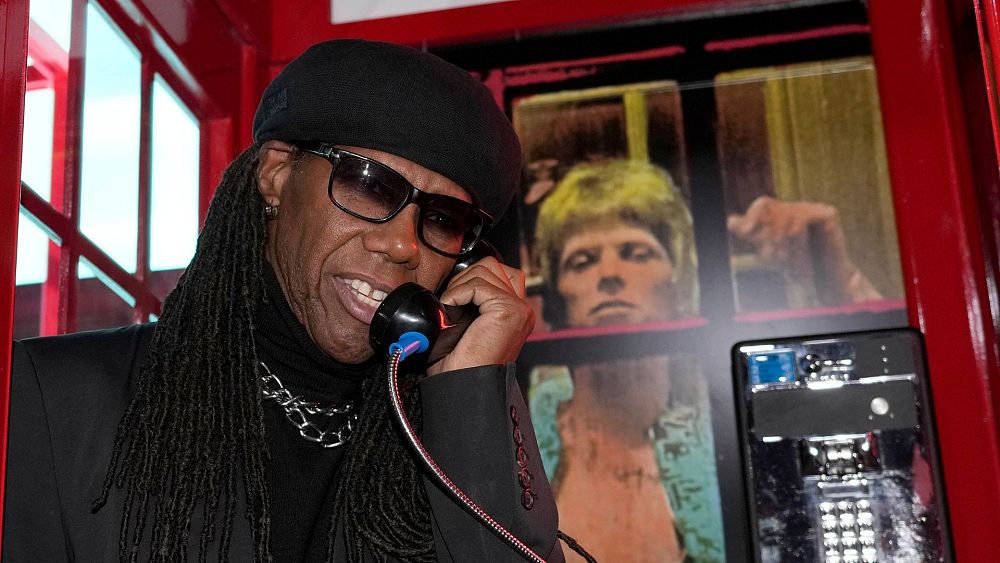 A new pop-up show paying homage to David Bowie has opened in London.

The store will offer generations of fans a chance to indulge in new clothing, vinyl, and accessories surrounding the life and times of one of music”s most influential figures.

Fans, tourists, and celebrity guests were welcomed to its opening today on Heddon Street in Soho.

It’s the same location Bowie shot the cover for his 1972 album, The Rise And Fall Of Ziggy Stardust And The Spiders From Mars.

Along with merchandise, the shop will offer immersive screening rooms and a replica of the phone box that featured on the album cover.

A welcome return to Bowie’s hometown

He fondly remembers the artist’s dislike towards his producers pet name for him at the time – the Picasso of Rock and Roll.

“He used to get pissed off at that, but he sort of was like, he accepted it.”

Why the title? What about Bowie’s creative habits reminded him of the bold strokes presented in Picasso’s cubist artwork?

“The way that he would communicate with me was quite abstract, but I always knew what he was talking about. I never was perplexed.

“I would always ask him, ‘Do you mean this?’ And he would say, ‘Absolutely. Of course, that’s what I meant.’ So we had an incredibly great working relationship.”

Speaking at the opening event, prime time television present Jonathan Ross revealed that he’s been visiting Heddon Street as a Bowie fan for many years.

He thinks the store’s location will resonate with fellow Bowie diehards for the same reason.

“A friend of mine used to work in a restaurant just across the road. And every time I used to come out, I always used to stop and pay homage to the phone box, which is now sadly gone. And the sign above it Quest, which was also, I believe, stolen one night by a fellow Bowie enthusiast.”

A pilgrimage, of sorts. London’s relationship with Bowie was an enduring one – born in Brixton, catapulted to stardom in Kingston, there are few boroughs in the capital left untouched by his presence.

“I mean, I came here in the punk years and we stood around outside and took pictures of each other in the phone box, which we lost, unfortunately.

“I can never walk down the street or this part of London without thinking about it. So for them to do this here, it resonates very much with Bowie fans.

“You know, we’re really excited that they’re doing this and have a chance to come in and mooch and look at Bowie memorabilia. And they got a phone box over there where can press a button and hear him speaking about stuff, it’s lovely.”

It’s an emotional trip for some. Will it connect the late artist to the generations of people he continues to influence?

“You know, it’s kind of like he’s still with us,” Ross concludes.

The Bowie pop-up store will be open from October 25, through to late January 2022.