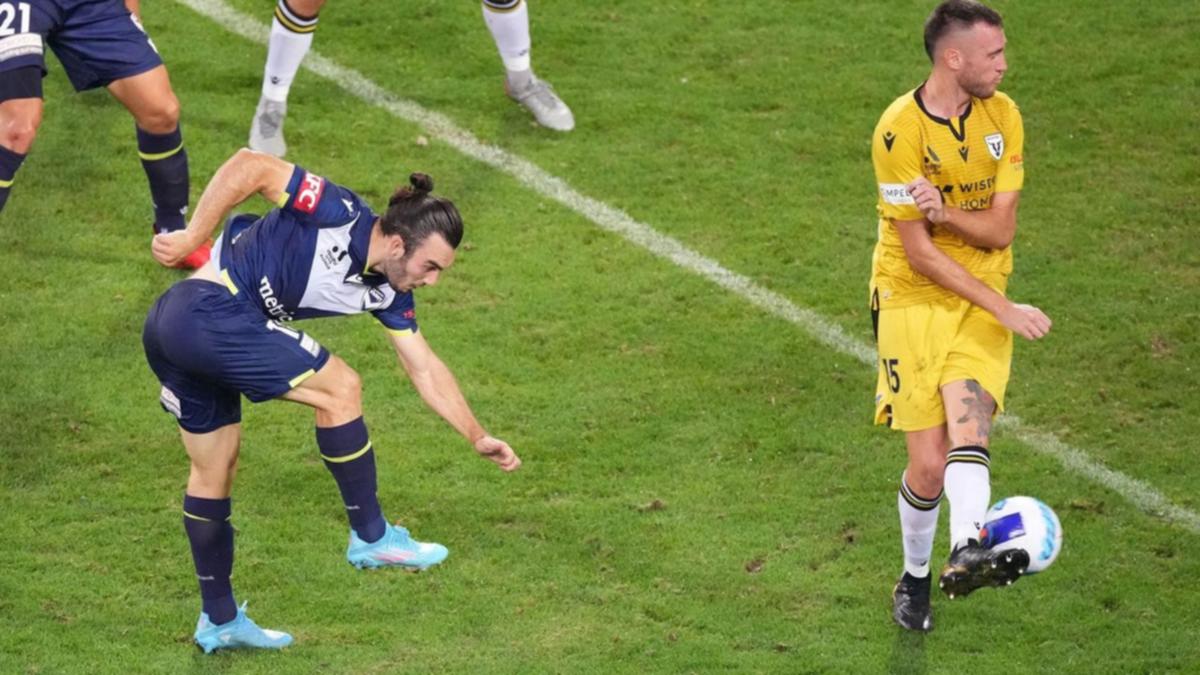 Melbourne Victory have made a flying start to their mad March with a 3-1 A-League Men win over Macarthur FC at AAMI Park.

Kicking off a spell in which they will play seven games in 23 days – one of them in Japan – a brace from Nicholas D’Agostino and strike from Maro Rojas powered Victory to Friday night’s win; Apostolos Giannou’s goal a late consolation for the visitors.

The three-point haul, their first-ever against Macarthur, puts Victory level on points with fourth-placed Adelaide United and just one back of the third-placed Bulls.

They will now prepare to face Central Coast Mariners in Gosford on Wednesday, while Macarthur will look to bounce back away to Melbourne City on the same night.

Coach Ante Milicic’s side will need to improve on a performance in which it took until the 50th minute for them to register their first shot – a bicycle kick from Giannou.

That effort arrived with the Bulls already two goals down: D’Agostino putting Victory ahead in the 20th minute when he seized on a back pass from Aleksandar Susnjar, ran in on goal and fired past Filip Kurto.

In the thick of everything, a heavy challenge on Olyroo D’Agostino then led to a shoving match between the sides in the 30th minute.

But the 24-year-old recovered and responded with a goal in first-half stoppage time when a free-kick into the Bull penalty area ricocheted into his path.

Capping his night off, the attacker was then involved in the build-up that led to Josh Brillante perfectly picking Rojas out at close range in the 58th minute.

But the clean sheet was ruined when Victory keeper Ivan Kelava spilled a routine collection that eventually fell to Giannou for an open shot in the 90th minute.