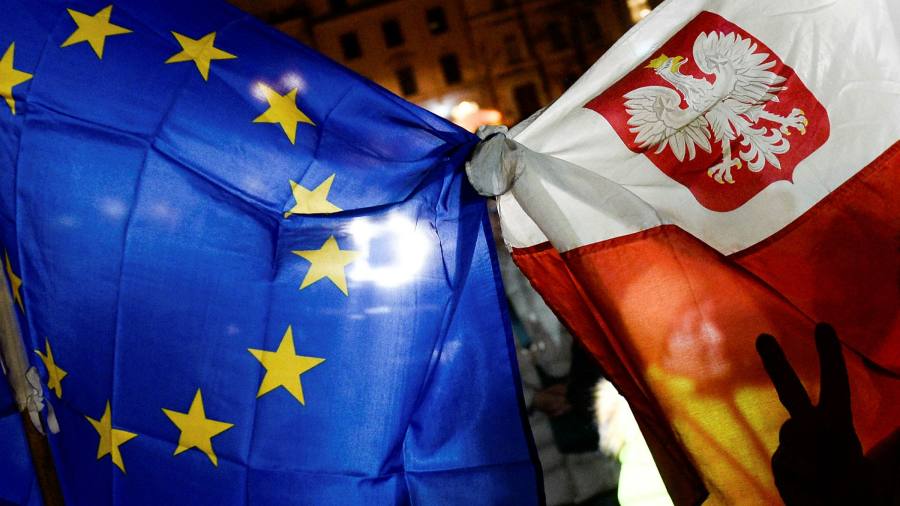 The blatant disregard shown for the rule of law, media pluralism and other fundamental rights in Poland and Hungary, together with slippage in a few other capitals, has created a dangerous rift in the EU. Unless this rot is soon fixed, it will seriously corrode solidarity among member states, weaken the union’s legal order — and therefore the single market — and hamper the union’s effectiveness at a time of greater challenges. How the EU, particularly Brussels and Berlin, handle this debilitating fracture will be a defining issue for 2022 with consequences well beyond.

The most pressing challenge is Poland. For five years, the Law and Justice-led government has waged a fanatical campaign to exert political control over the judiciary and remove judges it deems opposed to its ultra-conservative political agenda. It has forced the early retirement of supreme court judges, illegally installed appointees to the constitutional tribunal and introduced a disciplinary regime to rein in disloyal justices.

When the European Court of Justice, following an infringement procedure by the European Commission, ruled that the disciplinary regime was incompatible with EU law, Warsaw refused to comply. It then dramatically raised the stakes with a politically-inspired constitutional tribunal ruling that rejected both the European court’s jurisdiction in the matter and the treaty obligations Poland signed up to when it joined the EU 17 years ago. Other countries’ top courts have in the past questioned the primacy of EU law — the keystone of its legal order — but none with such bad faith as Poland’s. Even Hungary, Europe’s illiberal trailblazer, has avoided such a provocation.

Poland’s move has thrown down the gauntlet to the European Commission, the guardian of the EU’s treaties. The commission has stepped up its efforts, albeit belatedly, to hold Warsaw to its obligations through infringement proceedings. For a long time, that was its only effective check on member states.

Now it has new sticks to wield. One is the temporary leverage afforded by the EU recovery fund. Brussels has so far refused to approve the €36bn plan for Poland or €7bn for Hungary over rule of law concerns. The other is the so-called conditionality mechanism that allows Brussels to suspend all other EU payments to countries over rules of law concerns. For Warsaw, that is another €121bn at stake.

The commission has set three demands for Poland: scrap the disciplinary chamber, change the disciplinary rules and reinstate dismissed judges. Warsaw seems open to the first but rejects the other two. Furthermore, it has floated the idea of further reforms of the supreme and lower courts, which inevitably raises red flags. Brussels will soon have to turn up the pressure on Warsaw, and that means activating the conditionality mechanism.

The handling of this issue is set to one of the biggest leadership tests so far for Ursula von der Leyen, the commission president. Like many German politicians, she feels a special responsibility towards Poland. Like her political mentor Angela Merkel, she is anxious to avoid a new east-west divide in Europe. But the commission’s reticence in the past has only emboldened the autocrats. At the same time, channels for dialogue must be kept open. Ultimately, the dispute will require a political rather than legal solution.

Poland’s government will relish a clash with Brussels and complain it is the victim of EU over-reach. In reality, this is about the ruling party’s domestic excesses. Poles sadly will pay the price for it while their country is being marginalised in Europe.