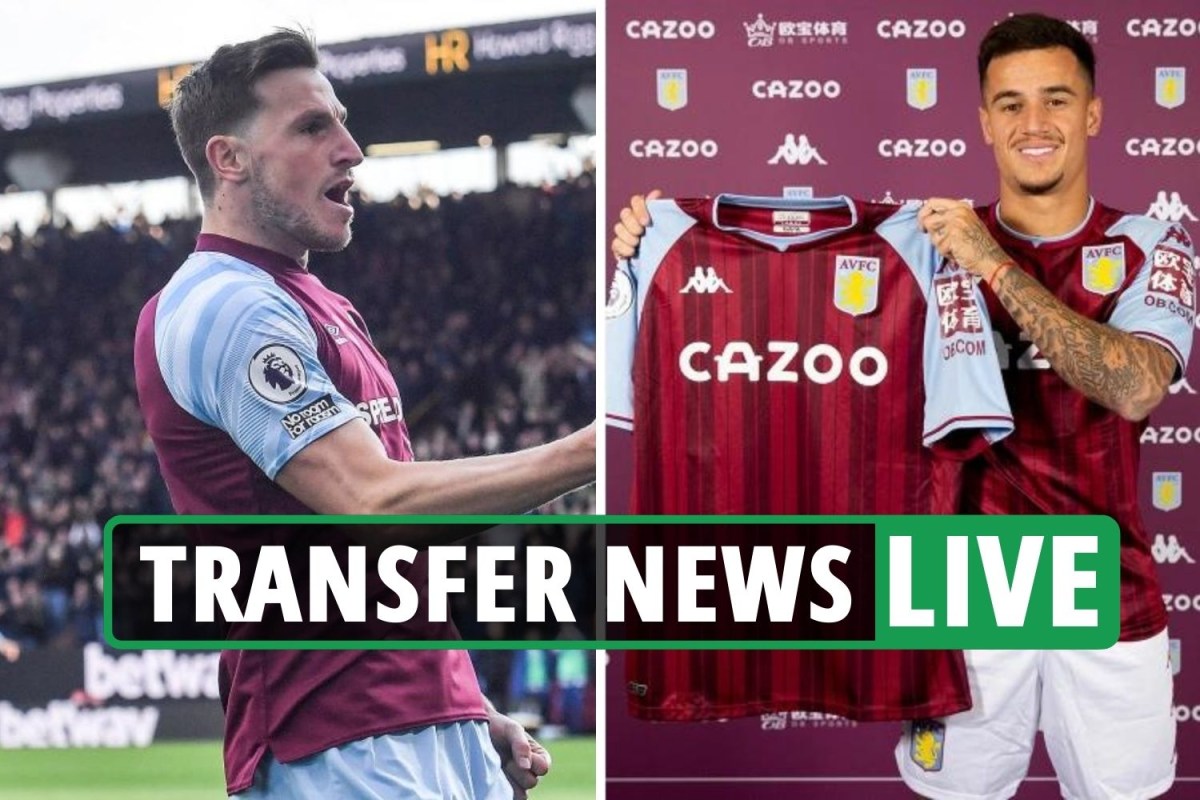 Aston Villa pulled off a potentially sensational bit of business by signing Phillipe Coutinho on loan from Barcelona.

The Brazil playmaker turned down several other Premier League clubs to join Steven Gerrard’s Villa until the end of the season.

Coutinho played with Gerrard at Liverpool and said the chance to play under him was a big factor in his move to Villa Park.

And in a typically fast-paced January transfer move, Burnley striker Chris Wood was on his way to Tyneside last night to carry out a medical ahead of a move to Newcastle.

The New Zealand striker has continued to shine in a struggling Clarets side and looked set to be drafted in to boost the Toon’s Prem survival hopes.

Wood, 30, joined Burnley from Leeds in 2017 and has scored more than 10 Prem goals for them every season he has been there.

The Magpies are also reportedly in talks with Monaco to sign £33million-rated centre-back Benoit Badiashile.

And Chelsea could make themselves even less popular at Tottenham by beating them to the signing of Wolves star Adama Traore, according to reports.

The Football Terrace says the Blues are interested in landing the versatile and powerful forward this month.

That news comes hot on the heels of reports claiming Spurs are close to a £20million transfer for the 25-year-old.