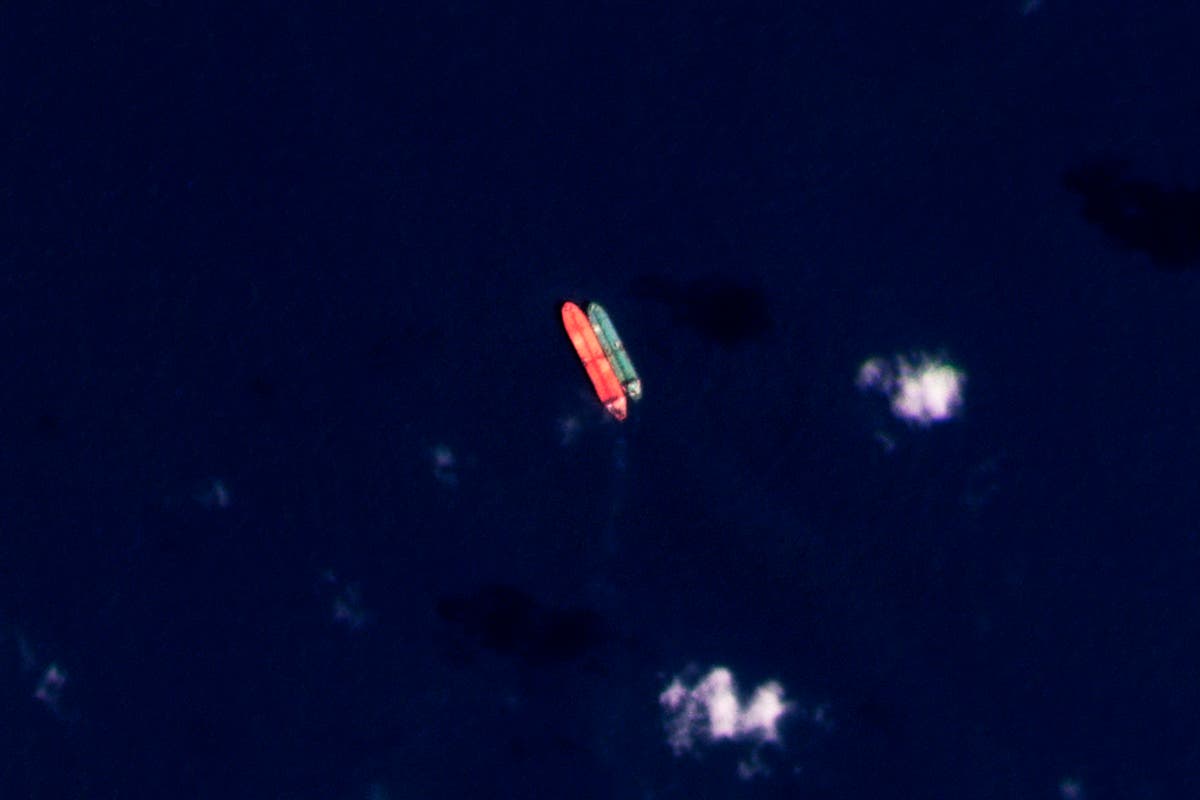 Victims of the Sept. 11 terror attacks have asked the U.S. government to seize Iranian crude oil suspected to be on an American-owned oil tanker in Asia, court documents show.

Fleetscape, the Oaktree subsidiary that owns the Suez Rajan, did not immediately respond to a request for comment.

The federal court filings, submitted late Thursday in the U.S., call on American authorities to seize the crude oil and sell it on behalf of families to in part settle an over $3 billion judgment issued against Iran over the attacks.

The group United Against Nuclear Iran raised allegations against the Suez Rajan in a February letter to Oaktree Capital Management, which holds assets worth over $160 billion.

Satellite-tracking data showed the Marshall Island-flagged Suez Rajan in the South China Sea off the northeast of Singapore in February, along with the Panamanian-flagged oil tanker Virgo in the same area.

Satellite photos from Planet Labs PBC of that area obtained by The Associated Press appeared to show the ships alongside each other. At sea, oil tankers can funnel crude between each other in a ship-to-ship transfer that typically sees boats in a similar position.

In separate Planet Labs satellite images from Jan. 16, the Virgo appears to be loading crude oil from Iran’s Khargh Island, its main oil distribution terminal in the Persian Gulf. Tracking data separately shows the vessel near Khargh around that time before heading to Singapore.

Satellite-tracking data from MarineTraffic.com showed the Suez Rajan still in the same area of the transfer as of Friday.

Fleetscape in a statement Feb. 18 said the Suez Rajan was “operated and managed by Empire Navigation” and that Fleetscape “has no role in the operation of Empire’s fleet.” However, Fleetscape ultimately owns the tanker.

“Fleetscape is committed to using best practices in its operations and complying with U.S. sanctions laws,” the company said then. “We take any allegation of non-compliance very seriously and are cooperating fully with the U.S. authorities in a thorough investigation into this matter.”

The U.S. government’s 9/11 Commission found Iranian officials met with al-Qaida leaders in Sudan in either 1991 or early 1992. The commission said al-Qaida militants later received training in Lebanon from the Shiite militant group Hezbollah, which Iran backs to this day.

The CIA in 2017 also released documents seized during the raid that killed al-Qaida leader Osama bin Laden that appeared to bolster the U.S. claims.

Before the Sept. 11, 2001, attacks on New York’s World Trade Center and the Pentagon in Washington, Iran would allow al-Qaida militants to pass through its borders without receiving stamps in their passports or with visas gotten ahead of time at its consulate in Karachi, Pakistan, according to a 19-page al-Qaida-written report included in the CIA documents. That helped the organization’s Saudi members avoid suspicion. They also had contact with Iranian intelligence agents, according to the report.

This also matches with U.S. knowledge. Eight of the 10 so-called “muscle” hijackers on Sept. 11 — those who kept passengers under control on the hijacked flights — passed through Iran before arriving in the United States, according to the 9/11 Commission.

However, the commission “found no evidence that Iran or Hezbollah was aware of the planning for what later became the 9/11 attack.”

Iran long has denied having ties to al-Qaida. However, Iran in 2003 apparently rounded up al-Qaida members living in the country, including Hamza bin Laden, the son of al-Qaida’s leader, according to experts and the militant group. The U.S. in 2019 said it killed Hamza bin Laden in a counterterrorism operation in the Afghanistan-Pakistan region.

While legal experts have viewed the judgment against Iran as largely unenforceable, the U.S. has been seizing Iranian crude oil found at sea. America last year sold some 2 million barrels of Iranian crude oil after seizing an oil tanker off the coast of the United Arab Emirates.