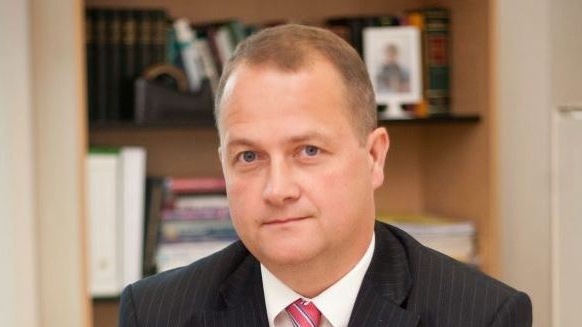 The chief executive of Wexford County Council has been accused of threatening to pull commercial funding from a local radio station in response to damaging on-air coverage.

The allegations are based on an exchange of emails involving Tom Enright who is under investigation by the Standards in Public Office Commission (Sipo).

At a hearing on Friday, the Commission was told Mr Enright felt content aired on South East Radio’s Morning Mix show in March 2019 was “biased, unprofessional and unfair” and that he could not ignore what he felt was damaging behaviour. He is accused of applying pressure to the station to alter its practices through the potential to withdraw finance.

The complainant, Karl Fitzpatrick, who is a host of the station’s Business Matters programme, later told Mr Enright he intended to make a formal ethics complaint in regard to threats of funding withdrawal.

In October, 2019 Mr Fitzpatrick filed complaints alleging the chief executive was in breach of the Local Government Act and the code of conduct of employees in relation to the content of an email exchange in August.

The hearing heard that on March 5th, 2019, Mr Fitzpatrick was on the Morning Mix show discussing a number of issues including how IDA led investment in the county was unforthcoming despite efforts by Mr Enright to put infrastructure in place.

Mr Fitzpatrick said it would take more than property infrastructure to attract them, a comment to which Mr Enright took exception. His response was read out on air but the subject was once again raised by Mr Fitzpatrick in a broadcast.

In the subsequent email exchange with radio management, Mr Enright said Mr Fitzpatrick was determined to damage the council’s efforts to attract investment. While he was happy to go on air to discuss the situation, he said, he would not be “baited” into a head-to-head that would suit Mr Fitzpatrick’s profile.

The hearing heard that the deterioration in relations was due to a “difficult personal dispute” between Mr Fitzpatrick and Mr Enright.

South East Radio managing director Eamonn Buttle said that despite the tensions, he believed the issue to have been dealt with in a subsequent meeting with Mr Enright.

However, some time later Mr Enright informed him of a threat by Mr Fitzpatrick to bring an ethics complaint and later again that the council was reviewing its commercial relationship with the station.

“I knew exactly what it meant: that they were not just withdrawing from [sponsoring] the hospitality awards but other areas as well,” he said. “It was obvious from the correspondence that it was to do with the legal threat.”

Senior counsel Conor Power, acting for Mr Enright, said that as a commercial relationship there was never any onus on the council to place advertising. He also said there was no evidence of a personal dispute.

He said his client believed the on-air content to have been edited in such a way as to omit positive comments about the local authority and that they had had trouble obtaining a copy of the recording.

In cross examination of witness Rachael Lord, the inquiry officer who prepared a preliminary report on the matter, he pointed out that the Broadcasting Authority of Ireland (BAI) had issued a compliance notice to South East Radio for failing to record a programme at the centre of the dispute.

When the station later suggested to Mr Enright that the BAI could conduct a review of his concerns regarding coverage, this showed those concerns were being taken seriously, Mr Power said.

The commercial relationship between the council and the broadcaster “didn’t end because they said we will address your complaints”, he said, to which Ms Lord agreed.

However, Mr Buttle said that while advertising ultimately never ceased, he believed the station would have received more money had the dispute never arisen.

The Commission retired to consider the submissions.