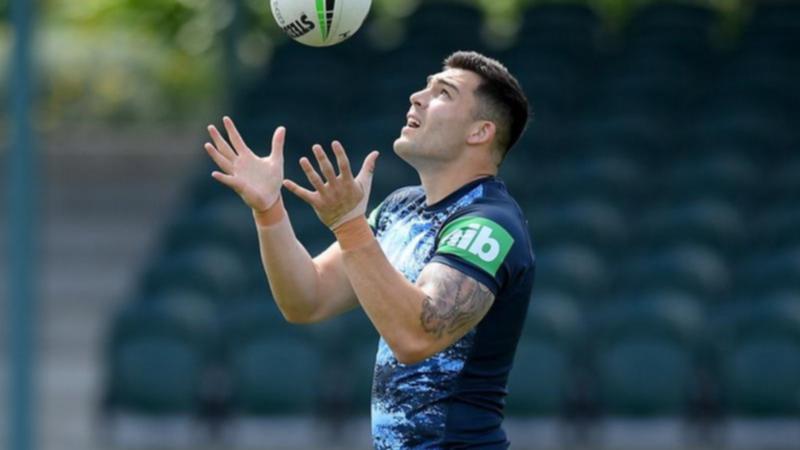 Canterbury have granted representative winger Nick Cotric a release from the last two years of his NRL contract, allowing him to return to Canberra.

Cotric signed a rich three-year deal with the Bulldogs in 2020 but his spell with the club lasted just 14 games.

Injuries prevented the 23-year-old from matching the form that resulted in him playing for Australia and NSW while with the Raiders in 2019.

With Canterbury struggling for space in their salary cap, Cotric was classed as dispensable and the centre/winger’s return to Canberra on a three-year contract was confirmed on Wednesday.

“We’re looking forward to having Nick re-join the club for the next three seasons,” Raiders chief executive Don Furner said.

“Nick is a local boy who made his way through the local rugby league pathway program to the NRL, NSW and Australia while playing for us and we know the skills and capability he has as a player.

“Nick has indicated to us that he’s really excited about returning to Canberra and the Raiders, and we’re confident he can play his best football for us.

“The Raiders are a proud development club who invest heavily in our pathway program and to have a top-level player like Nick Cotric who has been through our system return to the club is a show of faith in this.”

Cotric will be a direct replacement for Bailey Simonsson, who joined Parramatta last week.

Cotric scored 46 tries across 93 games in his first spell with the Raiders after making his NRL debut in 2017.