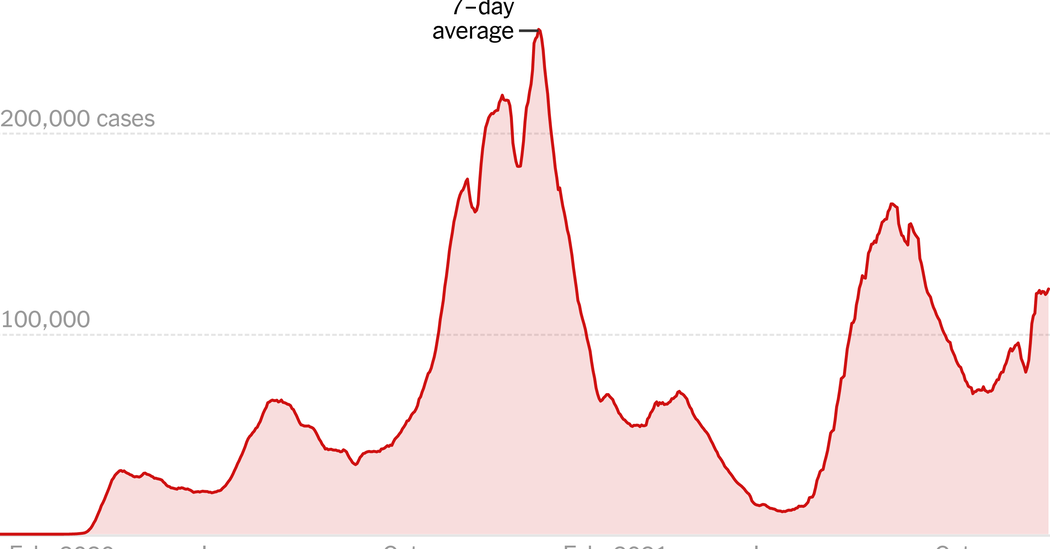 Since the discovery of Omicron, a major focus has been on how effective vaccines are against the variant. Today we’re getting more answers. The results are mixed, but there is cause for hope.

First, the bad news. Dr. Anthony Fauci shared preliminary data from his institute’s analysis of the Moderna vaccine that showed that two doses produced a negligible antibody response against Omicron in the laboratory.

However, in a departure from the torrent of worrying data about the variant, Fauci said that protection increased significantly after a third dose. He added that booster doses of both the Moderna and Pfizer vaccines were likely to offer a substantial increase in protection against Omicron.

“Our booster vaccine regimens work against Omicron,” he said, adding that “at this point, there is no need for a variant-specific booster.”

The preliminary data from Fauci is also consistent with a study from Britain, which showed that two shots of Pfizer’s vaccine were 40 percent effective in preventing symptomatic infections from Omicron, but that effectiveness rose to 80 percent after a third shot.

We also received some encouraging findings about immunity against Omicron from a World Health Organization meeting today. Scientists presented several laboratory studies that suggest so-called T cells in vaccinated people can put up a strong defense against the variant, which could help prevent severe disease, hospitalization and death.

While it’s becoming increasingly clear that Omicron can evade antibodies produced either by vaccination or by infection with previous variants, the new research suggests that T cells might serve as an effective backup when antibodies fail, preventing many infections from turning into severe disease.

Some scientists cautioned that the data comes from laboratory experiments. It will take a few more weeks of examining real infections in people before we know for sure how well T cells prevent severe disease.

The C.D.C. is predicting that a wave of infections caused by the Omicron variant could arrive in the U.S. as soon as next month, and warned of two possible outcomes — neither of them good.

The first is a huge wave of infections, of both Omicron and Delta, starting in the next few weeks. The second possibility is a smaller Omicron surge in the spring. It was unclear which forecast was more likely.

In Europe, where reports of cases are doubling every two to three days, officials said that Omicron could become the dominant variant by mid-January. “We are facing another Christmas in pandemic mode,” said Ursula von der Leyen, the president of the European Commission. According to estimates this week, cases of the variant in Denmark, which is similar to the U.S. in terms of vaccination rates and average age, were doubling every two days.

The U.S. is already in a precarious spot. Daily cases have plateaued at about 120,000, and states in the Northeast and the Midwest are struggling to contain surges. Hospitalizations are also on the rise.

For nearly two years, the pandemic has been dividing families over issues like social distancing, mask-wearing, and vaccines. Now that the holiday season is here and families are gathering, many issues that have been simmering are reaching a boiling point.

Readers have shared experiences of marriages torn apart over a difference in opinion on vaccinations, siblings who are no longer talking because of disagreements over virus restrictions, and relationships with family members that have become ever more strained as the pandemic has dragged on.

If this sounds familiar, we’d like to hear from you. We’re asking readers: Has the pandemic strained relationships in your family? We’re also interested in hearing how you were able to negotiate these family divides — if you managed to do so.

If you’d like to participate, you can fill out the form here. We may use your response in an upcoming version of the Coronavirus newsletter.

What else we’re following

At 82, and living in a four-generation household, I’m worried. A big gathering is planned for Christmas and no one is talking about getting a booster (I’m boosted). Also, none of the children are vaccinated. I think I should sit this one out, but just how antisocial can a person be? But, actually, aren’t they the ones being antisocial?

Let us know how you’re dealing with the pandemic. Send us a response here, and we may feature it in an upcoming newsletter.

Sign up here to get the briefing by email.

Email your thoughts to briefing@nytimes.com.