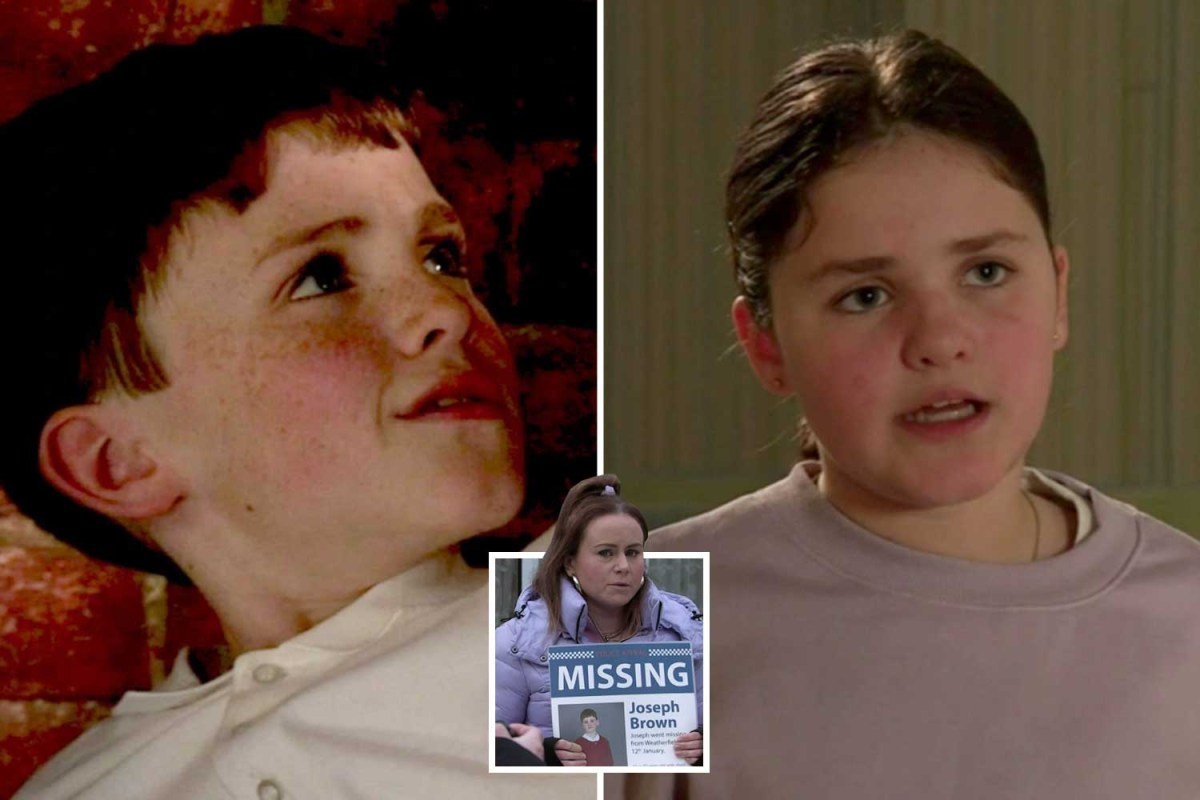 CORONATION Street fans are furious after Hope Stape got away with kidnapping Joseph Brown.

The troubled tween – who is played by actress Isabella Flanagan in the ITV soap – hid her cousin in her loft in order to upset their families.

In tonight’s episode she kept him hidden from the search party outside.

Even the police failed to find him after Hope’s scheming.

But when a valuer for the house arrived to appraise it during Fiz and Tyrone’s split, Hope had to move fast.

Hope later snuck out herself and found Joseph hiding out with a tent borrowed from Tyrone’s loft.

But when he said he was going to go home she threatened him into keeping her involvement quiet.

“You best not tell,” she warned her cousin.

“Get rid of that stuff and the hoody and don’t tell anyone I gave it to you.

“Ditch it before you go home. I’m serious you better not mention the loft and if anyone finds out I’ll say it’s all your idea.”

And when Joseph went home, Bernie’s mate Clint spotted them – and paid off the kids so he could claim the £30,000 reward.

But viewers are furious Hope got away with another stunt.

One wrote: “Wait till you they find out Hope is responsible.”

A second said: “Hope is so disgusting getting Joseph to hide away in the loft like that.”

Another added: “Hope is the next Tracey Barlow!”