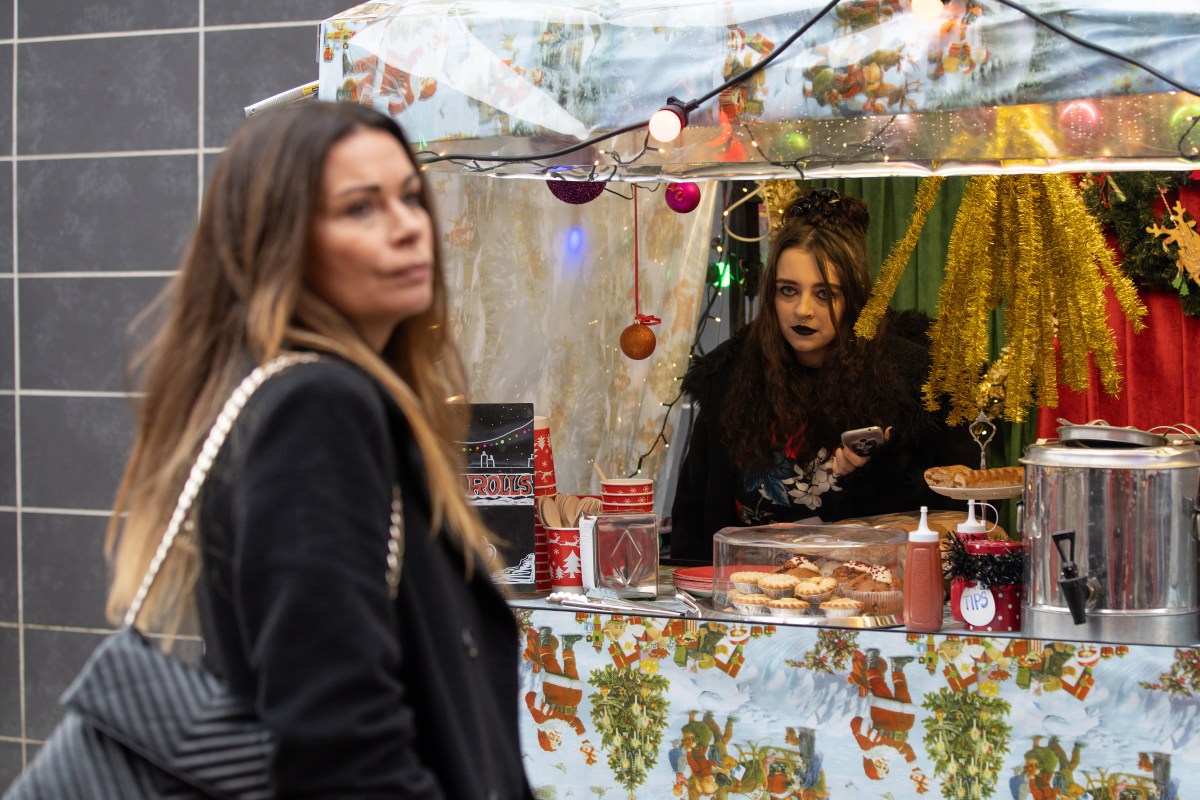 CORONATION Street fans are terrified for Nina Lucas after she suffered another panic attack.

The cafe worker – who is played by actress Mollie Gallagher in the ITV soap – panicked when the Christmas market stall’s tip jar was stolen and Asha Alahan raced after the thieves.

She screamed after Asha begging her not to go after them.

But when she carried on running, Nina struggled to breathe as her anxiety shot through the roof.

As Nina struggled with Asha running off to stop the thieves, Carla noticed she wasn’t coping.

Later in the cafe Carla tried to get Nina to open up about what she’s going through.

“This is me you’re talking to, you can tell me anything,” Carla said.

Nina told her: “I just think it’s safer if she stays away.

“I don’t want anyone else that I care about getting hurt because of me.”

Nina tried pushing her away, but Carla warned her: “You don’t want to talk to me then I can’t make you.

“But you do need to talk to someone. I mean it Nina, you can’t lock yourself away on your own. It doesn’t work, believe me, I’ve tried it.”

But with Nina clearly shaken and struggling to cope alone, fans are terrified for her.

One wrote: “Nina, it’s not your fault and you have a panic attack. You should go to doctor.”

A second said: “Nina you need to tell Asha about your panic attacks.”

Another added: “Poor Nina all alone in the cafe having an panic attack.”