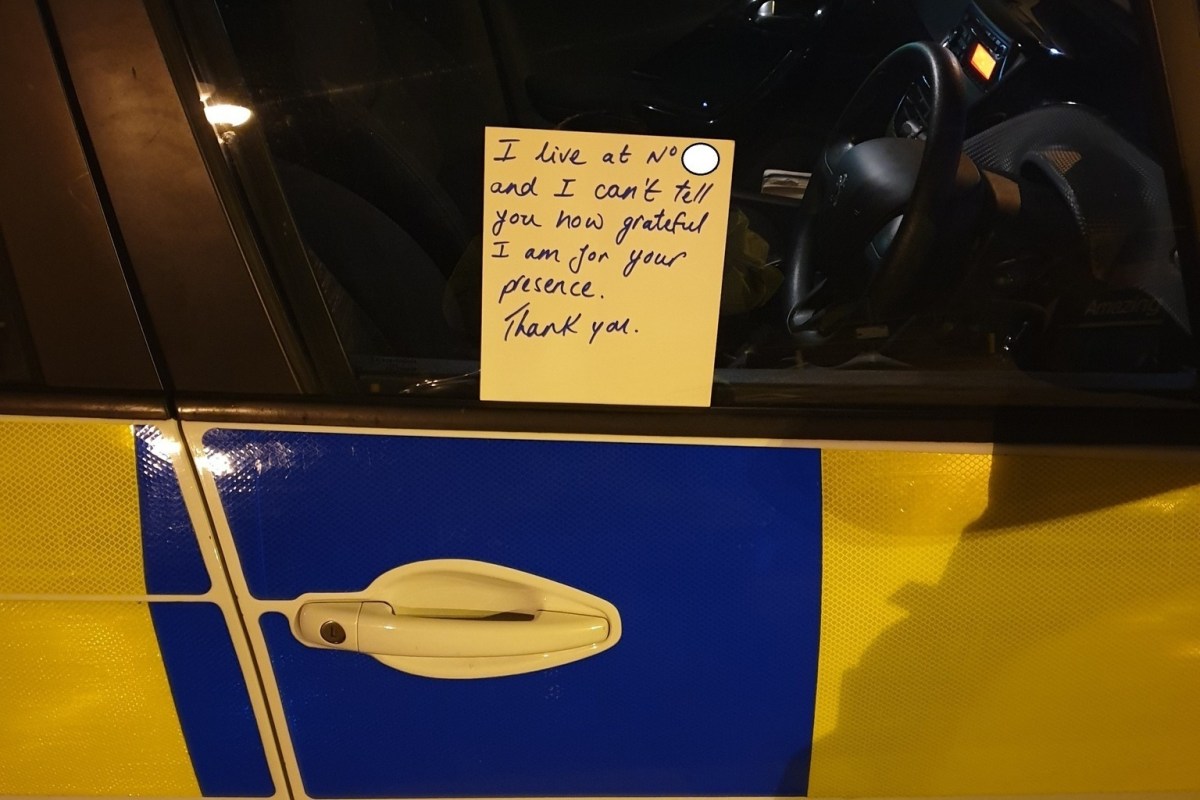 COPS found a heartwarming note stuck to their car window after grateful locals praised the officers for making the neighbourhood feel safer.

The officers found the surprise message taped to the driver’s door after patrolling the streets of Ormskirk, Lancashire over the Halloween weekend.

The sweet note said: “I can’t tell you how grateful I am for your presence. Thank you.”

Ormskirk and Rural West Lancs Police shared a photo of the “lovely” note on their Facebook page on Saturday night.

The post said: “A couple of our Special Constabulary colleagues saying hello to our mounted officers and a lovely note of thanks from one of our residents.

“Thankfully the majority of people are enjoying the Halloween weekend responsibly.

“We have just had to speak to a small group in Ormskirk town centre about their behaviour but they are now on their way home as I think it was past their bed time.”

Another local commented on the post and said it “makes a huge difference when there is a police presence in the area”.

It comes after cops were called to a Halloween display in Rothley, Leicestershire, last night to tell the homeowner to “tone it down”.

The colourful decorations include headless mannequins, ghosts and vampires.

Jo Flower, 37, and her husband Rob, 48, said they always decorate their house to mark festivities including Halloween, Christmas and Easter – but this is the first time they have received a complaint.

Jo and Rob said they received amazing feedback this year, with kids visiting them to get sweets and nurseries going over to take pictures.

But the police received an anonymous report and visited the property asking them to make the Halloween display less intense.

Jo told Leicestershire Live: “Officers said they were given an anonymous tip-off and asked us to take it down, but it’s in our own front garden.

“I don’t know why it would be a problem but police did say that one of the headless mannequins could cause offence.”

Cops were out in force on Saturday as officers braced for a busy night as Halloween revellers hit the town.

In the capital, three raves have been shut down already this weekend.