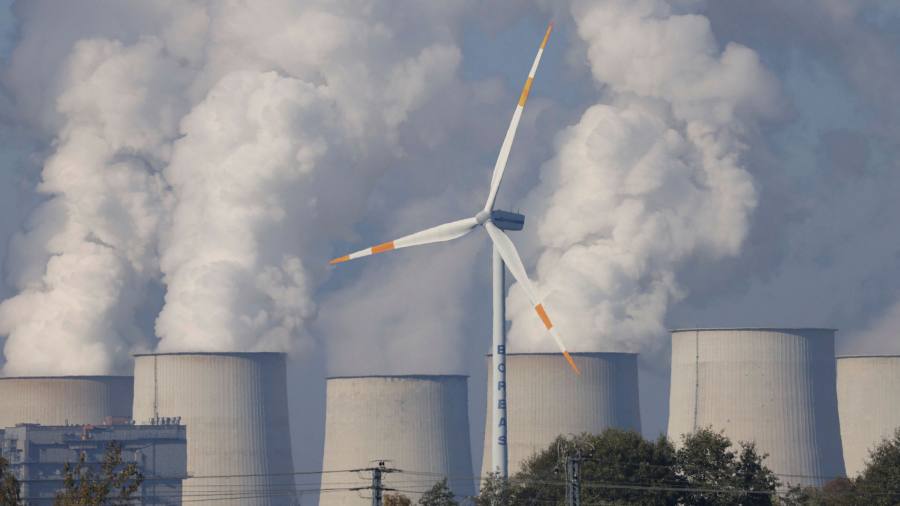 There are no low-cost options when it comes to tackling climate change. Renewable energy is not cheaper than fossil-based power once the price of investment and storage are considered. Low-carbon energy will cost more.

The only way to incentivise the world to shift to this more expensive low-carbon future is to make fossil fuels costlier, which means more carbon pricing.

Such schemes typically take the form of taxes on polluters’ emissions or “cap and trade” systems that limit how much companies can emit before having to pay more.

Convincing the electorate that carbon pricing is the right thing to do will not be easy. Society as a whole will need to bear these extra costs.

The Emissions Gap Report 2021 published by the UN in October was a timely reminder of what we have achieved and what remains to be done to contain the increase in global temperatures to 1.5C.

Major emitters are also starting to back up ambition with action. China has committed to stop coal investment abroad, while Joe Biden, the US president, is planning to spend more than $500bn on climate measures. In Europe, the EU’s Fit for 55 package proposes legislation to meet the continent’s climate ambitions.

The bad news is that current commitments and actions are clearly not sufficient. More decisive action is urgently required. The world is still on a path close to 2.7C of global warming by the end of this century.

Government policies will play a key role, whether it be carbon pricing or subsidies for renewable power and other transition technologies. CRU’s Carbon Abatement Curve suggests that European businesses should prepare for CO2 prices of nearly $200 a tonne by 2030 if the EU is serious about its climate-change targets.

Switching to renewable power is one of the relatively cheaper means of emission reduction, even with storage. But do not be fooled: renewable energy is not cheaper than fossil-based power once the cost of the initial investment and storage are considered.

If we think about other sources of emissions in commodities — coal in steel, natural gas in ammonia — these sectors cannot simply electrify. They need new raw materials and production processes. Hydrogen is often viewed as the wonder solution, but we forecast that carbon prices would need to reach well over $200 a tonne to incentivise widespread adoption in steel, and even higher for fertilisers.

The commodities industry is capital intensive. Switching to renewable power and electrifying operations is vastly expensive and takes years if not decades to achieve. That is why businesses benefit from a predictable policy environment. They need clarity around regulation, taxes and intermediate targets to net zero. In reality, such stability is likely to remain elusive. The current energy crisis is a case in point.

Financial and private markets will also drive the energy transition. COP26 was the first COP summit where finance played a prominent role. Anecdotal evidence suggests that it is becoming harder to insure a coal mine in South Africa and trickier to raise funds for a new oil pipeline in the US.

Yet there is still plenty of funding available for fossil-fuel projects. This suggests that climate considerations are still not centre stage in finance — but, on current trajectories, it could become mainstream quickly.

Lack of finance for fossil fuels will raise the cost of funding and ultimately prices. In essence, this does the job of a carbon price. By pushing up the price of fossil fuels, it makes renewable energy and other low-carbon options more viable.