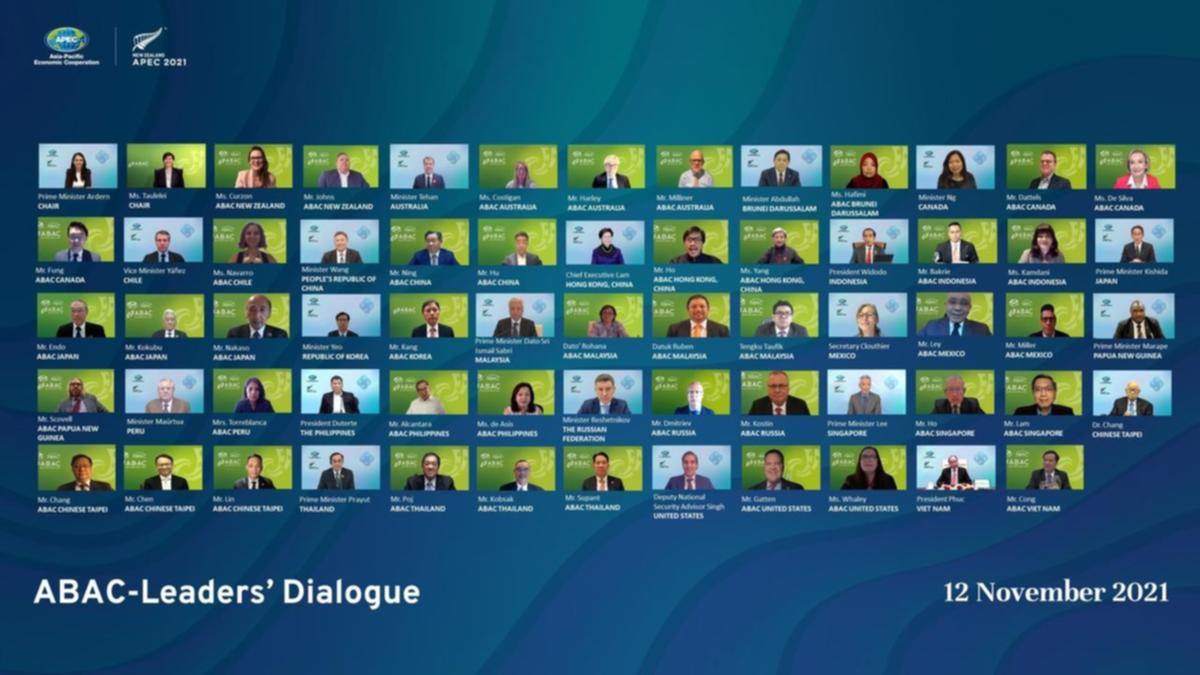 Australia has joined with other major players in the Asia-Pacific to push for “urgent and concrete action” to tackle climate change.

The leaders of the 21-nation Asia-Pacific Economic Cooperation group, including Scott Morrison, issued a statement on Saturday pledging commitments which they said would accelerate economic recovery and achieve “sustainable and inclusive growth”.

“In 2021, the world continues to confront unprecedented challenges posed by the impacts of climate change,” the leaders said.

“We acknowledge the need for urgent and concrete action to transition to a climate-resilient future global economy and appreciate net zero or carbon neutrality commitments in this regard.”

A plan was agreed to examine policies which would phase out “inefficient fossil fuel subsidies”.

Part of the plan also notes the need to “accelerate progress towards the 2030 target of doubling the share of renewable energy in the APEC energy mix, including in power generation, from 2010 levels by 2030; and to deliver a plan to reduce aggregate energy intensity by 45 per cent from 2005 levels, by 2035”.

However, the statement noted only “some progress” in strengthening the region’s capacity to adopt renewable energy.

On the pandemic, the leaders acknowledged the “ongoing uncertainty” caused by COVID-19 and the uneven economic recovery across the region.

“We are taking steps to ensure growth rebounds quickly and to boost the global economic recovery.”

The leaders rejected “vaccine nationalism”, and agreed to lower tariffs on vaccines and related products to combat COVID-19, speed them through customs and avoid export bans.

Host leader, New Zealand Prime Minister Jacinda Ardern told the online summit the meeting was a chance for the region to “emerge from the crisis better than before”.

“APEC leaders are more determined than ever to work together to defeat COVID-19, accelerate the region’s economic recovery, respond to climate change, and build growth that is inclusive of all our people,” she said at the concluding media conference.

“As we continue to recover from this global crisis, leaders acknowledged the opportunity to reset.”

Earlier, Mr Morrison used a media conference to hit back at criticism from China that new partnerships threatened the stability of the region.

Chinese President Xi Jinping and US President Joe Biden were among the leaders at the summit.

China has been critical of the Quad partnership formed between Australia, Japan, India and the US as well as the more recent AUKUS pact, under which Australia is exploring the purchase of nuclear-powered submarines.

Mr Xi told an APEC business forum the Asia-Pacific region must not “relapse into the confrontation and division of the Cold War era”.

He said attempts to draw ideological lines or form small circles on geopolitical grounds were bound to fail.

With Australia having faced Chinese sanctions on a number of exports in recent years, Mr Morrison responded: “(We must ensure) countries in a free and open Indo-Pacific can trade together and that countries are not subject to trade coercion, trade bullying and that the rules of the trade system are respected and that they are upheld.”

The final leaders’ statement, in its comments on trade, called for a “free, open, fair, non-discriminatory, transparent and predictable trade and investment environment”.

Mr Biden told the summit his country would do more to build on the 64 million COVID-19 vaccine doses provided so far to APEC economies.

He also underlined America’s commitment to “unleash the economic power of the region and to deepen US economic engagement throughout the Indo-Pacific”.

Mr Xi said China would “unswervingly” expand its opening up to the outside world and share China’s development opportunities with the region, state broadcaster CCTV said.