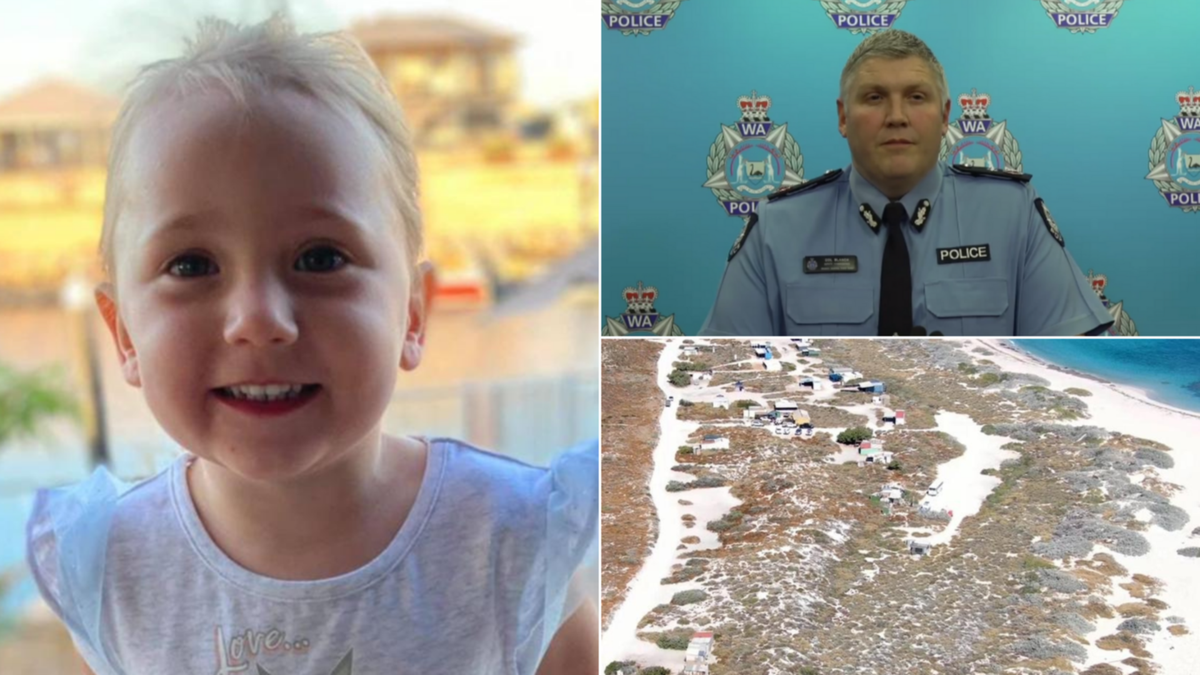 One of Western Australia’s top cops has revealed police received a tip that led them to find missing girl Cleo Smith early on Wednesday morning.

The four-year-old girl went missing from her family’s tent at the Blowholes campsite near Carnarvon on October 16.

Deputy Commissioner Col Blanch told Sunrise, as heard in the video above, detectives have been working extremely hard, collecting thousands of pieces of evidence, over the last 19 days to find Cleo.

On Tuesday night, detectives received the breakthrough they were waiting for and hours later, broke into a locked house Carnarvon at 12.46am on Wednesday.

There, they found Cleo alone in one of the rooms.

“They have been looking for that needle in a haystack and late last night they found that needle that led them to that address and rescued Cleo,” Blanch said.

“Just an amazing moment. I still can’t believe it at this time.”

Blanch said there was an “outpouring of relief” at the news Cleo had been found alive.

“I’ve never seen the seasoned detectives break down and cry with relief and I know that is the sentiment that is shared across the community,” he said.

“This has been an extraordinary effort by (the police and the community) but most importantly, Ellie, Jake and the family, I’m so pleased that they’ve got little Cleo back.

“An extraordinary moment this morning when police asked her name as she answered back in a little voice, ‘My name is Cleo’.

“I don’t think you have a dry eye in the house when you hear that.”

A 36-year-old man from Carnarvon, who is being questioned by police, was found at another location.

“People have to be held accountable for what has happened to Cleo and we have to collect all the evidence to do that and present it before a court,” Blanch said.

The deputy commissioner agreed finding Cleo was the greatest moment of his career.

“I think it is the greatest moment of every West Australian police officer’s career,” he said.

“It is something that we hope for in our hearts and it has come true and again for Ellie and Jake and the whole community, it is amazing.”

Shortly after she was found, Cleo was reunited with her parents.

Her mum Ellie Smith wrote a short update on Instagram, sharing news of her daughter’s rescue.

“Our family is whole again,” she wrote with a heart emoji.

“Cleo is alive and well,” he said.

“One of the officers picked her up into his arms and asked her ‘what’s your name?’

“This is the outcome we all hoped and prayed for.

“It’s the outcome we’ve achieved because of some incredible work.

Over the last 19 days, detectives and volunteers have been searching for Cleo, leaving no stone unturned.

Cleo had woken up around 1.30am on that Saturday morning and asked her mum Ellie for a drink of water.

When Ellie woke up later that morning around 6am, the flap to the tent was open and Cleo and her sleeping bag were missing, leading authorities to believe Cleo had been abducted.

By 7.10am, the first police officers to be called to the incident arrived at the scene.

At the time of her disappearance, Cleo was last seen wearing a pink and purple sleepsuit with a blue and yellow pattern.

Detectives have reviewed CCTV footage from the scene and had urged a driver seen leaving the site shortly after 3am that morning to come forward.

Police also searched Cleo’s family’s home several times, scoured the dark web, interviewed more than 100 people and sifted through garbage in the search for the four-year-old.