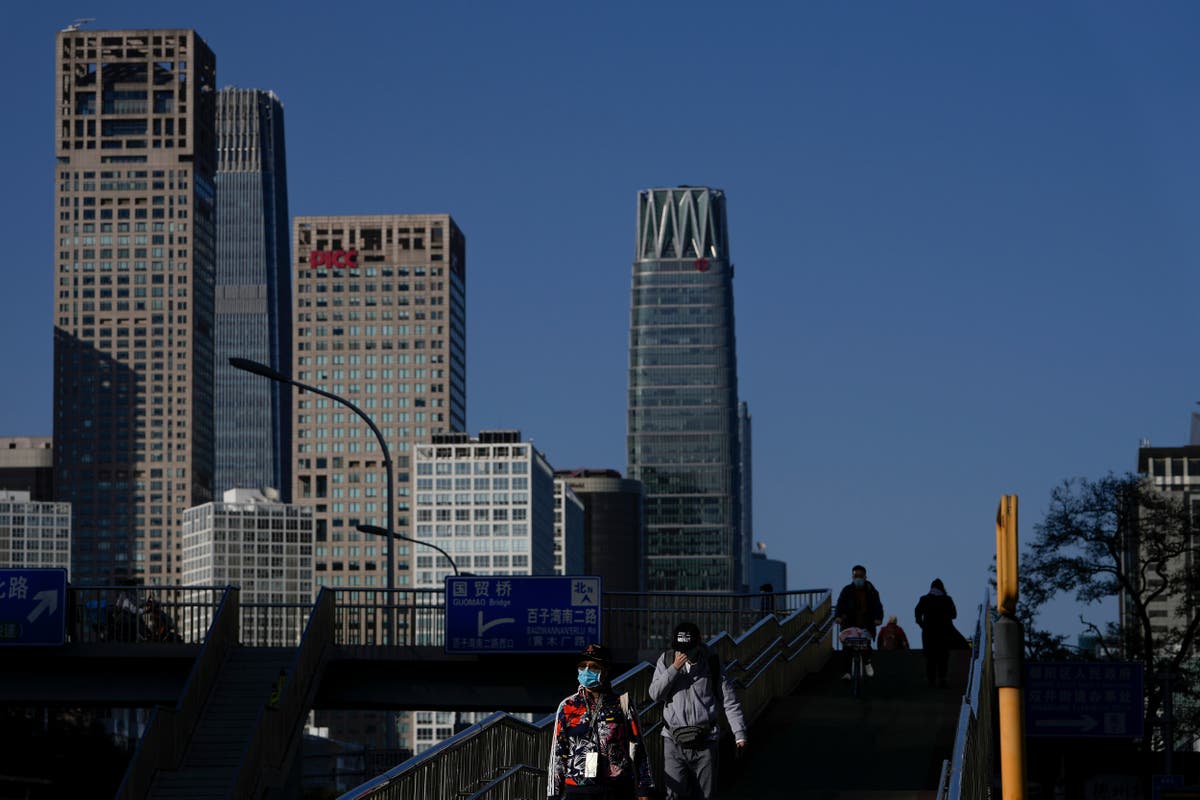 China’s economic rebound from the coronavirus pandemic is stalling as President Xi Jinping’s government cracks down on surging corporate debt.

For a decade, the ruling Communist Party has talked about shifting to economy based on spending by 1.4 billion consumers instead of on building factories and apartments. But with each slowdown, Beijing fell back on pepping up growth with more construction and borrowing.

Finally, Xi’s government is confronting the problem by clamping down on borrowing by a real estate industry that supports millions of jobs.

That is sending shockwaves through the economy. Businesses and households are jittery as housing sales and construction slump. That is chilling auto and retail sales. It has possible global repercussions as China buys less steel and other building materials.

“Many customers would like to wait and see,” said Liang Qiming, a salesman for online real estate broker 5i5j.com in Nanchang, a southern provincial capital that was turned into a boomtown by a flurry of construction over the past two decades.

China became the world’s factory, but the bigger power driving its economic boom was a construction frenzy that took off in the late 1990s. Developers and local governments poured borrowed money into blanketing the country with new apartments, office towers, shopping malls, bridges and railways.

Xi’s government appears to be willing to accept a politically painful slowdown to get that debt under control and achieve the longer-term goal of self-sustaining, safer growth.

Beijing “doesn’t want growth at all costs, followed by the likely or inevitable financial market crash, which is very much the sort of European-U.S. model,” said Robert Carnell, head of Asia research for ING.

Financial markets are on edge about whether one of the biggest developers, Evergrande Group, might be allowed to collapse under 2 trillion yuan ($310 billion) in debt as a warning to others.

Beijing wants to make sure families receive apartments sold to them by Evergrande before they were built, as is common in China, economists say. But they say it is trying to avoid sending the wrong message by bailing out the company.

China revived from the coronavirus pandemic earlier than the United States, Europe or Japan, but but that rebound quickly flattened out.

Housing sales fell 32% in September from a year earlier. Buyers were put off by curbs on mortgage lending and anxiety about whether developers might fail to deliver apartments paid for in advance. That means less spending on furniture and appliances.

With no sign Beijing will ease up, forecasters expect the economy to weaken further, since consumers who are reluctant to spend won’t fill the gap left by lower investment.

This quarter’s growth might fall as low as 3% over a year ago, according to Nomura. Bank of America cut its full-year forecast from 8% to 7.7%, which still would be among the world’s strongest. It slashed next year’s outlook from 5.3% to just 4%.

The total owed by companies, households and the government rose to almost the equivalent of three times annual economic output last year from 270% in 2018 — high for a middle-income country.

Xi affirmed his priorities at an August planning meeting, calling for “high-quality development” and “forestalling major financial risks,” according to the official Xinhua News Agency.

“China is in the middle of a transformation from growth driven by blind investments to high-quality growth,” said Zuo Xiaolei, an economist in Beijing.

Regulators tightened control over use of debt by real estate developers last year. Hundreds already had gone bankrupt following other restrictions imposed since 2017.

Tightening control, Beijing on Oct. 15 declared 19 of China’s biggest banks that account for three-quarters of their industry’s assets to be “domestic systemically important banks” that will face closer government scrutiny and lending controls.

A midsize developer, Modern Land (China) Co., announced it failed to pay off on a $250 million bond due Oct. 25. Earlier, another developer, Fantasia Holdings Group, missed a $205.7 million payment to bondholders due Oct 5.

Evergrande has caused more anxiety due to its vast debt, which includes $18 billion owed to foreign bondholders.

It failed to make a bond payment due Sept. 23. An official newspaper said the company avoided being declared in default by wiring $83.5 million for the payment on Oct. 22, one day before the end of a 30-day grace period.

“The risk of a sharper slowdown in real estate activity can’t be ruled out,” Tommy Wu of Oxford Economics said in a report.

Meanwhile, the economy also faces headwinds from power rationing imposed in major manufacturing areas to meet official efficiency goals. Automakers and other factories have been disrupted by shortages of processor chips.

Auto sales plunged 16.5% in September from a year earlier, according to the China Association of Automobile Manufacturers.

Buyers are uneasy about the pandemic and economic outlook, said Chu Xianwu, who sells Jeeps at Shandong Xinju Auto trading Co. in the eastern city of Jinan. He said sales there were down 20% from six months ago.

“I really hope the situation will improve in the near future,” Chu said.