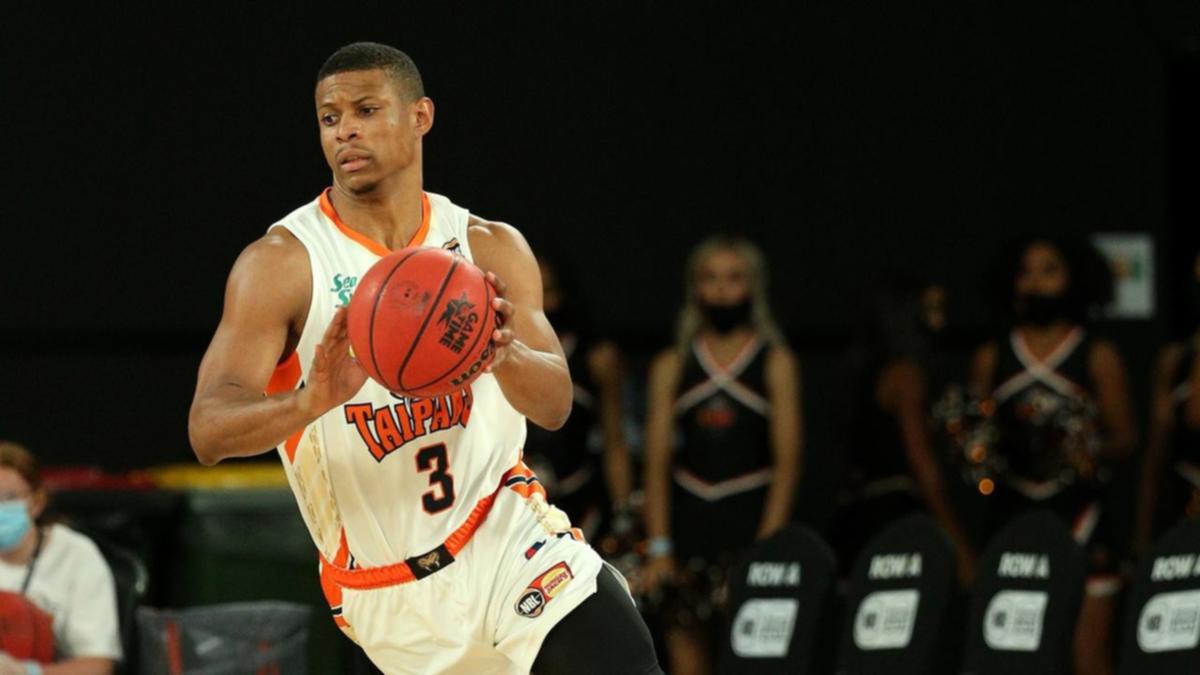 Tahjere McCall has helped Cairns overcome an early injury to fellow import guard Scott Machado and earn the Taipans a 69-62 home win over Tasmania in the JackJumpers’ first NBL away game.

Machado came off the court after playing just the opening six minutes of the Taipans’ first game at the Cairns Convention Centre in over two years on Saturday.

The Taipans led 22-21 at quarter time but scored just six points in the second quarter to trail by six at the half.

Urged to “knuckle up” at halftime by coach Adam Forde, Cairns restricted Tasmania to six points in the third quarter and were ahead by seven going into the last.

With McCall scoring 20 and Kouat Noi 17, Cairns found enough points to win despite shooting just 40 per cent from the field.

Tasmania (1-2) twice got within four in the final quarter, but Cairns (1-1) held on to win their opening home game of campaign.

“Tahjere led the way, the boys followed him and I was finding it hard to not sub him out, so we used a couple of time outs and a couple of breaks in the game,” Forde said.

“It was an inspiring effort, the guys showed some heart and that’s all I could ever ask for.”

Forde said it was too soon to tell how bad the injury to Machado was after he hurt his right foot.

“The initial assessment is it’s not overly severe which is good. Knock on wood that it stays that way,” Forde said.

“But we won’t know anything further until we get some scans and then start working on a timeline.”

The JackJumpers shot just 31 per cent from the field and only 14 from three-point range, making just five of 34 long bombs.

Magette (19 )and Clint Steindl 13 were the only double digit scorers for the JackJumpers.

Coach Scott Roth was pleased with another good defensive effort from his side but lamented their inability to convert 21 turnovers into more than two fast break points.

“We settled for a lot of jump shots which leaded to us not getting to the foul line,” Roth said.

“That was like going the dentist’s office and getting a cavity removed and they didn’t give you novocaine.”