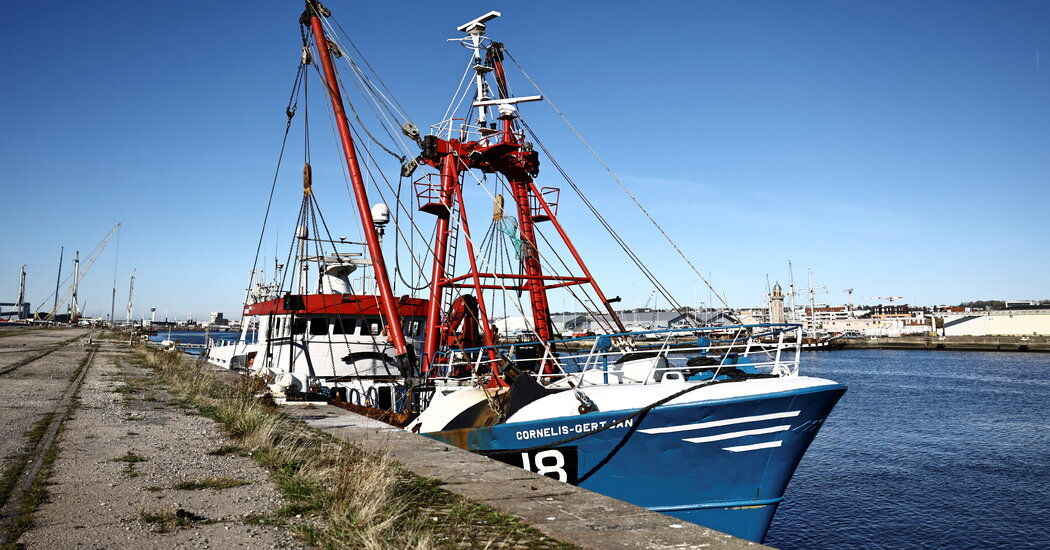 French patrol vessels fined two British trawlers and detained one of them for not having a license, near the port of Le Havre on Wednesday. A growing disagreement over post-Brexit fishing rights is expected to be discussed at the Group of 20 summit in Rome.

The honorable lady also mentioned the issue of the two vessels that have been initially detained, we understand one of them may still be detained. She raised the issue about whether a license had been issued. What I’ve been able to establish so far is that in respect of that vessel, they were on the list that was provided by the M.M.O. initially to the European Union. The European Union, therefore, did grant a license. We are seeing some reports that for some reason they were subsequently withdrawn from the list. It’s unclear why that might have been at the moment.