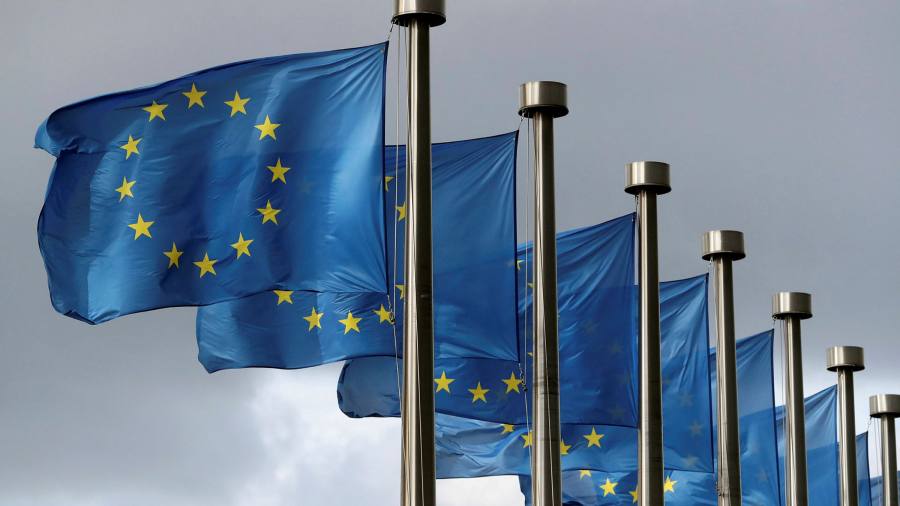 This week’s Britain after Brexit comes to you from Brussels, as Peter takes a well-earned half-term break. Holiday for most Belgian schools is next week, so inevitably the glorious autumn sunshine here will end this weekend with temperatures plunging from 17C to 10C. There is no rest for UK and EU negotiators, however, as talks about the future of the Northern Ireland protocol continue with Lord Frost meeting Maros Sefcovic, EU Brexit commissioner, in London tomorrow.

But whatever happens to the Trade and Cooperation Agreement, the EU will remain the UK’s biggest trading partner for a long, long time to come. And many in this city say it is time for British business to adapt to the new reality — influencing policy from the outside, as a third country, rather than from within as a member.

The usual panoply of business groups is present in Brussels — the CBI, dominated by big employers, and a local partner of the British Chambers of Commerce, which caters to medium-sized companies. The CBI remains a member of BusinessEurope, which has a lot of sway in the EU and is consulted — if not always listened to — on legislation.

Many UK companies, or at least businesses with big UK operations, are also members of sectoral groups such as ACEA, the carmakers’ body, or Eurofer for steel.

But there is a need for a unified British voice, says Susan Danger of AmCham EU, which has represented the interests of US companies in Brussels for 60 years. It has 158 members that are “committed to and invested in Europe” and employ 4.8m people directly in the EU. That allowed them a hearing with policymakers, she said.

“The British business groups have membership from multinational companies with UK operations. AmCham is purely US companies,” she told Britain after Brexit. “It is very clear who we represent when we talk to stakeholders.” The EU still remained the US’s most important global partner, as it would be for the UK, she argued.

Some 55 per cent of income earned by US companies overseas comes from Europe. And 60 per cent of the US’s stock of global investment is in Europe, with a quarter of that in the UK. That contribution gets AmCham heard in the corridors of power.

“You have to convince the EU to listen to you,” said Danger.

On Wednesday, lobbying group Low produced a report suggesting AmChamEU as a model for how UK companies should push their interests in Brussels and hosted a debate with Ian Wright, chief executive of the UK’s Food and Drink Federation, Ben Butters, head of Eurochambres, and Danger. Both British executives are based in Brussels.

Butters said that the ambivalent UK attitude to the EU had long been an issue. “There has always been something of a gap between British businesses and the EU policymaking machine. Even before Brexit, UK business was punching below its weight at EU level cumulatively.”

Former UK Conservative health secretary Andrew Lansley, who advises Low, warned that the relationship between the UK and EU was “bedevilled by a lack of trust” and British business could get caught in the crossfire. “You may not find your interests are represented by the British government,” he said, given that London wished to change regulations inherited from the EU, which could make British products impossible to sell in the single market.

This created a problem, Danger told Britain after Brexit. The precise attraction for US companies is the single market, smoothly selling to about 450m relatively wealthy consumers. It is also the magnetic pull that it has on global regulation. The “Brussels effect” means that companies adopt EU rules globally as it is simpler than operating differently in different countries. Even in areas where US business was initially unhappy with EU regulation, such as GDPR, the US itself often ended up enacting something similar, she said.

However, the UK government is deliberately distancing itself from the single market. Its 180-strong diplomatic mission to Brussels is downsizing rapidly now that Brexit has happened.

It also needs to pivot from being a policy scrutiny and negotiating team to one that builds relationships, picks up intelligence and influences.

UK ambassador to the EU Lindsay Croisdale-Appleby is fitting this work in around intense talks over Northern Ireland and Gibraltar.

He hosted a screening of the latest James Bond film, No Time to Die, and is organising other cultural and political events but London’s anti-Brussels rhetoric is not helping. As Wright from the Food and Drink Federation pointed out, it simply increased the chances British businesses would be blackballed.

Even in industry groups “your European partners are not keen [to involve you] because it causes difficulties with the commission”.

Danger believes companies must steer clear of British diplomats and create their own lobbying arm with a hub in Brussels.

Wright said as a first step that his federation, along with the National Farmers Union and groups representing hospitality, could set up a specialist food embassy in Brussels but he would like others to join. “My preference would be for a collective engagement,” he added. Not least because “the scale is going to be so huge”.

It is time for UK companies to boost their public affairs budgets.

Wednesday’s Budget laid bare the extent of damage to trade and the UK economy that Brexit is doing. The Office for Budget Responsibility, the independent body that advises the government, forecast that it would reduce GDP by 4 per cent, double the impact of the pandemic.

It also pointed out that exports to the EU had fallen, both in the five years since the EU referendum and the period since the UK left the bloc. Meanwhile, the UK has not offset that drop with exports to the rest of the world, a key government aim. In 2019 the EU accounted for 46 per cent of UK goods exports.

The Budget set the UK further on the path to being a more European-like economy, with higher taxes and higher government spending. But government revenue as a proportion of GDP remains below any EU member apart from Ireland, though the gap is narrowing. Wages are also rising after a shortage of workers led to competition.

Never mind Northern Ireland. The perennial problem of fish has resurfaced. France yesterday made good on threats to act after the UK and Jersey denied many boats a licence to fish in their waters. The biggest repercussion for UK business from the dispute will be increased checks on lorries crossing the Channel from Tuesday.

The latest test of EU internal order is Poland’s defiance of the European Court of Justice. Warsaw’s decision that Polish judges outrank EU ones echoes UK thinking. Its rhetoric — accusing the EU of wanting to start a ‘third world war’, is also similar. But Poland wants to stay in the club while ignoring the rules.