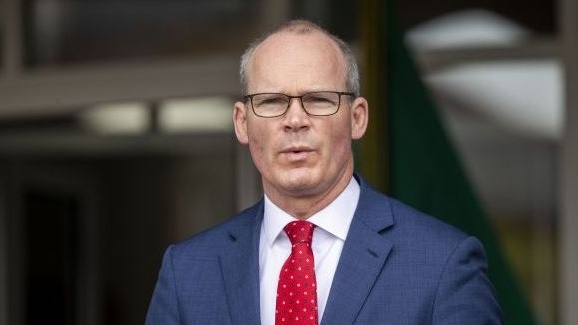 A pullback by Britain from triggering article 16 in recent days has created a “window of opportunity” to resolve the dispute over Northern Ireland’s post-Brexit arrangements, Minister for Foreign Affairs Simon Coveney has said.

Mr Coveney spoke in Brussels after meeting with the European Union’s lead in talks with the United Kingdom, Commission vice president Maros Sefcovic, amid efforts to dissuade London from suspending parts of the Northern Ireland Protocol.

British negotiators are set to arrive in the city on Wednesday to lay the groundwork for a meeting between Mr Sefcovic and his British counterpart David Frost on Friday.

Mr Coveney indicated that the EU would lay out proposals on medicines in particular that would allay concerns in the North about interruptions to supply.

“There’s a real opportunity to try to make some progress on medicines in particular this week, and then use that as a basis to build trust to try to solve other issues as well,” Mr Coveney said.

Moves by Britain in recent weeks towards using the article 16 clause to suspend arrangements designed to avoid a hard border on the island of Ireland had “impacted on trust”, he said. Nevertheless, he suggested that an ease in momentum away from pulling the trigger was a positive step.

“It’s just hard to know whether this is a tactical sort of pullback for now, or whether it’s a genuine effort to try to find a way forward. But I think our job is to be positive, to be optimistic, and to try to create windows of opportunity when they are there. And clearly there’s one there now,” Mr Coveney said.

But senior Government sources in Dublin are sceptical of the softening in the British tone last week, pointing to a speech by Boris Johnson in London on Monday evening where he again referenced the possibility of triggering article 16. Officials said that the British position may be hardening again – as they anticipated – now that the COP26 climate conference has concluded.

One source said that while the mood between the two sides had improved, it had yet to be tested on substance this week. Irish officials also said that their scepticism was shared by the EU.

Meanwhile, the former Taoiseach John Bruton said in a speech delivered in Brussels that if the UK invoked article 16, it would be accepting the operation of the protocol as the framework within which its complaints would be adjudicated. That is good in so far as it goes.”

However, he warned that if the UK used other means to negate the protocol it would lead to a trade war with the EU.

“If . . . the UK were to ignore article 16 and attempt to negate its application by the use of secondary legislation, to evade parliamentary control, this would be another breach of a solemn international treaty by the UK. It would merit a very robust response from the EU. It would lead to an economic war,” Mr Bruton said.

In the background, the European Commission has been preparing options for an EU response if Britain does use article 16. This is thought to include options that would affect the EU’s overall trade deal with the UK, an outcome that would hit Ireland’s economy as well as Britain’s.