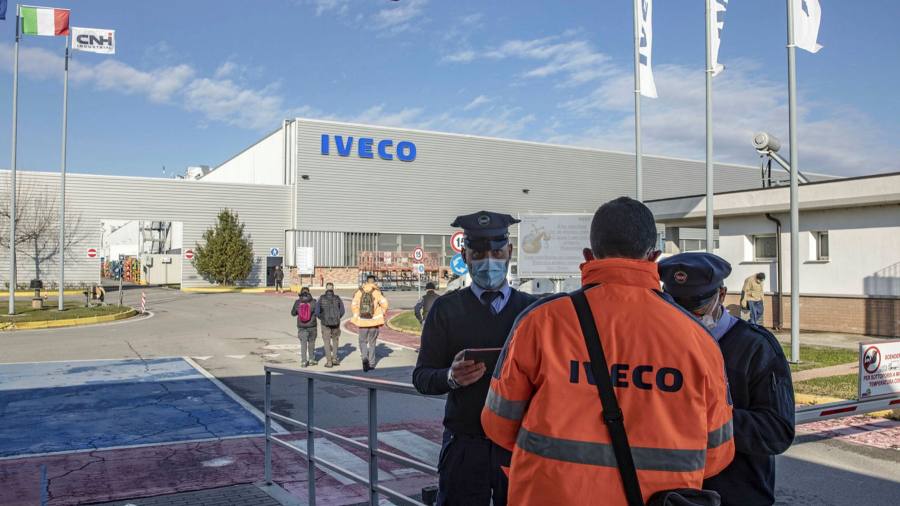 How dangerous is the new Omicron variant? Is travel-related testing necessary even for vaccinated people? How soon should children get vaccinated against Covid-19?

These are a few of the issues health ministers are set to discuss today with the heads of the EU medicine agency and the European Centre for Disease Prevention and Control. I’ll unpack their agenda and look at why the flurry of national restrictions responding to Omicron need better co-ordination. We also have a cameo appearance from Emmanuel Macron on the topic of vaccines, days ahead of his planned news conference on the priorities for France’s EU presidency starting in January.

In Brexit (aid) news, Ireland received Brussels’ green light for the first tranche of nearly €1bn in EU compensation for the economic damage to regions, sectors and companies hit hardest by UK’s departure from the bloc.

Speaking of the single market, nearly 40 years after its creation, there is still ample room for improvement, according to a new report by leading industry chiefs.

The arrival of Omicron in two-thirds of EU’s 27 countries has prompted a flurry of restrictive measures and accelerated vaccine uptake (including boosters). But it has also created confusion about what’s next — including whether to introduce mandatory vaccination and fines for refuseniks, as in Austria and Greece.

Health ministers meeting in Brussels today will have an array of questions on the spread of Omicron and how to better co-ordinate their response.

Here are some of the issues likely to be raised:

Meanwhile, president Emmanuel Macron acknowledged last night that France had failed to produce its own Covid-19 vaccine but lauded the EU’s collective success in inventing, producing, distributing and exporting mRNA doses for the world, writes Victor Mallet in Paris.

“It’s a wonderful achievement. We were able to vaccinate thanks to Europe,” Macron told a meeting to celebrate the 25th anniversary of the Jacques Delors Institute, alluding to the BioNTech vaccine developed in Germany and marketed by Pfizer.

“Sure, go ahead and be Hungarian, Polish or French nationalists, you wouldn’t be vaccinated, or only imperfectly,” he added. “Perhaps your Russian friends would have given you the Sputnik one that hasn’t been approved by the WHO — good luck with that!”

France is set to take over the rotating EU presidency in January and Macron will hold a press conference on Thursday outlining his priorities, including on health.

Even as official data point to a strong economic rebound for Ireland, the EU will this month start paying Dublin a nearly €1bn emergency handout designed to help the bloc’s hardest-hit regions, sectors and companies recover from the impact of Brexit, writes Jude Webber in Dublin.

By dint of Ireland’s closely intertwined trade links with the UK, it will be the first member state to receive payment from the €5.4bn Brexit Adjustment Reserve. Payments to other affected countries should be finalised in the coming weeks, the commission said.

A first €361.5mn payout — from a total €920.4m award for Ireland — will be sent this month, with the balance to be paid over the next two years. That is despite Ireland’s economy being on course to grow by 15 per cent this year, according to economists, and booming tax revenues, including a 31 per cent surge in corporation tax in November compared with the same month last year and a 25 per cent leap in value added tax.

“Brexit has had a negative impact on many people’s lives,” Elisa Ferreira, commissioner for cohesion and reforms, said in a statement. “Within the EU, it is the people in Ireland who feel it most . . . the funding that Ireland will receive will contribute to improving living standards, support economic growth . . . and mitigate the negative impacts in local communities.”

Neale Richmond, European affairs spokesperson for Fine Gael, one of the parties in Ireland’s coalition government, said the funding was a clear display of solidarity for Irish businesses and traders who have had to transform their trading models or switch to new routes or markets as a result of Brexit.

“Ireland did not ask for Brexit, nor do we support it, but we must deal with the consequences of the UK’s decision,” he said. “This funding is crucial to ensure that the transition is as smooth as possible for our businesses.”

The cash can be used to retrain people, help fishing and other industries, and mitigate the cost of customs red tape. Ireland’s fishing industry, for example, employs more than 14,000 people.

The incoming German coalition is at odds over relaxing the country’s debt brake to allow for much-needed investments, so it plans to implement some creative workarounds, including by turning a state-owned development bank into an “innovation and investment agency” and using it to leverage private investments. (More here)

A new publication by some of Europe’s industrial and tech leaders calls for deeper integration of the single market, nearly four decades after its creation, writes Javier Espinoza in Brussels.

It took an oil crisis and rampant inflation in the early 1980s to set up the single market under the Jacques Delors commission. But a group that was an early advocate for slashing trade barriers within the union, the European Round Table for Industry is still unhappy with the result.

It is calling for “more progress in the breadth, depth and governance of the single market”. Other business groups including BusinessEurope, Eurochambres and Eurocommerce have also urged renewed political investment in the project.

The ERT publication, entitled “Renewing the Dynamic of European integration: Single Market Stories by Business Leaders”, offers 30 stories that expose issues related to the implementation of the single market — from labelling to free movement of waste and the scaling up of hydrogen.

“Obstacles and obsolete restrictions persist while immense challenges are knocking at our door,” wrote Pascal Lamy, who was Delors’ chief of staff at the time the single market was created and then went on to run the World Trade Organization. “Let us vigorously resume the task of deepening our internal market with the new tools suited to the economy of tomorrow,” he added.

Here are three key takeaways from the new report: