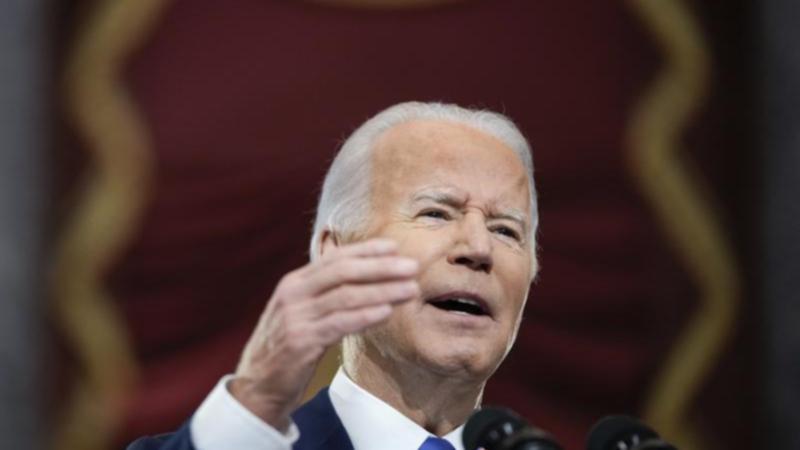 US President Joe Biden has accused his predecessor Donald Trump of posing a continuing threat to democracy in a speech on the anniversary of the deadly Capitol attack by Trump supporters who tried to overturn his 2020 election defeat.

Speaking at the white-domed building that was the scene of the January 6, 2021 riot, Biden warned that Trump’s claims that the election was stolen from him through widespread voting fraud could unravel the rule of law and undermine future elections.

“We must be absolutely clear about what is true and what is a lie. Here’s the truth: a former president of the United States of America has created and spread a web of lies about the 2020 election. He’s done so because he values power over principle,” Biden said.

The speech was a departure for Biden, who has spent most of his first year in office focused on pursuing his own agenda rather than looking backward.

But Democrats, a handful of Republicans and many independent observers have warned that the damage Trump did before the riot – in an incendiary speech to supporters in which he repeated his election allegations and exhorted them to go “to the Capitol building to peacefully and patriotically make your voices heard”.

“One year ago today in this sacred place, democracy was attacked. Simply attacked,” Biden said.

Biden added that “for the first time in our history a president had not just lost the election he tried to prevent the peaceful transfer of power”.

Biden condemned Trump for watching the riot on television “and doing nothing for hours”.

According to Reuters/Ipsos polling, about 55 per cent of Republican voters believe Trump’s claim which was rejected by dozens of courts, state election departments and members of Trump’s own administration.

Five people, including one woman shot by police, died and about 140 members of law enforcement were injured in the hours-long rampage.

One of the officers at the scene, Sergeant Harry Dunn of the Capitol Police, said the attack took an emotional toll.

“You cannot get away from January 6 even if you’re trying to. It’s everywhere, especially if it’s your place of work,” Dunn said in a phone interview.

“Accountability needs to be had, no matter who that comes at.”

Biden’s remarks will begin a day-long series of events that will also feature House of Representatives Speaker Nancy Pelosi and other legislative leaders, mostly from Biden’s Democratic Party.

They will highlight the lingering damage from the worst attack on the Capitol since the War of 1812.

“Your ideology doesn’t have to be the same as ours. We can disagree respectfully but we cannot follow a big lie,” he said on CBS.

The House will not be in session and many Senate Republicans will be out of state attending the funeral of former Republican Senator Johnny Isakson.