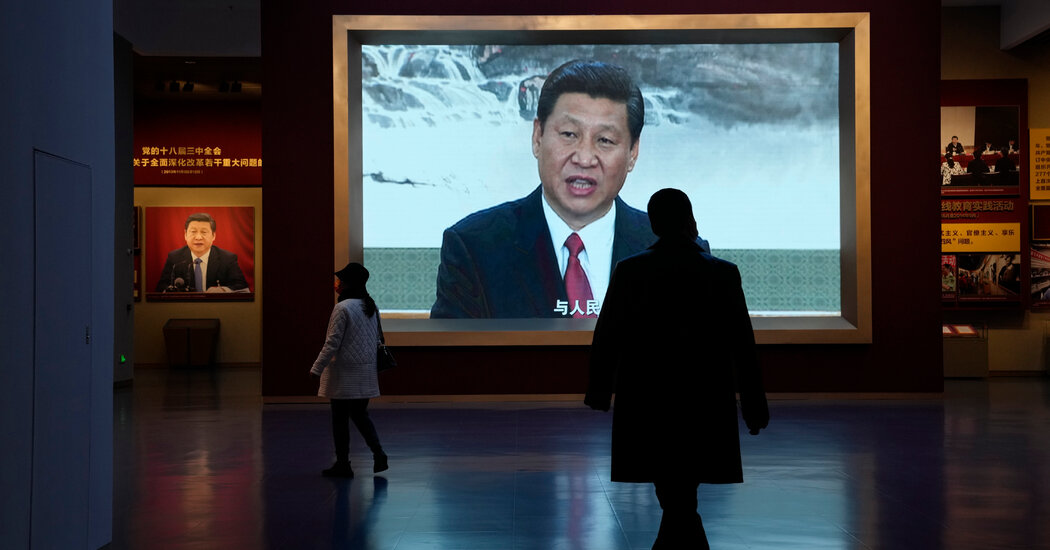 The officials, who spoke on condition of anonymity to preview the diplomatic conversations, said the president would make clear that the United States was ready to engage in stiff competition, but did not want open conflict with China and was eager to cooperate in areas where the two countries’ interests aligned.

Those areas are likely to include discussions of efforts to limit nuclear proliferation and counter global warming.

But the meeting between Mr. Biden and Mr. Xi could also be tense, as the two leaders deal with more contentious issues, including China’s military buildup in the South China Sea, Chinese hacking of corporate and government computer systems in the United States, human rights violations by the Chinese government, and the ongoing conflict between China and Taiwan.

Trade issues are also likely to be on the agenda, given that a deadline is approaching at the end of the year for China to purchase an additional $200 billion of American products under a 2019 trade deal.

According to tracking by Chad P. Bown, a senior fellow at the Peterson Institute for International Economics, China is on pace to fall roughly 40 percent short of that promise. American officials have been pressing their Chinese counterparts to close the gap on promised purchases of U.S. energy, agricultural products and medical devices, as well as Boeing airplanes. They are also pushing them to improve in other areas where China has fallen short of its trade deal commitments, like respecting intellectual property provisions.

The trade deal, signed by President Donald J. Trump in January of last year, left tariffs in place on the bulk of products traded between China and the United States each year. While the business community has been pushing to reduce the tariffs, Myron Brilliant, an executive vice president of the U.S. Chamber of Commerce, said such a breakthrough did not appear likely on Monday night, though officials might make progress on issues like easing visa restrictions, creating a weapons dialogue or encouraging China to purchase more American exports.

“The political constraints on both sides mean our expectations should be somewhat modest for this call,” Mr. Brilliant said. “A win right now is an agreement on both sides to reduce the tensions in the relationship.”