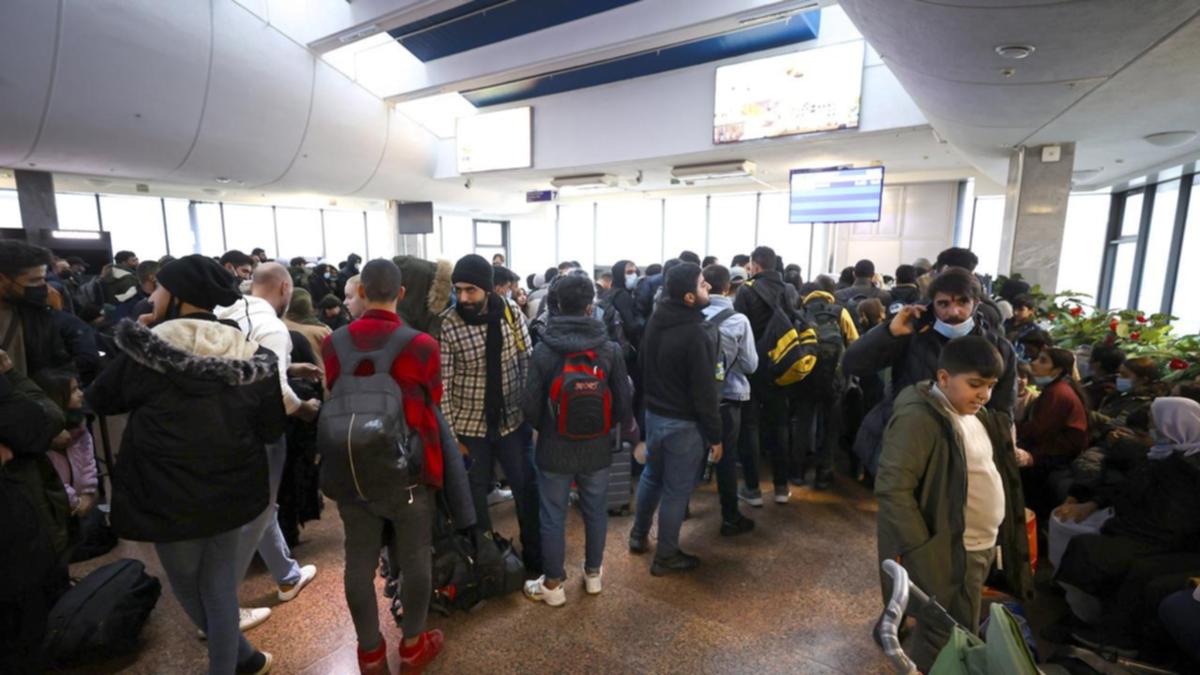 Belarus wants the European Union to take in 2000 migrants and officials in Minsk will send 5000 others back to their countries to fix the crisis on the Polish border, the president’s spokeswoman has been quoted as saying by Belta news agency.

The spokeswoman said President Alexander Lukashenko had discussed the proposal with German Chancellor Angela Merkel and that Merkel had agreed to discuss it with the European Union.

The spokesman, Natalia Eismont, summarised the proposal as follows: “The European Union creates a humanitarian corridor for the 2000 refugees who are in the camp. We undertake to facilitate (as far as possible and if they wish) the remaining 5000 to return to their homeland.”

It was unclear if the plan would be acceptable to the EU, especially as the return of 5000 of the migrants was hedged with conditions.

The EU Commission said earlier there was no question of any negotiation with Lukashenko.

Hundreds of Iraqis who have camped for weeks at Belarus’ borders with the EU checked in for a flight back to Iraq on Thursday, the Iraqi foreign ministry said.

“Yes, unfortunately, only about 400 refugees have agreed to return home. In all, to be precise, in the plane that left today there were 374 passengers, mostly Iraqi citizens,” Eismont said.

“We’re fulfilling our promises while the EU has not yet fulfilled a single obligation,” she added.