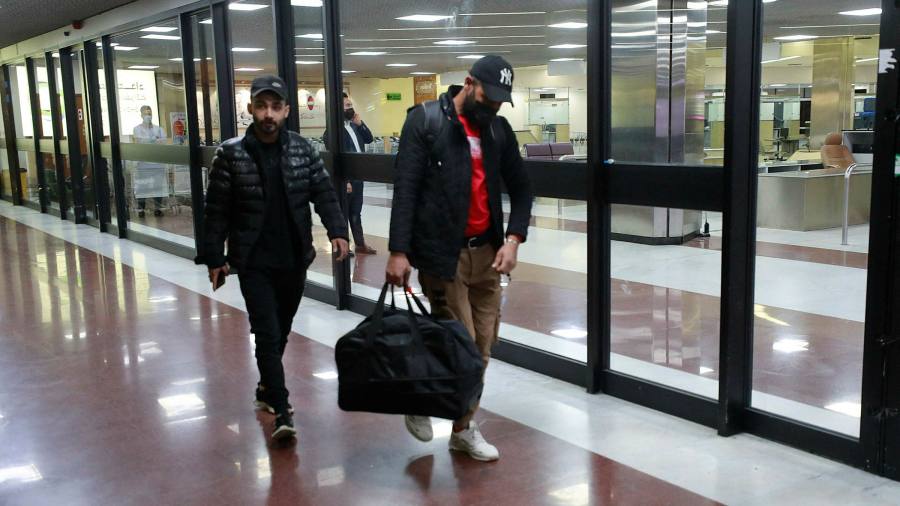 Belarus on Thursday moved migrants away from a camp on its border with Poland in a move that could help ease a crisis which has sent relations between the EU and Minsk to historic lows.

Thousands of migrants, mainly from the Middle East, have attempted to reach the EU via Belarus since the summer, in a surge that EU officials say has been orchestrated by Minsk in retaliation for the bloc’s support for Belarus’s persecuted opposition.

Belarus’s state-run news agency, Belta, said on Thursday that migrants had left the camp near the Bruzgi-Kuznica border-crossing, where many have gathered in recent days. The area was the scene of clashes between migrants and Polish border forces on Tuesday.

Poland’s border guard confirmed the camp had emptied and said the migrants had been taken to a logistics centre a few hundred meters away.

The move follows a burst of diplomatic activity in recent days with German chancellor Angela Merkel twice speaking to Belarus’s authoritarian leader, Alexander Lukashenko. It was the first time a western leader has spoken to him directly since he launched a savage crackdown on his opponents last year.

Lukashenko has also moderated his rhetoric, saying on Tuesday that an escalation of the crisis was in no one’s interest. On Thursday, the first flight repatriating migrants left Belarus, with Iraq sending a plane to take around 400 of its citizens back to the country.

Resolving the crisis has taken on an added urgency as eastern Europe’s harsh winter approaches, with refugees camped on the border enduring increasingly low temperatures. At least eight migrants have died in Poland since the crisis began.

Earlier on Thursday, Natalia Eismont, Lukashenko’s spokeswoman, claimed that during his first call with Merkel the Belarusian leader had proposed a solution to the crisis, under which Belarus would return 5,000 migrants to their country of origin, and the EU would accept 2,000.

However, this was rejected by Berlin. “Germany did not agree to that,” said a senior German official. “It’s a European problem and Germany will not act alone in this matter.”

During a press conference in Warsaw, German interior minister Horst Seehofer reiterated the denial, warned against disinformation and said Germany would not take any action without consulting Poland.