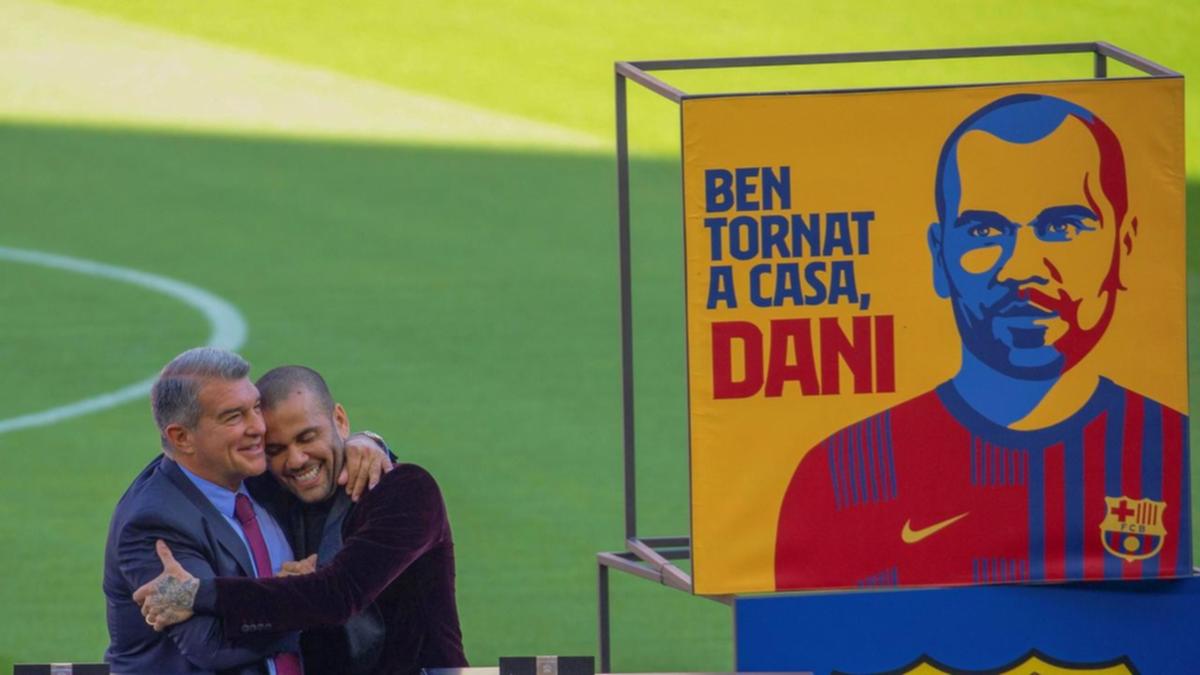 Barcelona defender Dani Alves has received a rousing reception after being presented to the club’s supporters for the second time in his career.

The returning Brazilian delighted the Camp Nou crowd with a barefoot romp on Wednesday.

The 38-year-old right back, who wore an amber velvet suit, signed a contract until the end of the current campaign with the club’s president Joan Laporta alongside him, before addressing thousands of fans.

“I’m even more handsome now than when I left”, Alves said. “Once again, I’m here. If you remember the last time that I took this microphone, it was to say that I didn’t know when my dream would end.

“But I’m here again, still living the dream. You make me feel special, like one of you. This is something that is never is going to change.

Alves played for Barca between 2008 and 2016 in a trophy-laden spell during which he won six LaLiga titles, three Champions League crowns and three Club World Cup trophies among other major honours.

The Brazilian will wear the number eight jersey in his second stint and said he wanted to pay tribute to two club greats who had the same number.

“Everyone should honour the greats when they’re still alive. So I’m going to wear number eight to show my appreciation to Andres Iniesta and Hristo Stoichkov,” Alves said.

Alves, who completed his medical this week, has the option to extend his contract for another season. He cannot play until January but will start training with his teammates this week.

After a turbulent season, Barca are ninth in the league with 17 points.