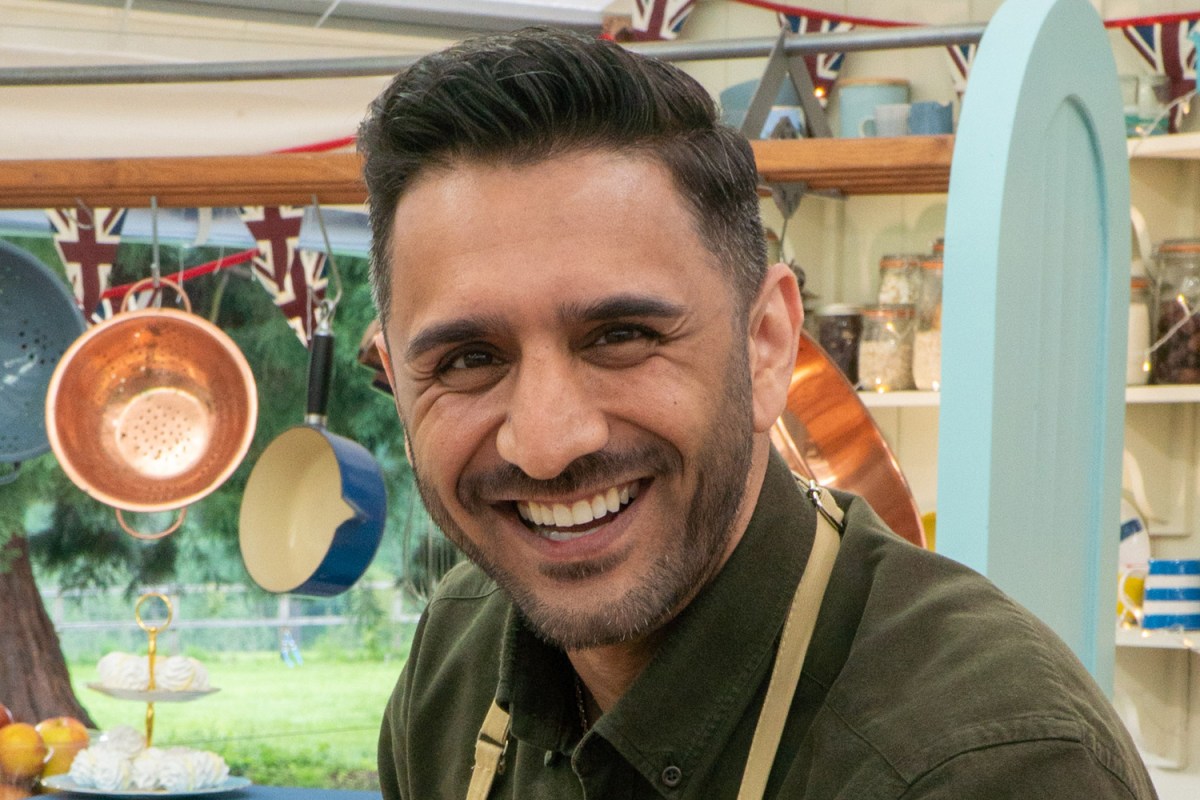 The fan favourite managed to pick up even more admirers during tonight’s show as he debuted a very swoon-worthy transformation.

Chigs gave off “Clark Kent vibes” as he baked while wearing a pair of eye glasses.

“We are all on the same page about Chigs wearing those glasses right?” wrote one fan on Twitter.

Another added: “Fully in love with Chigs in those glasses”.

And a third wrote: “Think we can all agree that Chigs with glasses is FIT.”

Will Chirag, who goes by the name Chigs, is a 40-year-old sales manager from Leicestershire.

Chigs only got into baking in 2020 while stuck in lockdown and looking for new things to do.

He taught himself all the skills he needed to know – such as intricate chocolate work – through watching online videos.

Chigs is a real thrillseeker enjoying activities such as bouldering, skydiving and trekking – and enterin baking ompetitions.

If getting a place to compete on Bake Off wasn’t enough, he also hopes to climb Kilimanjaro having already taken on the Three Peaks Challenge in Yorkshire.

But fans’ joy was short lived when George was sent home – despite wowing with his showstopper.

Paul Hollywood and Prue Leith admitted that they were choosing between George and Lizzie to go home in tonight’s ep, and narrowly miss out on next week’s quarter final.

And while Lizzie was stronger in the first two tasks in Caramel Week, her final bake disappointed the judges – with Prue branding it “inedible”.

Meanwhile, George had the opposite – struggling in the technical before blowing Paul away with his caramel cake and dome made out of sugar.

It was a close call, but George got his marching orders – and he confessed that being sent home was “bittersweet” as at least he’d been “proud” of his final creation in the tent, with Paul even saying that he wanted the recipe.

But viewers at home were less forgiving of the decision, with one fuming: “Imagine being one of the best on the final challenge and still being sent home, absolute bulls**t.”

Another complained: “Can’t believe George had to leave after that showstopper.”