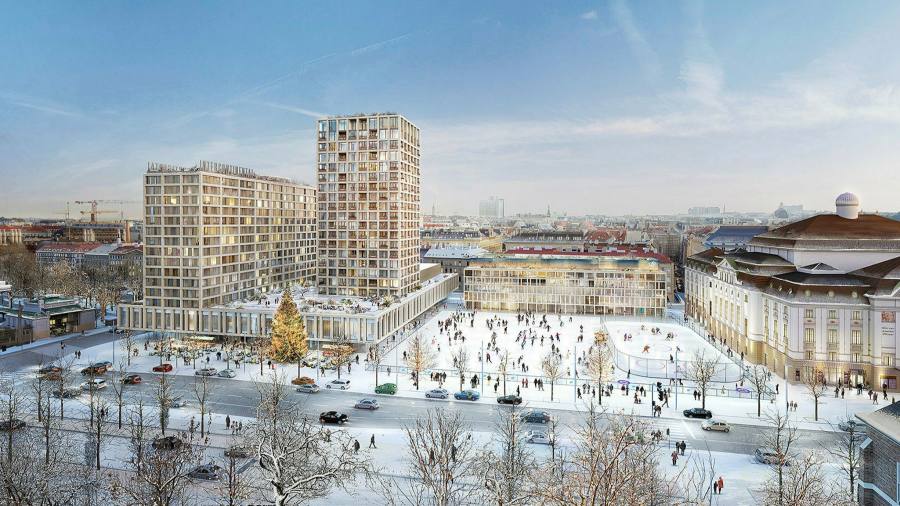 Three of Austria’s most powerful businessmen have been charged with bribing a Green party politician to secure lucrative building permissions for property development in Vienna.

Billionaire property developers Rene Benko, Michael Tojner and Erwin Soravia were among 12 individuals named in a criminal indictment filed by prosecutors on Wednesday — a copy of which has been seen by the Financial Times.

The Austrian state prosecutor for economic crimes and corruption [WKStA] accuses the individuals — some of central Europe’s most prominent, and politically well-connected entrepreneurs — of bribery and abuse of office.

The WKStA’s indictment states that property developers made more than €1.7m in donations to an Austrian-South African educational charity, S2Arch, founded and run by the Austrian Green Party’s Christoph Chorherr, in exchange for political favours.

The indictment also names 21 companies, including Benko’s Signa Group, the joint owner of the Chrysler Building in New York, and calls for hefty corporate fines against them for facilitating the alleged scheme.

The charges come just weeks after Austrian chancellor Sebastian Kurz was forced to resign in a corruption scandal, and amid a series of high-profile linked investigations into the role of dirty money in Austrian public life.

Chorherr, a former national spokesperson for the Greens, served as the deputy head of the committee for housing and urban renewal for Vienna from 2010 to 2019, a role in which prosecutors said he “had a major influence on building and zoning issues in the city.”

A spokesperson for the Green party said the party had “great confidence in the work of the judiciary in Austria and [we] are glad it can investigate freely.”

The WKStA alleges that Chorherr, one of the individuals named in the indictment, intervened to secure positive outcomes on planning decisions on at least 15 major property developments in Vienna on behalf of donors to his charity.

The donations to Chorherr’s S2Arch were routed via third parties in an apparent effort to disguise their origins, the WKStA said.

“Regardless of how they were labelled, whether as sponsorships, donations, auction proceeds, licensing fees etc, they were in every case recognised by both sides as being connected to Chorherr in his role as a member of the Vienna city government and the projects . . . with the expectation of official approval for these projects.”

In a statement, Chorherr said he was confident that the charges would not stand up in court. He said prosecutors had already questioned 16 officials from Vienna’s planning office, “[who] confirmed that . . . no illegal interventions by politicians, superiors or other persons interested in the [building] projects concerned took place.”

S2Arch has received millions of euros in donations from more than 400 organisations and businesses, including the City of Vienna and some of Austria’s biggest banks, an adviser to one of the defendants pointed out, speaking on condition of anonymity. The WKStA was engaged in a witch-hunt, he said, and was keen to prove its mettle after its credibility had recently been called into question following its explosive allegations against former chancellor Kurz.

Karl Liebenwein, a lawyer for Tojner, said that his client’s building projects in Vienna — which include the Heumarkt development — had been “carried out properly and without any [undue] influence whatsoever.”

“We are convinced that the [charitable] donations made by our client is not punishable and trust that the court will clarify the matter in a positive manner for out client,” he added.

A spokesperson for the Soravia Group meanwhile pointed out that the company and its chief executive, Erwin Soravia, operated “a comprehensive corporate social responsibility programme” and have donated over €5m to charities in the past 10 years, just €45,000 of which went to S2Arch.

“We are confident that our donations have been performed appropriately and in the spirit of our social responsibility, which we believe will be confirmed by the court as well,” they said.

A spokesperson for Benko and Signa rejected the allegations against them: “As part of its social commitment, Signa regularly supports national and international projects, particularly in the area of promoting children . . . The donation to this non-profit school project was one of many other contributions to non-profit organisations made by Signa; it is fully unrelated and unconnected to any official business.”