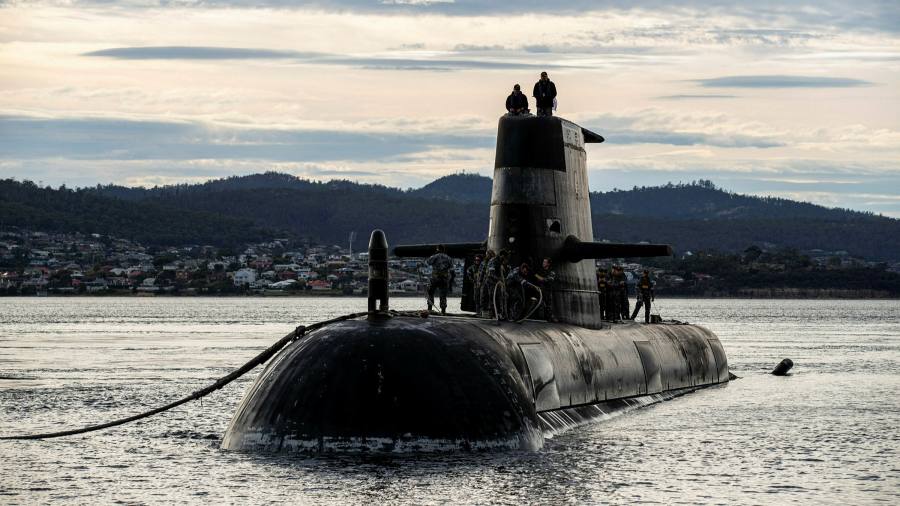 The Australian government has agreed to pay French defence company Naval Group A$830mn (US$585mn) to sever a submarine contract as it prepares to switch to nuclear-powered submarines as part of the Aukus alliance with the US and UK.

Australia had spent A$3.4bn on the Attack-class programme, which did not deliver any submarines, and had budgeted for a potential A$5.5bn hit to extricate itself from the French contract. Anthony Albanese, Australia’s new prime minister, described the deal as an “extraordinary waste”.

The decision to cancel the A$90bn deal with Naval for 12 submarines triggered a meltdown in relations between France and Australia last September. Naval is majority owned by the French government and the contract was a flagship deal for the country’s defence industry.

Albanese, who replaced Morrison as prime minister last month, has moved quickly to settle with the French, a crucial ally in the Pacific, and said he planned to meet Macron as soon as possible to reset relations between the countries, which he said were “vital” to Australia’s national interests.

“We deeply respect France’s role and active engagement in the Indo-Pacific. Given the gravity of the challenges that we face both in the region and globally, it is essential that Australia and France once again unite to defend our shared principles and interests,” Albanese said in a statement.

Australia’s Labor party supported the switch to Aukus, under which Australia will receive nuclear-powered submarines that rendered the conventional diesel-electric submarines from France redundant, but has criticised Morrison’s handling of the negotiations. Albanese said on Saturday that the previous administration would be remembered as “the most wasteful government in Australia’s history since federation”.

Australia joined Aukus as part of a campaign to project its military influence and strengthen alliances in the Indo-Pacific region in response to China’s growing assertiveness.

The severance deal has also revived political tensions over the past week regarding the timetable of the Aukus deal, with Richard Marles, the new defence minister, saying the Morrison government’s delivery schedule for Australian-made nuclear-powered submarines was unrealistic.

Morrison had said last year that the first of the nuclear-powered submarines could be built in Adelaide in 2040, but later seemed to water down the timeline and amount of the project that would be built in Australia.

Peter Dutton, the defence minister at the time Aukus was signed and now leader of the opposition, responded by writing in an editorial in The Australian newspaper that he had planned to buy two US-made Virginia-class submarines by 2030, and expressed concern that Labor would walk away from the pact.

That earned a sharp rebuke from Marles and security analysts for revealing sensitive information at a time when Australia had not yet officially selected between UK and US submarine contractors.

Marles, who is attending the Shangri-La Dialogue in Singapore this week, described Dutton’s intervention as “rank politics”, while Albanese said that Dutton had a responsibility to “put national interest first”.