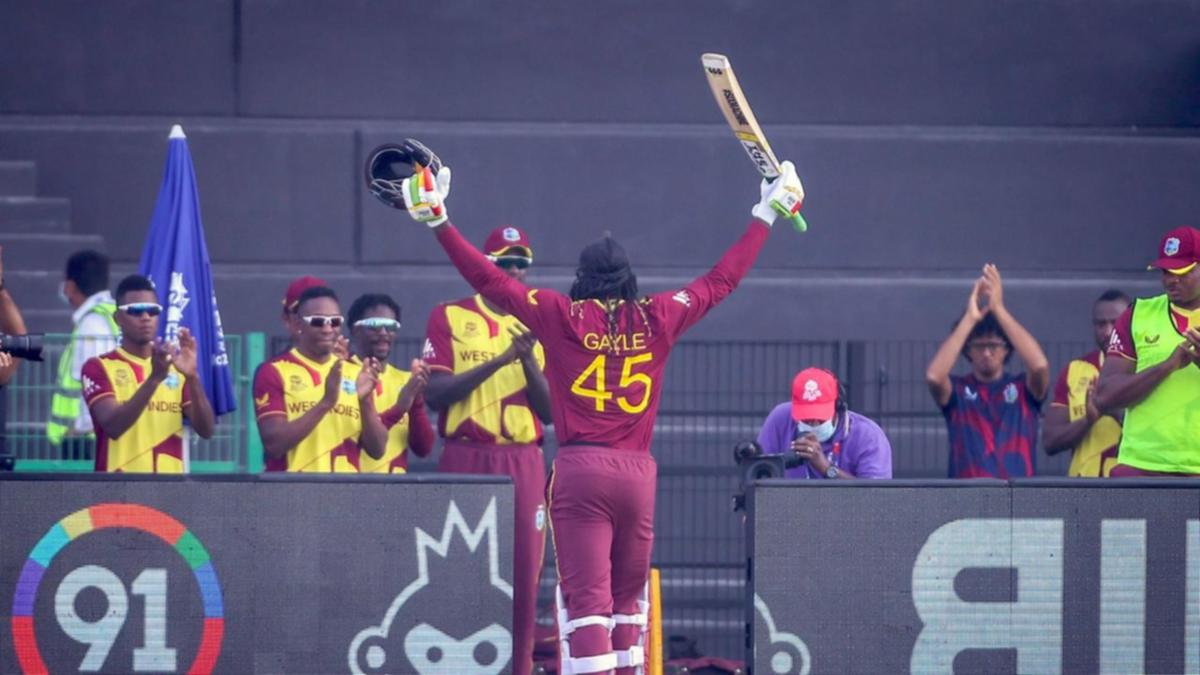 Australia will need to post their highest score of this Twenty20 World Cup to defeat West Indies, having been set a target of 158 in the crunch clash.

Josh Hazlewood recovered from an early onslaught in Abu Dhabi, helping shift momentum to finish with a haul of 4-39 after being carted for 19 runs in his first over.

But a captain’s knock of 44 from Kieron Pollard gave his side something to bowl with, while Andre Russell ended the innings emphatically by striking two sixes off Mitchell Starc to lift West Indies to 7-157.

Aaron Finch’s side will be in the box seat to advance to the semi-finals, ahead of South Africa, if they win.

Such a result would leave the Proteas needing to defeat England in Saturday’s late game, and do it clinically enough to bridge a net run-rate (NRR) gap, to finish above Australia on the points table.

Australia’s best total at this tournament is 3-155, which they cruised to in 17 overs to defeat Sri Lanka.

Chris Gayle wound the clock back in what is expected to be his final international knock, whacking two sixes as his side raced to 0-30 in 2.1 overs.

The 42-year-old Gayle then departed for 15 after edging a delivery from Pat Cummins onto the stumps, acknowledging teammates and spectators in a fashion that suggests he will join Dwayne Bravo in international retirement after this match.

Hazlewood fired out Nicholas Pooran and Roston Chase in the space of three balls as West Indies crashed to 3-35 in the fourth over.

The star paceman returned to the attack to remove Shimron Hetmyer and Bravo, with the former falling to a bouncer he gloved to keeper Matthew Wade.

Wade missed an earlier chance to run Evin Lewis out for 23 at the non-striker’s end, but a fine diving catch from Steve Smith meant the opener added only six runs after the reprieve.

Adam Zampa, who failed to grasp a sharp return catch offered by Pollard on three, wasn’t as lucky.