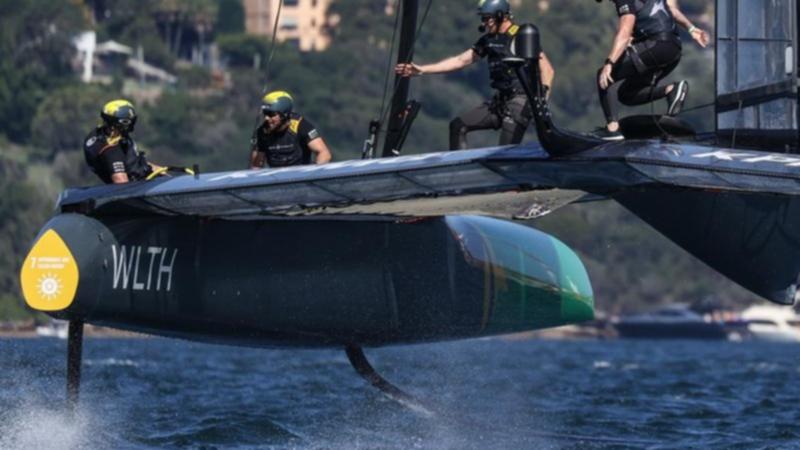 Australia recovered from a poor start to score a vital race win in SailGP on Sydney Harbour, as two of their biggest rivals were involved in a damaging collision.

Tom Slingsby’s series-leading Australian team finished third and seventh in the first two races and were sitiing sixth on the Sydney event standings, with only the top three after Saturday’s two remaining fleet races to qualify for the final.

After fixing a foot-button issue, the Australians dominated Friday’s final race to finish day one on 16 points, tied second with the United States, five behind surprise leaders Spain, the only team to finish in the top three in all three races.

But the big moment came early in the final race and it involved Japan and Great Britain, running third and fourth heading into this week’s penultimate round of the series.

The British F50 catamaran skippered by quadruple Olympic gold medallist Sir Ben Ainslie ploughed into the Japan boat, slicing off its bow, with neither boat able to continue.

“Its definitely ruined our boat and any chance of winning this event.” added Outteridge, who accused the GB boat of reckless sailing.

Asked what happened, Ainslie said “We didn’t see the other boat, we focused on America. That’s our mistake.”

Spain, who led the series after two rounds but had performed poorly since, won Friday’s first race from Great Britain.

The USA, driven by Australian Jimmy Spithill, improved through the day, scoring a sixth, third and second.

“I had a tough day. I struggled to get off the start line in all of those races,” Spithill said.