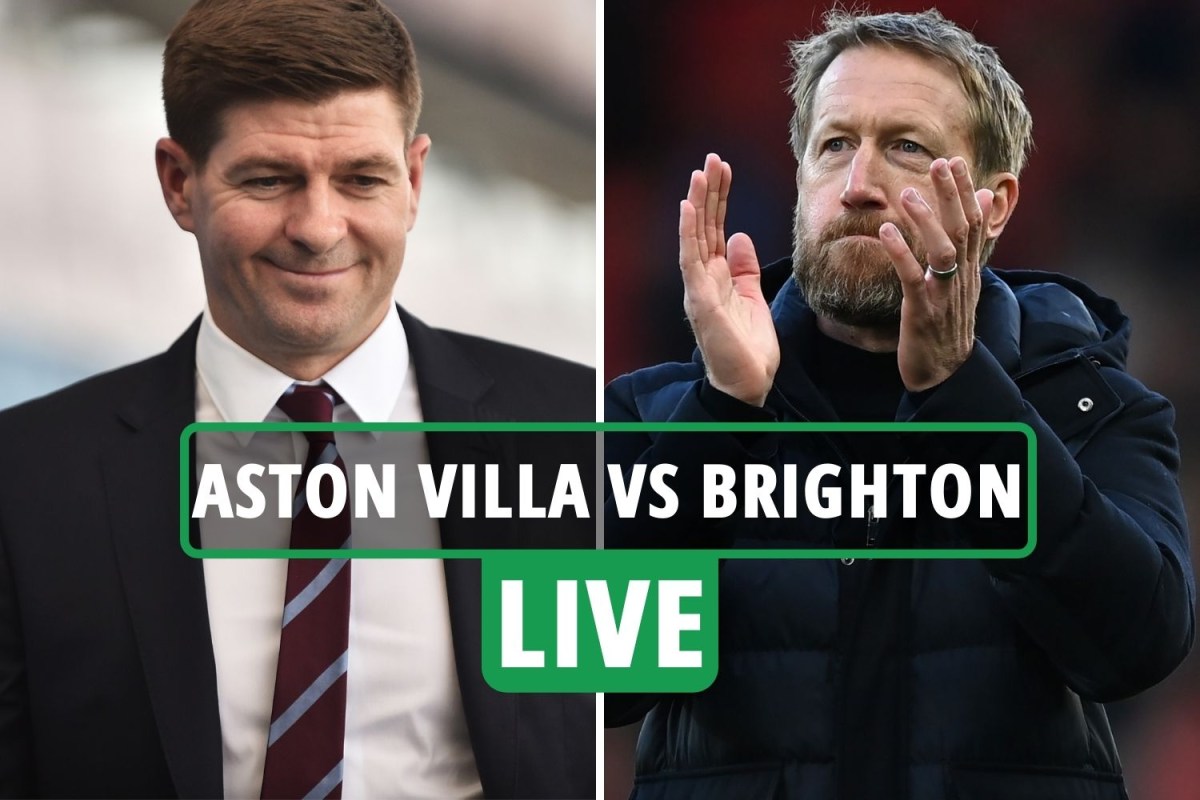 Welcome to our live coverage of the Premier League clash between Aston Villa and Brighton at Villa Park.

Gerrard will be without Douglas Luiz, who has been sidelined since late October with a hamstring injury.

The Liverpool legend will also be deprived of Morgan Sanson and Trezeguet, who are out with an illness and knee injury respectively.

However, the 41-year-old head coach will have Ezri Konsa back in the squad after the defender served a one-game ban.

Brighton manager Graham Potter, on the other hand, will be missing goalkeeper Robert Sanchez as he is suspended following his late red card against Newcastle two weeks ago.