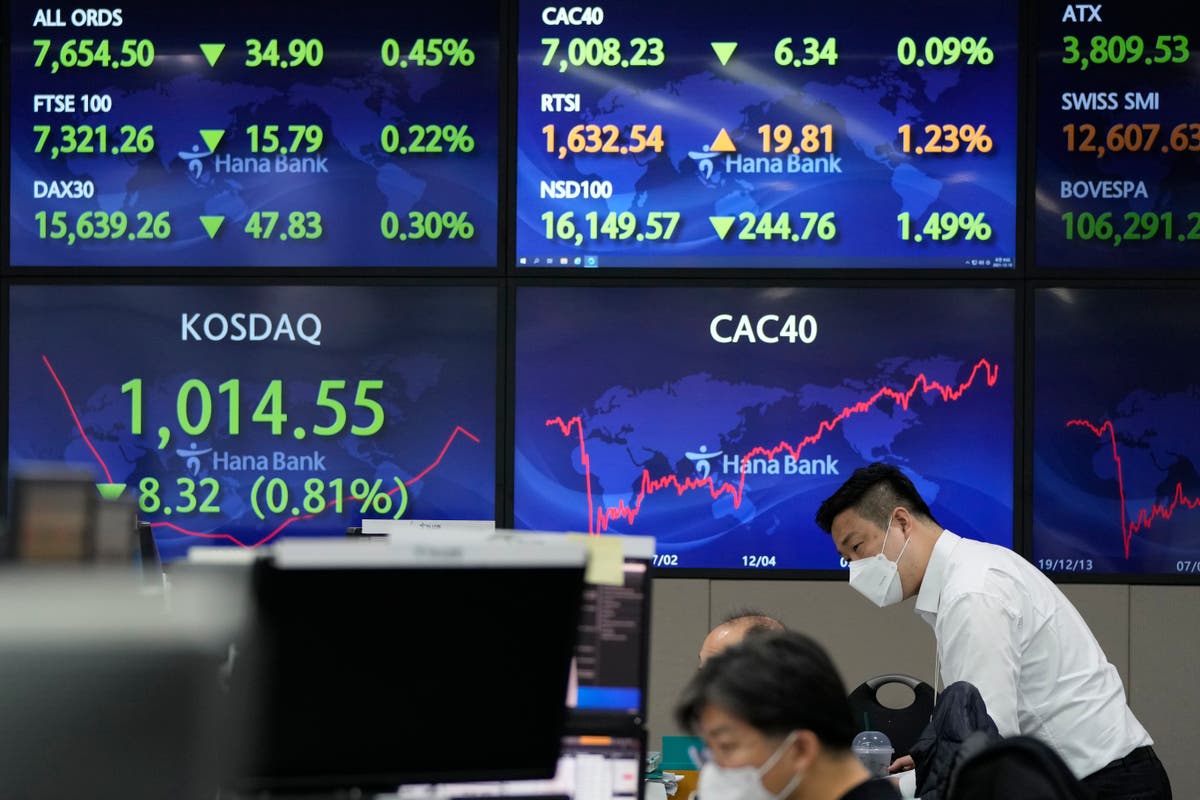 Asian stock markets followed Wall Street lower Friday ahead of U.S. inflation data that might influence a Federal Reserve decision on when to roll back economic stimulus.

Traders were “potentially taking some risks off the table” while they wait for the November consumer price data, said Yeap Jun Rong of IG in a report.

Fed officials, due to meet next week, have said plans to wind down bond purchases and other stimulus measures that are boosting stock prices might be accelerated if needed to cool inflation, which hit a 30-year high in October.

The S&P 500 had gained 3.6% over the previous three days after the chief White House medical adviser said the omicron variant might not be as dangerous as the earlier delta strain. That eased fears of more restrictions on travel and business.

Technology stocks and a mix of retailers and other companies that rely on direct consumer spending weighed the most on the S&P 500. Chipmaker Nvidia fell 3.4%, while Tesla slid 6.1% for the biggest drop in the index.

Health-related stocks rose. Pfizer, which is touting the potential benefits of a vaccine booster against the omicron variant, rose 1.3%.

The Labor Department reported that the number of Americans applying for unemployment benefits plunged last week to the lowest level in 52 years.