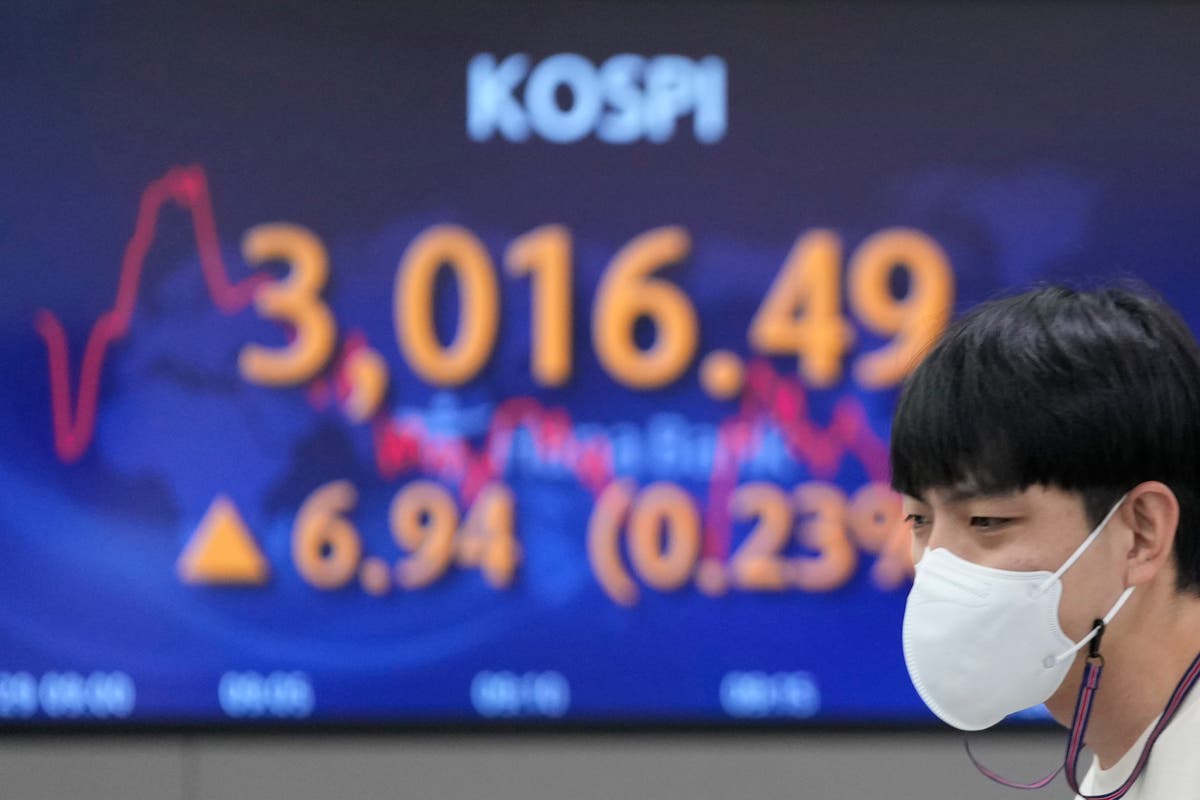 Asian shares were mixed Friday, amid recent signs of optimism about the global economy, including recent rallies on Wall Street

Japan’s benchmark Nikkei 225 recovered after falling in morning trading to finish up 0.3% at 28,892.69, as investors mostly took a wait-and-see attitude ahead of the nationwide parliamentary elections Sunday.

The ruling Liberal Democratic Party, which has ruled almost continuously for decades, is expected to stay in power. But the opposition is also expected to gain ground because of public discontent over the government’s handling of the coronavirus pandemic and worries about the economy.

“While sentiments may want to ride on the bullish moves in Wall Street overnight, market participants will also be digesting the weakness in big tech after-market, which may dampen some optimism,” said Yeap Jun Rong, market strategist at IG in Singapore.

The S&P 500 and Nasdaq reached new highs Thursday, as the market more than made up for modest losses a day earlier.

The S&P 500 rose 1% to 4,596.42, posting its third all-time high this week. More than 80% of the stocks in the benchmark index closed higher. Technology stocks, banks and a mix of companies that rely on consumer spending accounted for much of the gains.

Outside of earnings, investors got a mixed bag of economic updates Thursday.

Hampered by rising COVID-19 cases and persistent supply shortages, the U.S. economy slowed sharply to a 2% annual growth rate in the July-September period, according to the Commerce Department. That marks the weakest quarterly expansion since the recovery from the pandemic recession began last year.

The Labor Department released a more upbeat report on the nation’s unemployment situation. The number of Americans applying for unemployment benefits fell to a pandemic low last week, another sign that the job market and economy continue to recover from last year’s coronavirus recession.

Both the pace of economic growth and the state of the jobs market are on investors’ minds as they look ahead to the Federal Reserve’s meeting next week to see how it moves forward with plans to trim bond purchases and its position on interest rates.

Rising energy prices have also raised concerns about the cost for consumers as they pay more to fill gas tanks and heat homes. U.S. crude oil prices inched up 0.2% Thursday and have jumped more than 70% so far this year.

Benchmark U.S. crude gained 14 cents to $82.95 a barrel in electronic trading on the New York Mercantile Exchange. It picked up 15 cents to $82.81 per barrel on Thursday. Brent crude, the international standard, rose 18 cents to $83.84 a barrel.