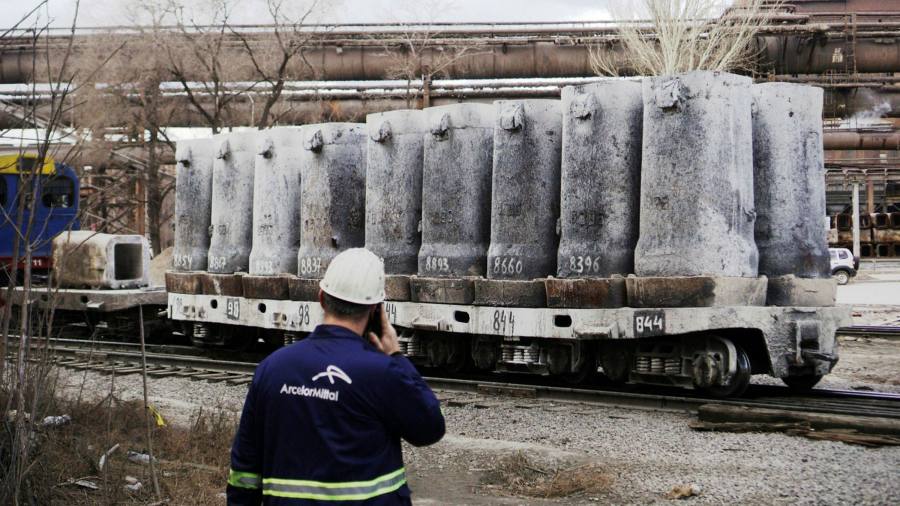 Steel group ArcelorMittal’s bank accounts in Ukraine have been frozen by a court after a senior executive at the company was accused of tax evasion in the latest attack on the group by the authorities.

The multinational company, one of the world’s leading steel producers, is Ukraine’s largest foreign direct investor and has faced several investigations over tax in the past few years.

The Luxembourg-based group bought the steel mill in Kryviy Rih — Ukraine’s largest and one of the biggest in Europe — from the state for $5.2bn in 2005. It says it has pumped an additional $4.8bn into the country since then.

A Ukraine court ruled in favour of a request from the prosecutor-general’s office for the freezing of accounts, resulting in the halt of financial transactions, as fears mount over a Russian military attack. Russia has deployed more than 100,000 troops close to the Ukraine border and demanded that the US and Nato agree to security pledges banning former Soviet states from joining the western military alliance and restricting where US troops could be stationed in eastern Europe.

Ukraine court documents accused the group’s chief financial officer in Ukraine of failing to pay tax arrears of 2.24bn hryvnias ($81m). The allegations are based on investigations conducted by the counter-intelligence agency Security Service (SBU) and are the latest in a number of court cases and probes against the company over tax.

The CFO, who was named by ArcelorMittal as Serhiy Plichko, could not be reached for comment.

But ArcelorMittal, on his behalf, defended him against the accusations. Yaryna Klyuchkovska, an ArcelorMittal spokesperson, said tax evasion cases should not fall under the “purview of the SBU’s investigative powers” and the freezing of assets order in Kyiv “was based on an individual, not the company”.

“The company considers these charges baseless and a clear example of political pressure on a major foreign investor,” a separate company news release stated.

“Still, the criminal charges, however contrived, are brought against an individual, not the company. There is no current tax related civil proceeding against ArcelorMittal Kryviy Rih and therefore no legal grounds to freeze the company’s accounts.”

Klyuchkovska noted that the company had won previous court rulings related to alleged tax evasion in its name and found it puzzling why a corporate officer would be targeted individually, which is a criminal, not administrative case.

The prosecutors said on their telegram channel, used to broadcast official messages, that their action was aimed to “compensate for the damage caused to the budget of Ukraine”.