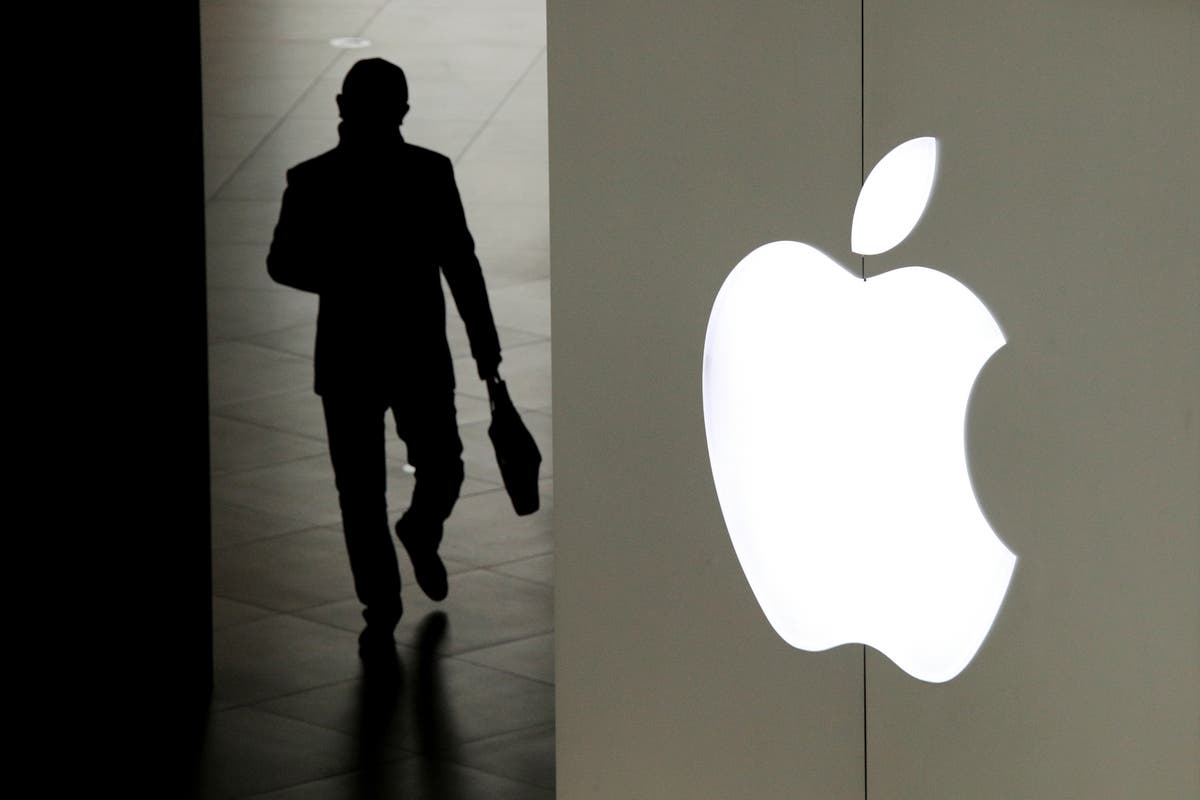 Two years ago, Apple threatened to pull Facebook and Instagram from its app store over concerns about the platform being used as a tool to trade and sell maids in the Mideast.

After publicly promising to crack down, Facebook acknowledged in internal documents obtained by The Associated Press that it was “under-enforcing on confirmed abusive activity” that saw Filipina maids complaining on the social media site of being abused. Apple relented and Facebook and Instagram remained in the app store.

But Facebook’s crackdown seems to have had a limited effect. Even today, a quick search for “khadima,” or “maids” in Arabic, will bring up accounts featuring posed photographs of Africans and South Asians with ages and prices listed next to their images. That’s even as the Philippines government has a team of workers that do nothing but scour Facebook posts each day to try and protect desperate job seekers from criminal gangs and unscrupulous recruiters using the site.

While the Mideast remains a crucial source of work for women in Asia and Africa hoping to provide for their families back home, Facebook acknowledged some countries across the region have “especially egregious” human rights issues when it comes to laborers’ protection.

“In our investigation, domestic workers frequently complained to their recruitment agencies of being locked in their homes, starved, forced to extend their contracts indefinitely, unpaid, and repeatedly sold to other employers without their consent,” one Facebook document read. “In response, agencies commonly told them to be more agreeable.”

The report added: “We also found recruitment agencies dismissing more serious crimes, such as physical or sexual assault, rather than helping domestic workers.”

In a statement to the AP, Facebook said it took the problem seriously, despite the continued spread of ads exploiting foreign workers in the Mideast.

“We prohibit human exploitation in no uncertain terms,” Facebook said. “We’ve been combating human trafficking on our platform for many years and our goal remains to prevent anyone who seeks to exploit others from having a home on our platform.”

This story, along with others published Monday, is based on disclosures made to the Securities and Exchange Commission and provided to Congress in redacted form by former Facebook employee-turned-whistleblower Frances Haugen’s legal counsel. The redacted versions were obtained by a consortium of news organizations, including the AP.

Taken as a whole, the trove of documents show that Facebook’s daunting size and user base around the world — a key factor in its rapid ascent and near trillion-dollar valuation — also proves to be its greatest weakness in trying to police illicit activity, such as the sale of drugs, and suspected human rights and labor abuses on its site.

Activists say Facebook, based in Menlo Park, California, has both an obligation and likely the means to fully crack down on the abuses their services facilitate as it earns tens of billions of dollars a year in revenue.

“While Facebook is a private company, when you have billions of users, you are effectively like a state and therefore you have social responsibilities de facto, whether you like it or not,” said Mustafa Qadri, the executive director of Equidem Research, which studies migrant labor.

“These workers are being recruited and going to places to work like the Gulf, the Middle East, where there is practically no proper regulation of how they’re recruited and how they’re treated when they end up in the places where they work. So when you put those two things together, really, it’s a recipe for disaster.”

Mary Ann Abunda, who works with a nongovernmental Filipino workers’ welfare group called Sandigan in Kuwait similarly warned of the danger the site can pose.

“Facebook really has two faces now,” Abunda said. “Yes, as it advertises, it’s connecting people, but it has also become a haven of sinister people and syndicates who wait for your weak moment to pounce on you.”

Facebook, like human rights activists and others worried about labor across the Mideast, pointed to the so-called “kafala” system prevalent across much of the region’s countries. Under this system, which allowed nations to import cheap foreign labor from Africa and South Asia as oil money swelled their economies beginning in the 1950s, workers find their residency bound directly to their employer, their sponsor or “kafeel.”

While workers can find employment in these arrangements that allow them to send money back home, unscrupulous sponsors can exploit their laborers who often have no other legal recourse. Stories of workers having their passports seized, working nonstop without breaks, and not being properly paid long have shadowed major construction projects, whether Dubai’s Expo 2020 or Qatar’s upcoming FIFA 2022 World Cup.

While Gulf Arab states like the UAE and Qatar insist they’ve improved working conditions, others like Saudi Arabia still require employers to approve their workers leaving the country. Meanwhile, maids and domestic workers can find themselves even more at risk by living alone with families in private homes.

In the documents seen by the AP, Facebook acknowledges being aware of both the exploitive conditions of foreign workers and the use of Instagram to buy and trade maids online even before a 2019 report by the BBC’s Arabic service on the practice in the Mideast. That BBC report sparked the threat by Cupertino, California-based Apple to remove the apps, citing examples of pictures of maids and their biographic details showing up online, according to the documents.

Facebook engineers found nearly three-fourths of all problematic posts, including showing maids in videos and screenshots of their conversations, occurred on Instagram. Links to maid-selling sites predominantly affected Facebook.

Over 60% of the material came from Saudi Arabia, with about a quarter coming from Egypt, according to the 2019 Facebook analysis.

In a statement to the AP, Saudi Arabia’s Ministry of Human Resources and Social Development said the kingdom “stands firmly against all types of illegal practices in the labor market” and that all labor contracts must be approved by authorities. While keeping in contact with the Philippines and other nations on labor issues, the ministry said Facebook had never been in touch with it about the problem.

While Facebook disabled over 1,000 accounts on its websites, its analysis papers acknowledged that as early as 2018 the company knew it had a problem with what it referred to as “domestic servitude.” It defined the problem as a “form of trafficking of people for the purpose of working inside private homes through the use of force, fraud, coercion or deception.”

The issue appeared a wide-enough problem that Facebook even used an acronym to describe it — HEx, or “human exploitation.” Users at the time reported only 2% of problematic content, likely due to the desire to travel abroad for work. Facebook acknowledged it only scratched the surface of the problem and that “domestic servitude content remained on the platform.”

After a week, Facebook shared what it had done and Apple apparently dropped the threat. Apple did not respond to requests for comment, but Facebook acknowledged how seriously it took the threat at the time.

“Removing our applications from Apple platforms would have had potentially severe consequences to the business, including depriving millions of users of access,” the analysis said.

The problem, however, continues today across both Facebook and Instagram. Facebook appears to acknowledge that in more recent documents seen by the AP. It described engineers accessing problematic messages in maid-recruiting agencies’ inboxes, including one in which a Filipina specifically is mentioned as being “sold” by her Kuwaiti employers.

“Sometimes my head and ears hurt from being hit,” another batch of messages from a Filipina in Kuwait read. “When I escape from here, how will I get my passport? And how can we get out of here? The door is always locked.”

Another Filipina housemaid in Kuwait, who described being “sold” to another family through an Instagram post in December 2012, told the AP that she knew of other cases of Filipinas being “traded online like merchandise.”

“I was like an animal that was being traded by one owner to another,” said the woman, who spoke from Kuwait on condition of anonymity out of fear of reprisals. “If Facebook and Instagram won’t take stronger steps against this anomaly, there will be more victims like me. I was lucky because I did not end up dead or a sexual slave.”

Authorities in Kuwait, where the Philippines temporarily banned domestic workers from going after an abused Filipina was found dead in a refrigerator in 2018 over a year after disappearing, did not respond to requests for comment.

In the Philippines, the billions of dollars annually sent home from overseas workers represent nearly 10% of the country’s gross domestic product. Those wanting to go abroad trust Facebook more than the private recruiting agencies monitored by the government in part over past scandals, said Bernard Olalia, who heads the Philippine Overseas Employment Administration, which has the team monitoring Facebook postings.

Job seekers mistakenly believe the Philippine Overseas Employment Administration endorses some of the Facebook and Instagram accounts, in part as they misused the office’s logos, he said.

With the coronavirus pandemic locking down the Philippines for months, those wanting to work abroad are even more desperate than before for any opportunity. Some see “application fees” stolen by criminal gangs, he said. Others have been trafficked or sexually exploited.

“Words are not enough to describe their predicament but the situation is devastating for them,” Olalia said. “They expected to recover again, they invested just to ensure they’ll have a destination only to end up as victims of illegal recruitment. That’s devastating on their part.”

Facebook suggested a pilot program to begin in 2021 that targeted Filipinas with pop-up messages and banner ads warning them about the dangers working overseas can pose.

It remains unclear whether it ever began, though Facebook said in its statement to the AP that it delivers “targeted prevention and support ad campaigns in countries such as the Philippines where data suggests people may be at high risk of exploitation.” Facebook did not answer specific questions posed by the AP about its practices.

Olalia said his office for the last two years had a direct line to Facebook to be able to flag suspicious accounts. But even that isn’t enough as more and more pop up to replace them.

“It will affect their income so they don’t want to address this,” he said.

That leaves some of the most-desperate job seekers in the world vulnerable to promises and possible trafficking on Facebook.

“We’ve seen since the pandemic that these low-wage workers who literally raise our children, they build our buildings, they cook our food, they deliver our meals. They’re not just low-wage workers, they’re essential workers,” said Qadri, the migrant rights expert. “So we really have a duty to address these problems because our entire civilization is dependent on these people.”