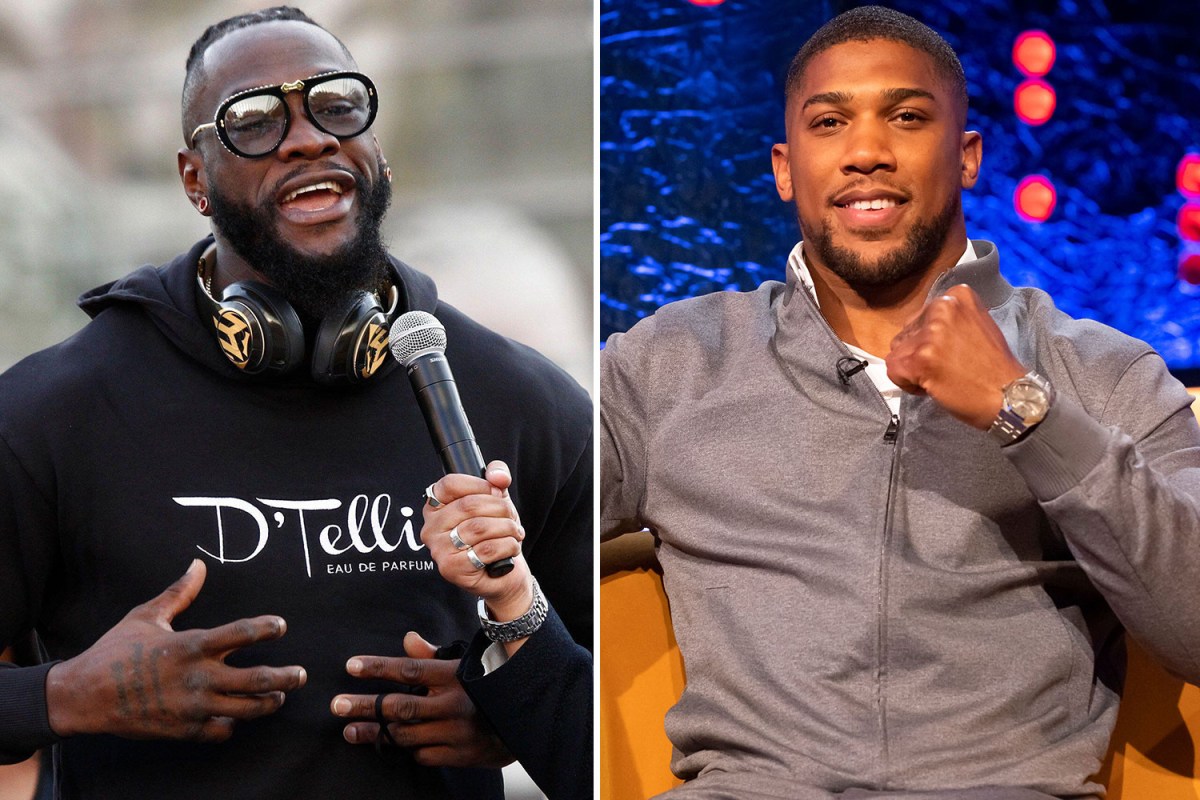 ANTHONY JOSHUA has confirmed that he would be willing to fight Deontay Wilder next year.

The Brit, 31, is set to take on Oleksandr Usyk once again in the spring, after invoking his rematch clause with the Ukrainian.

But he is already looking beyond Usyk at other potential matchups.

Asked what his future holds by IFL TV, Joshua said: “If the fans can’t see I would take these fights with the fighters like Wilder in a heartbeat,.

“And I want people to know that I would fight anyone in their prime or anytime.

“I will take on any challenge providing politics aren’t an issue and the finances are there with these guys, people know what I am about.

“I think Wilder fought (Tyson) Fury thinking it was going to be easier than his previous fights and got caught in a trilogy web.

“But would I fight Wilder, yes I would.”

When asked what would motivate the Bronze Bomber, 36 – Wilder’s co-manager Shelly Finkel exclusively revealed to SunSport that his client would be interested in a showdown with AJ.

He said: “My gut says the big fights. It’s not on the drawing board now, but he would love to get Fury back again.

“But again, it’s early and we have to get through Usyk and Joshua and see a couple of other possibilities.

“It’s a massive fight [Wilder vs Joshua], no matter what happens in the Joshua – Usyk fight.

“And I’m not sure that Usyk, even with his great skills, will be able to deal with the size of Fury.”

Wilder’s famous right hand is set for surgery, after suffering a gruelling injury against the Gypsy King.

Finkel continued: “Deontay broke his right hand behind the third knuckle and he has to have that fixed next week.

“He has to have surgery, the knuckle is OK, it’s the bone behind the knuckle that broke. He’s sore but he was OK, he was home yesterday.”