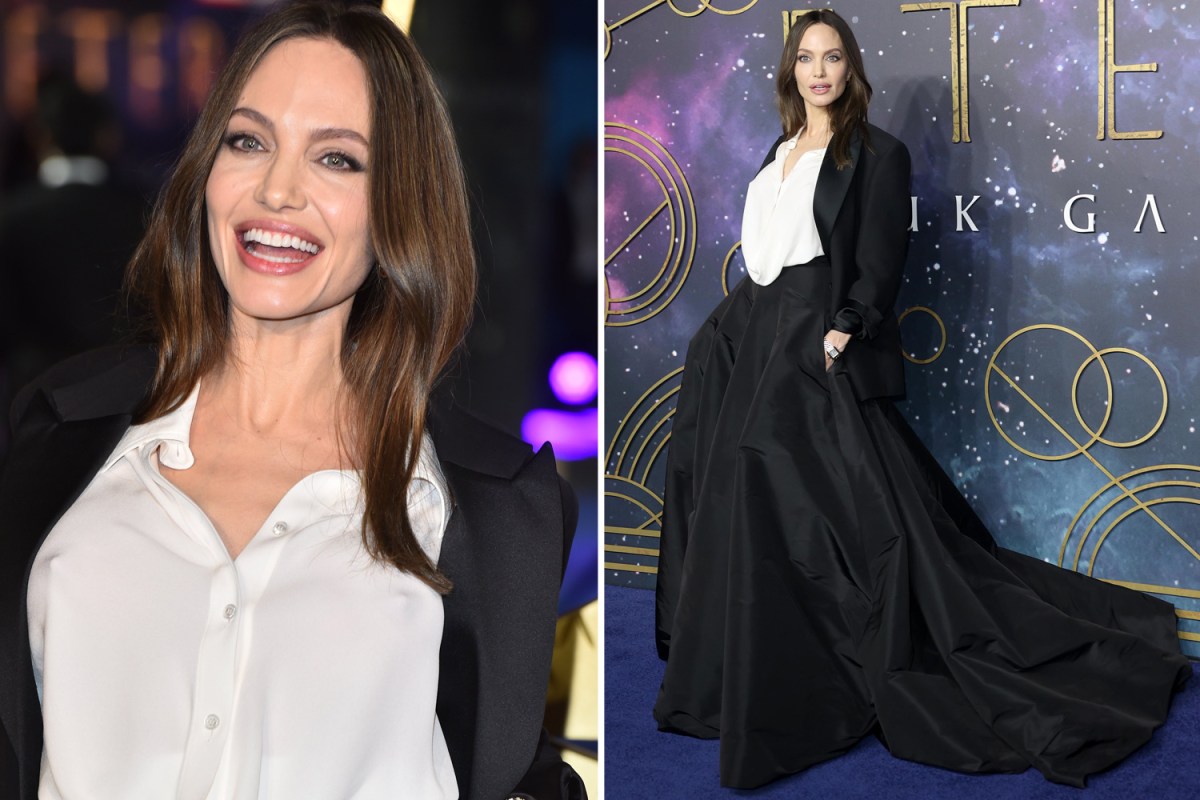 ANGELINA Jolie flashes a dazzling smile at the premiere of her latest movie, Eternals.

The star, 46, plays Thena in the film based on the Marvel Comics super-race of the same name.

The film is out on November 5.

It sees the Eternals, an immortal alien race, come out of hiding after thousands of years to protect Earth from their evil counterparts, the Deviants.