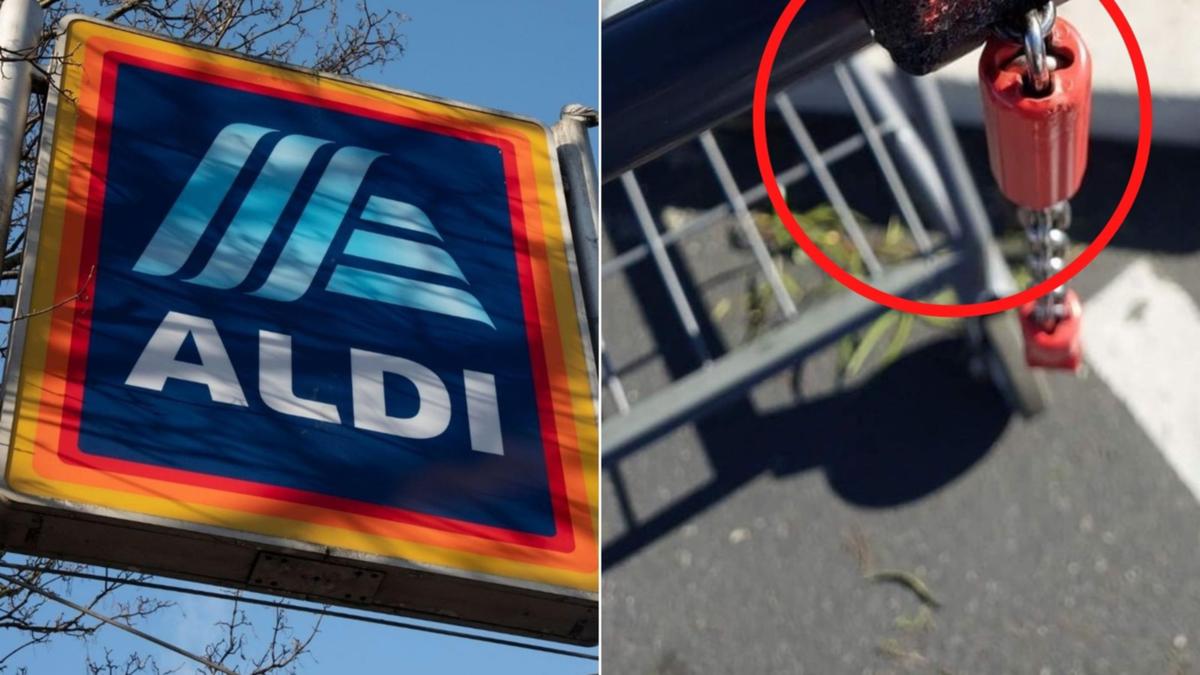 An ALDI shopper’s unbelievable act with a supermarket trolley has sparked a wave of criticism on social media.

Sharing on Reddit, an onlooker posted a photo of the shopping cart discovery which was spotted outside a US ALDI store.

The Reddit user claimed that the shopper had burned the handle of the cart to retrieve the coin “instead of returning it” to the trolley bay.

The image shows how the area which hold the trolley coin or token has been melted away and the money removed.

Many Reddit users were horrified at the “sheer laziness” of the shopper who chose to burn the trolley instead returning it.

“They literally could have walked it a few feet to lock it to the rest of the carts to get the quarter,” the Reddit user who posted the image said.

“The amount of time it took to melt it with I’m assuming is a typical Bic lighter is counter productive.”

Said another: “Isn’t it significantly easier, faster, and cheaper to just put it back?

“No need to fiddle with a lighter for however long it takes you to melt the thing, and you will save lighter fluid too. The person who did this is just an asshole or an addict.”

Wrote a third: “Absolutely wow. This world never ceases to amaze me.”

Added one more: “That’s a pure dedication to laziness.”