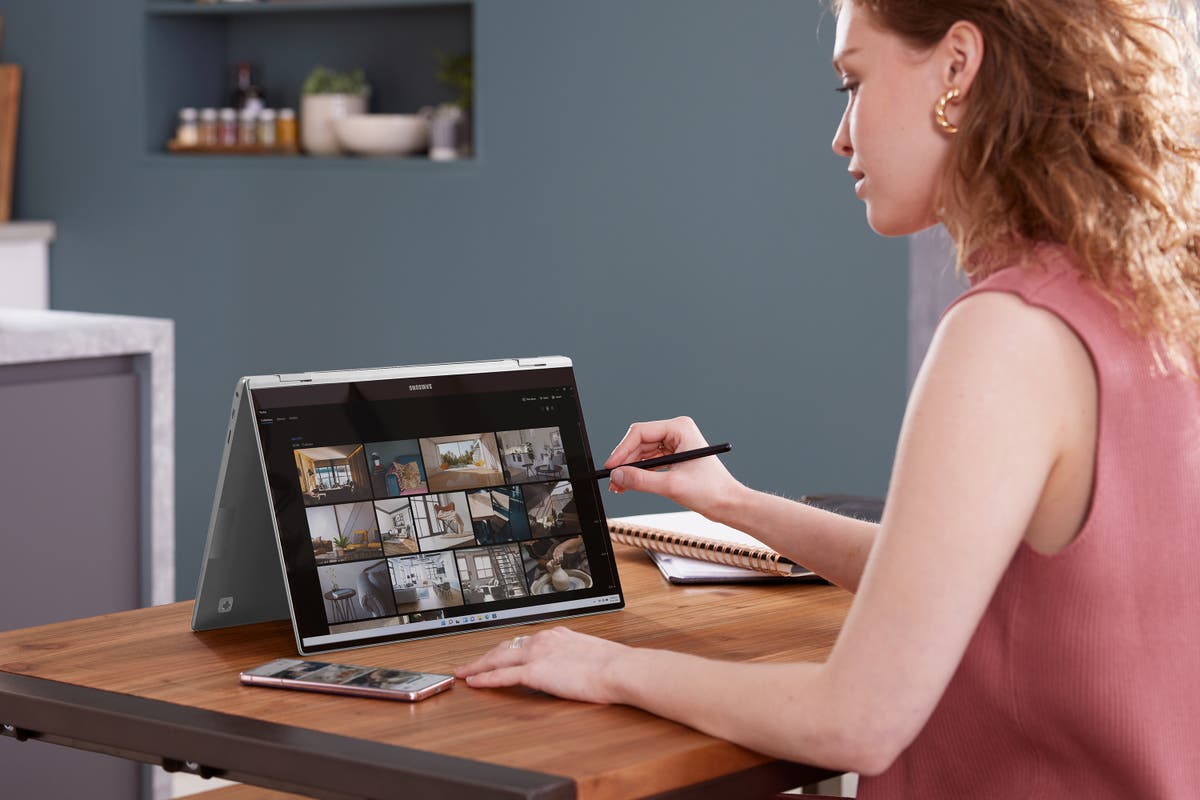 hat do you want in a laptop? Portability is almost certainly near the top of your wish-list – otherwise you would have picked a desktop PC. So, the lighter the better – but only so long as you don’t have to sacrifice power.

Screen size is important, too, but a bigger display can mean a heavier laptop. So, what to do? Enter the Samsung Galaxy Book Pro 360 5G, built according to the philosophy, wouldn’t it be great if you could get the best of everything? With Samsung, the best is at your fingertips.

At one glance you can see how svelte the Samsung Galaxy Book Pro 360 5G is – it’s smartphone-thin and on first pick-up you can’t miss how feather-light it is, and with its faster, more compact solid state drive (SSD) storage, you can take it anywhere.

And that use-anywhere capability is not just because it’s so light. It’s a laptop that’s very well-connected. It has a SIM card slot built in that’s 5G compatible, and what’s more, it’s the first 5G laptop to come with Windows 11 already installed, so you know it’s bang up to date.

More than that, the 5G connectivity adds security: you never need to risk connecting to open Wi-Fi networks with all the problems that may lurk there. And 5G is often faster than Wi-Fi.

A laptop and tablet in one

There’s much more versatility on offer, too. As well as being light, Samsung’s Galaxy Book Pro 360 5G can be used in a range of different ways. The laptop opens up to reveal its comfortable keyboard. But unlike most laptops, the display folds back on itself to behave like a tablet – and because it’s so thin, this is still very manageable in tablet orientation. If you want to watch a movie on the sumptuously bright display, you can position it like a tent, and the content on screen automatically turns the right way up.

That 13.3in display, by the way, is touch-sensitive – many laptops can’t boast that. Which means you can sketch with your finger in a painting app, for instance, and if that isn’t enough, a highly effective stylus is included in the box for no extra charge. The S Pen is lightweight but feels good in the hand and offers pinpoint precision as you draw or write. It’s so fast, there’s no latency, so it flows and feels as natural as writing on paper.

A laptop needs to be fast and effective enough to work smoothly and seamlessly all the time, every time. The Samsung Galaxy Book Pro 360 5G does all that, but it’s so light, thin and powerful that it takes your breath away.