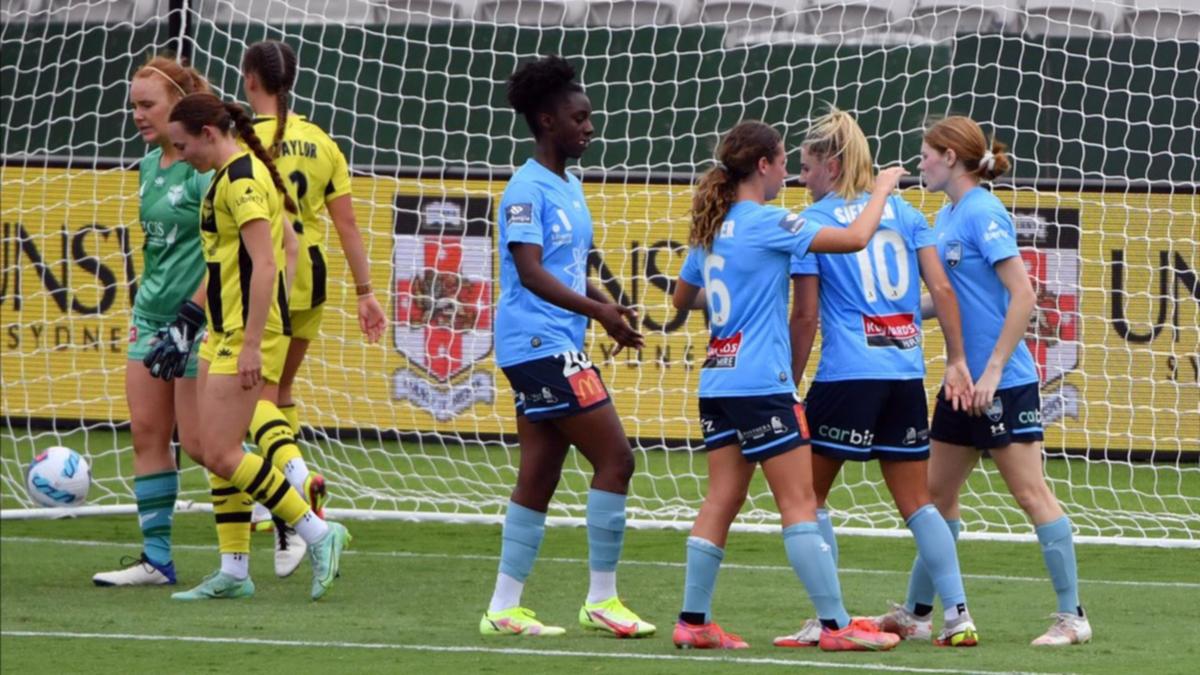 A Cortnee Vine strike from the acutest of angles highlighted a comfortable Sydney FC 3-0 win against Wellington Phoenix as the Sky Blues retained their hold on top spot in the A-League Women standings.

Sydney FC were dominant against the inexperienced Phoenix but only managed to carve out a couple of clear-cut chances until the latter stages at Kogarah Jubilee Stadium on Sunday.

A blazing sun disappeared before the afternoon kick-off but warm and blustery conditions did little to aid a match which was disjointed at times.

It is a third straight win for last season’s runners-up while the Phoenix have yet to record a point in their debut campaign.

A low-key first half was punctuated by Vine who outmuscled her opponent on the sideline, before cutting in and poking the ball past goalkeeper Lily Alfeld from a seemingly impossible angle on 24 minutes.

Sydney FC custodian Jada Whyman was largely a spectator at the other end, but 18-year-old Alyssa Whinham showed some nice touches and looked threatening on occasions.

The Sky Blues doubled their advantage eight minutes after the interval as halftime substitute Charlize Rule converted the easiest of chances after Princess Ibini’s shot deflected into her path.

The win allowed Sydney FC to stay ahead of Melbourne Victory – last season’s fellow grand finalists – on goal difference at the top of the standings.

The home side were so dominant that Sydney FC coach Ante Juric brought on reserve goalkeeper Katie Offer for the final 20 minutes.

Sydney FC will return to action on December 27 with a derby against the Western Sydney Wanderers, while the Phoenix will tackle mid-table Newcastle Jets on the same day at Central Coast Stadium.