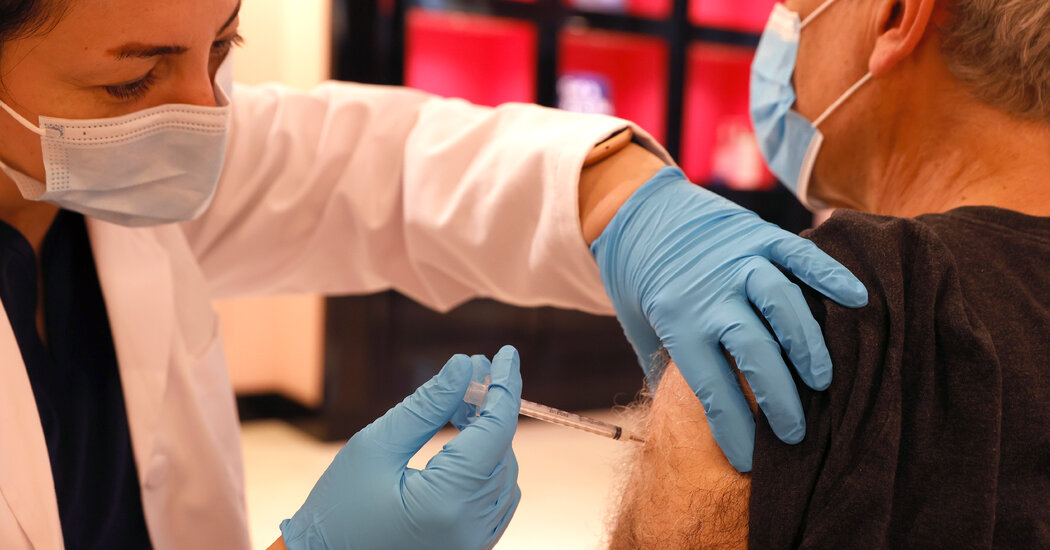 California is opening up eligibility for booster coronavirus vaccine shots to include anyone 18 or over, making it at least the second state to expand official eligibility beyond older adults and people in high-risk circumstances. Colorado took a similar step this week.

California’s vaccination sites should not turn away anyone requesting a booster if they are 18 or older and were fully vaccinated sufficiently earlier, Dr. Tomás J. Aragón, the state’s public health director, said in a letter dated Nov. 9. Boosters can be administered six months after full vaccination with the Pfizer-BioNTech or Moderna vaccines, and two months after Johnson & Johnson’s single shot.

California’s vaccination providers should “allow patients to self-determine their risk of exposure,” he said, including whether their work, location or members of their households put them at higher risk of contracting the virus.

That allows greater leeway than the guidance from Centers for Disease Control and Prevention, the nation’s public health agency, which recommends boosters for fully vaccinated adults with underlying medical conditions, those who are 65 and older, and those 18 and over whose work exposure puts them at risk.

However, in practice, boosters are widely available across the United States because many vaccination providers allow individuals to self-affirm their eligibility.

In a news conference on Wednesday, California officials noted that cases were on a troubling ascent in other parts of the country, and that vaccines were the best way to prevent a winter surge. They recalled last year’s terrifying winter months, when California’s hospitals were stretched to their limits and so many Covid patients died that officials were forced to deploy mobile morgues.

Dr. Mark Ghaly, the state’s secretary of health and human services, said that federal guidelines recognized that there is increasing evidence of waning immunity months after people are fully vaccinated and that people outside the groups specified by the C.D.C. could also get booster shots if they are available.

“If you’re interested in getting a booster, go ahead and get one,” he said.

On Tuesday, Pfizer and BioNTech requested that the Food and Drug Administration expand booster eligibility to anyone 18 and older, but that decision has not yet been made. Only after the F.D.A. makes a determination would the C.D.C. consider altering its own guidance.