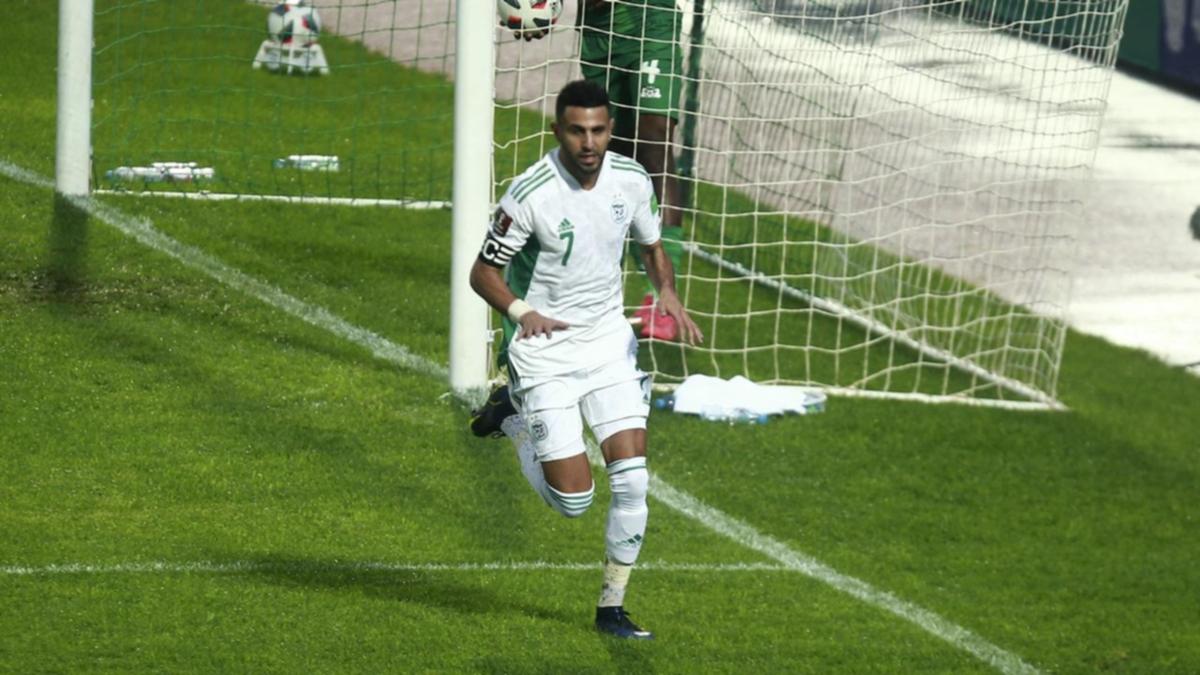 Home draws have been enough for Algeria and Nigeria to reach the final hurdle of African World Cup qualifying on the road to Qatar 2022.

Manchester City’s Riyad Mahrez and Galatasaray’s Sofiane Feghouli scored as Algeria drew 2-2 in Blida against Burkina Faso. The draw maintained their two-point advantage over the visitors and secured top spot in qualifying group A.

Also on Tuesday Nigeria scored in the opening minute against Cape Verde through Napoli’s Victor Osimhen, but conceded in the eighth. The Super Eagles, who also featured Leicester’s Wilfred Ndidi and Kelechi Iheanacho, Everton’s Alex Iwobi and Rangers Joe Aribo, held on for the draw that kept their two-point edge over their archipelago opponents to top Group C.

The pair join Egypt, DR Congo, Ghana, Mali, Morocco and Senegal in the last round with the two places to be decided later Tuesday between Tunisia and Equatorial Guinea, and Ivory Coast and Cameroon.

The ten qualifiers will be drawn into five home-and-away ties with the winners going to Qatar. Of the 12 teams left in contention only Mali and Equatorial Guinea, have never played at a World Cup.

However, there could yet be a change in the qualifiers if FIFA agree with a complaint filed by South Africa about the refereeing in their tie in Ghana on Monday.

Ghana won 1-0 through a disputed penalty. A draw would have put Bafana Bafana though and South Africa have asked for the match to be replayed.

That would be unusual, but there is precedent when South Africa had to replay a match against Senegal in qualifying for the 2018 finals after it was found the referee had fixed the match to satisfy a betting scam.

“FIFA has received a complaint from the South African FA in relation to this matter and will review it,” the governing body said on Tuesday.