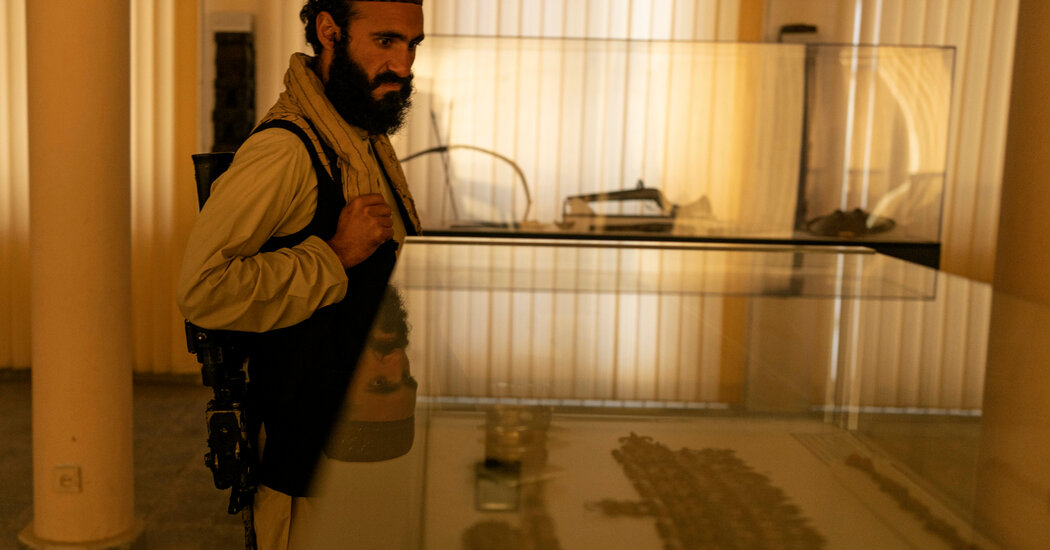 Sharifi described having to destroy, more recently, his own sculptures and hide his paintings when the Taliban arrived in Kabul in August, remembering what happened the last time they were in power. “Any expression of art was banned,” he said. “My daily routine walking anywhere in Kabul was seeing all these cassettes, tapes, TVs all broken on every square and road.”

“There is no positive news for artists or for art and culture,” Sharifi said, reflecting on how the Taliban painted over murals made by his artists’ group, ArtLords, and how artists were forced to flee the country this August. But the museum reopening is “a very small step in the most dire of situations. It’s a candle lit. We’re not sure how this will go beyond this moment, but it is a positive gesture.”

Nabipour added that he doesn’t have many positive memories of visiting the museum in the past. He said he was always worried about its fate.

“Instead of enjoying to see the priceless artifacts of the different and glorious history of my country, I was worrying about losing them when I, along with students of the art school, visited the national museum or national archives,” he said. “I thought to myself, what would happen if an explosion targeted this place? What would the Taliban do with these artifacts if they win?”

But Gil Stein, a professor of archaeology at the University of Chicago and the director of the Chicago Center for Cultural Heritage Preservation, said it’s a good sign that the Taliban allowed the director of the museum, Mohammad Fahim Rahimi, to remain in his position. In September, Rahimi told The National, a publication focusing on coverage of the Middle East, that he “felt the responsibility for the museum: that I should take care of it, and that I should not leave it. I was ready to give my life for it.” Rahimi did not respond to requests for comment.

In a statement released in February, the Taliban vowed to protect cultural heritage and stop people from looting. “As Afghanistan is a country replete with ancient artifacts and antiquity, and that such relics form a part of our country’s history, identity and rich culture, therefore all have an obligation to robustly protect, monitor and preserve these artifacts,” it read. “All Mujahideen must prevent excavation of antiquities and preserve all historic sites like old fortresses, minarets, towers and other similar sites.”